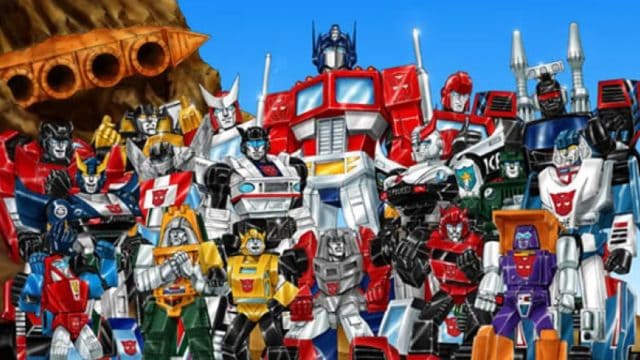 The 1980’s were an awesome time to be a kid. The cartoons alone were just great and there were so many of them to pick from! If you didn’t like fantasy then there was something a little more real, if you didn’t like that then there were plenty that were just so far out there that they’d make your head spin trying to keep up. The point is that even now I’m betting that a lot of you can remember those theme songs to your favorite cartoons that you would sing all the time growing up. In fact some of us might have kids now that have somehow gotten a hold of some of these cartoons and now drive us nuts the same way we did our folks.

Hey, you know payback comes around, but at least you might remember a few of the themes on this list.

5. Disney’s Adventure of the Gummi Bears

There are actually people that refused to believe that this cartoon ever existed. Even with proof such as this some folks don’t seem to remember that Disney did in fact come out with a cartoon based entirely upon the premise of ‘gummy bears’ that would drink a secret berry potion and gain the power to bounce and jump in order to confuse their enemies and move along at an even faster clip. Plus it was just a catchy tune.

Thunder, thunder, thunder, Thundercats, ho! This cartoon actually had a reboot back in 2011 but it was over and done with by 2012. One very disturbing thing about this cartoon is the fact that that their leader, Lion-O, was a kid during their journey to their new planet, but had his age accelerated so that he would be a grown man upon their arrival. That technically means that he’s a boy in a man’s body. Ooookay.

Yo Joe! That was the rallying cry for the real American hero when the group of elite soldiers were about to go tearing into COBRA’s forces en masse, taking on hi-tech weaponry and ruthless masterminds with a wild abandon that eventually sends the bad guys running. The only problem is what happens during peace time? What do the elite warriors do then?

Scrooge McDuck was awesome, ’nuff said. So he wasn’t always the nicest guy, but he was there for his nephews and other friends when it counted. He was also a solid character that happened to have made the show what it was. Huey,  Dewey, and Louie were good, but they weren’t so solid as characters that they could have carried the whole show. Scrooge was the guy that made it work.

So a bunch of space robot aliens crash land on our planet long before humanity ever becomes what we are now and they never managed to settle things until this point? I like Transformers a lot, but if you really ever looked at the original premise it was a little thin. That could be why they changed up the time frame for the story once or twice throughout the history of the franchise.