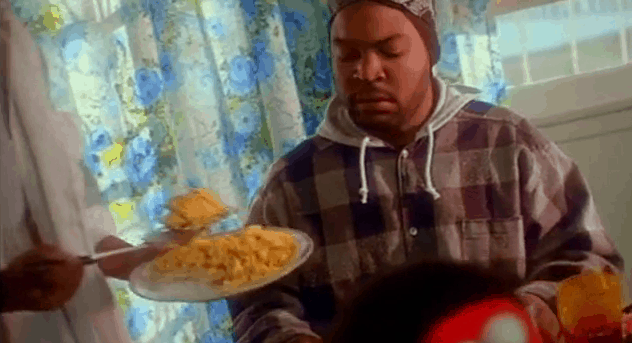 About a week ago, I posted 10 music videos directed by David Fincher. I’m sure you knew, however, that Fincher isn’t the only film director who has dabbled in the craft of directing music videos. If you’re trying to create a lasting image that simultaneously entertains the viewer and supplements the featured song in the video, it makes sense that you’d want someone who has an eye for atmosphere, symbolism, or, if those aren’t your bag, a great dance sequence.

Some of the directors in this article directed music videos before their movie careers took off; others took time away from their film careers to get back to the medium of music videos.  Have a look at 10 awesome videos directed by film directors:

Jonze, the director of Adaptation and Being John Malkovich, is currently at the helm of Where The Wild Things Are. He’s best known, however, as an incredibly creative music video director, responsible for some memorable videos such as Fatboy Slim’s “Weapon of Choice” (you know, the awesome Christopher Walken one) as well as Bjork’s “It’s Oh So Quiet.” His best, in my humble opinion, is Weezer’s “Buddy Holly,” where he sets up the band in Arnold’s and splices in footage of Fonzi, Richie, and the rest of the Happy Days crew.

Yes, the Academy Award-winning director of The Departed, Casino, Taxi Driver, Raging Bull, and Goodfellas has also ventured into the realm of music videos. I’m pretty sure Scorsese has directed only one music video, but it’s a big one: Michael Jackson’s “Bad.” I love the dancing, the costumes/outfits, and the Wesley Snipes cameo, but most of all, I like the whiplash sound you hear anytime MJ flails his arms.

Romanek has directed only two feature films, Static (in 1985) and One Hour Photo. He was attached to The Wolfman but was no longer involved, which is a shame considering the film contained the dark, sinister imagery that Romanek is so great at capturing. Romanek has got quite a few memorable music videos on his resume, but none – NONE – are as lasting as Nine Inch Nail’s “Closer.”

John Landis has done something quite remarkable: he’s directed the greatest comedy of all time (Animal House) as well as the greatest music video of all time. Your opinion may vary, but the works I mentioned have to at the very least be part of that discussion. Landis also directed Michael Jackson’s “Black or White,” but “Thriller” set the bar for music videos and to this day has not been surpassed. We’ve all seen the original version, so enjoy the Final Fantasy version, posted above.

Michel Gondry – Come Into My World by Kylie Minogue

French director Michel Gondry is a unique talent with an eye for the quirky and surreal, and his films – like Be Kind Rewind, The Science of Sleep, and Eternal Sunshine of the Spotless Mind – often feature dream sequences that allow Gondry to show off his special style. Naturally, his music videos are anything but normal, and Bjork’s “Human Behaviour” and The White Stripes’ “The Hardest Button to Button” are good examples of the type of work Gondry does. Perhaps his most impressive video is “Star Guitar” by The Chemical Brothers (if you haven’t seen it, it may take you 20 seconds or so to “get it”), but my personal favorite is the Kylie Minogue one I posted above.

Before Charlie’s Angels, Terminator: Salvation, and the entire world asking rhetorically, “what kind of a stupid name is McG?” Joseph McGinty Nichol was directing music videos. His flashy style is apparent in most of them, like the above classic from Sublime.

Only the third female director to be nominated for an Academy Award (for Lost in Translation), Sofia Coppola, like heavyweights Scorsese and Landis, isn’t above directing music videos. I know some people who, after watching The Godfather Part III, would like Coppola to stay away from feature films and stick with music videos. If you like Kate Moss pole dancing, you probably don’t have a problem with that preference.

Gus Van Sant has churned out some great movies like Milk, Good Will Hunting, and Elephant (has anyone seen Elephant? Very messed up, but very good), but he’s also directed quite a few music videos. None of his music videos are particularly memorable, though, except for the one where Anthony Kiedis runs in slow motion with his shirt off, causing all the girls in my middle school to go wild for a long-haired ex-heroin addict.

F. Gary Gray – It Was a Good Day by Ice Cube

The director of Friday and The Negotiator has got mad street cred, as he’s directed numerous rap videos by artists such as Ice Cube, Cypress Hill, and Dr. Dre. “It Was a Good Day” by Ice Cube is an amazing song, and Gray’s video helps show exactly what in Ice Cube’s day made everything so great. He didn’t even have to use his AK; I can relate to that. It’s so tedious.