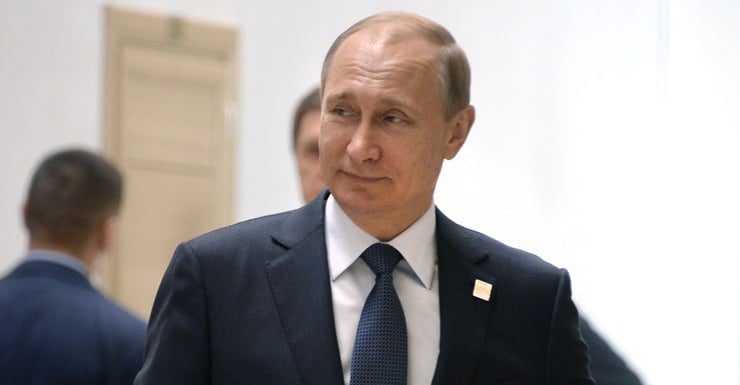 It might not always be wise to talk about foreign or even domestic leaders, but in a movie that might star someone like Vladimir Putin, someone that a lot of people happen to think is crooked as the letter S, it does feel that it might become almost a punishment to some folks and a chance to be as campy as possible to others. The general feeling of some individuals in the USA is that Putin has been running things since 2016 considering that they believe the illusion that there was Russian interference on the part of Trump. But whether you want to believe that or not, the fact is that if there is a movie that becomes made of the last four years or so, one is bound to see an actor step onto the screen that will be playing the part of Putin, and it’s going to be interesting to see how they will want to play this particular role. Some might want to go by the book and simply record the known facts during a performance, while others might want to put their own spin on it and make a bold claim that Russia was definitely up to something sneaky during the 2016 election. Anyone wanting to believe that is definitely entitled to do so, but for the sake of a movie, it feels that only a few names would be popping up to take the part of Putin.

Here are a few actors that could possibly play the part of Vladimir Putin.

He’s played Donald Trump so often anyway that for those of a certain mindset this might not be that big of a jump. Whether Baldwin would go along with it or not would be interesting to see since it might come down to what he’d be paid for such a role. If he took it then some folks might actually be upset until they realized that he might make light of it the entire time, unless of course the movie was meant to be entirely serious and Baldwin wasn’t allowed to come up with the same antics that he did for SNL for so long. All in all, it would be kind of funny to see simply because it might really stretch his talents.

His time spent in House of Cards is enough to make the case that Spacey could be used for a role such as this since even if he would have to stretch to gain the correct accent, it still feels that he would be able to make this work and be convincing in a very big way. Seeing Kevin back in the swing of things might actually anger a good number of people, but it also feels as though it might remind them that he’s a good actor as well. One thing about the ruination of anyone’s career is that there are still plenty of celebrities out there that have done and said a few things that are suspect, but they’re still working.

This was the odd choice for this list since it’s likely that he could pull it off, but the question is whether or not he would really want to play this role. Plus, it’s never really been seen that Bruce has taken on the role of someone that had such an obvious accent that would require him to actually work for it. This might not be a working pick for some folks but it does feel as though he might be able to step into the role and make it into something that could be at least halfway convincing. If nothing else, it might be interesting to watch.

He’s just a good actor, that’s all there is to say. Ben Kingsley has taken on roles that might not have been made for him specifically but he’s usually been able to turn himself into whomever he needs to be in order to make things work. Given that Putin is a white man it’s not hard to think that Kingsley wouldn’t really be called out for whitewashing when it comes to a role such as this, especially if he ended up taking it and making it work in a manner that people could fully get behind.

One might think that Gary Oldman might as well start taking up a collection of famous people that he’s played if he took this role, even if the reality is that he hasn’t played that many historical figures compared to some. But if he did take on this role it feels as though he might be one of the best choices available since he could step into this position with a fair amount of ease. He’s already played this type of a part before in some respects.

People would have to reminded it’s just a movie most likely.