Home
Movies
Fan Theory: Doc Brown was Suicidal in Back to the Future 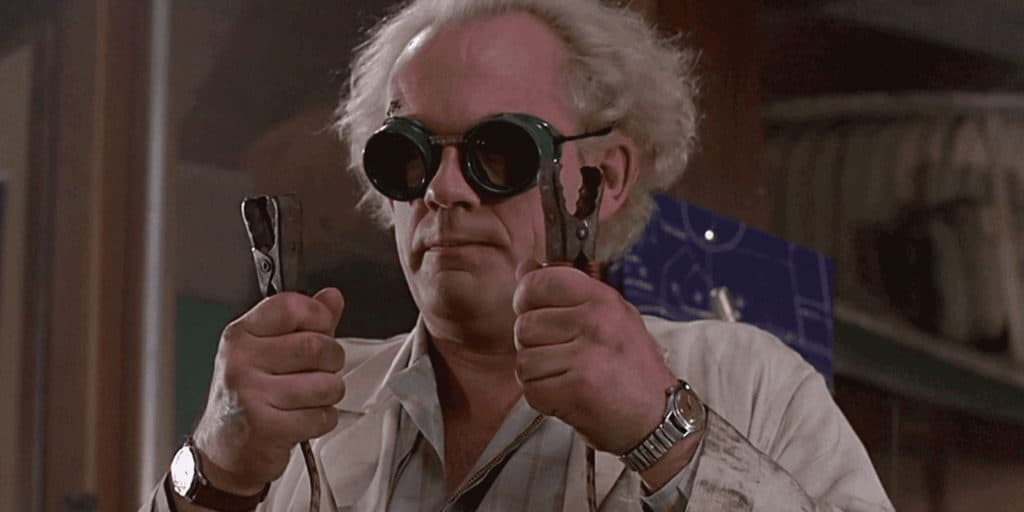 The way people’s minds think when it comes to various theories is kind of funny but can also get rather dark when it comes to the movie and the theories that people try to float. There are a lot of theories out there that people have made up from their own musings and some that have come along thanks to the various elements in one movie or another that people tend to enjoy. The Back to the Future movies have always been a prime target for several theories since time travel is of great interest to a lot of people and has sparked a great deal of debate over the years. Some of the theories are kind of harmless since they’re more comical than anything, but there are a few theories out there that might give a few people pause simply due to the fact that they imply that the characters in the movie weren’t quite as positive or as innocent as they appeared at times. Of course, if you really believed in the carefree innocence of some of the characters then you might need to watch the movies again.

But the theory that states that Doc Brown was suicidal is a bit dark until one realizes that not only did Christopher Lloyd, the man that played the character, state that no, the character was in no way suicidal. Sure, the character was  bit quirky and definitely out there in a way that makes it evident that people had their own opinions about him, but to think that he was suicidal is kind of a stretch. The theory is largely based around the idea that Doc was standing in front the DeLorean when testing to see if it would actually work, meaning the car would disappear once it hit a certain speed. One thing that the theorist that came up with this forgot however, it would have also made Doc Brown a murderer since he would have taken Marty with him in that moment.

There’s no doubt that Doc hit a low here and there over the course of his life since very little he made ever had a practical use or even worked right for that matter, but the time machine was one of his best inventions and, more than that, it worked. There’s no doubt that after creating so many modern wonders that didn’t work that someone might get a little depressed since his life was wrapped up in the inventions that didn’t go anywhere, but trying to justify that he was suicidal is a bit, well, out there. Doc Brown was definitely an odd character and someone that might make others nervous since he did meddle with something that was shown to do a lot of damage when it was mishandled, time in other words, but suicide doesn’t appear to be his biggest issue. Going on about his irresponsible practices when it came to traveling through time is definitely worth talking about since stealing plutonium from terrorists is bad enough, but making a trip back in time, or forward, just to see what things are like, and expecting not to interact with anything or anyone is kind of tough to imagine.

To call Doc and Marty a bit foolish and irresponsible, that would be easy, since both of them screwed up in a number of ways, but Doc was the only one that had the nerve to lecture anyone, and in some cases he was right since he’d seen the error of what he was doing, only to keep making that error again and again since by the end of the third movie he’d created and even bigger time machine that no one else appeared to notice. Foolish, irresponsible, and definitely careless, are all terms that could be applied to Doc Brown and Marty, but the thing about that is that both of them kind of needed to be all three of those things at one point or another, but only because they were that way in the first place. See how things tend to loop around when dealing with time? Okay, bad joke, but the point is that Doc and Marty were fun characters since they were flawed in their thinking as well as their actions, but things weren’t nearly as dark as anyone might believe.  As I stated, it’s kind of funny to see how the minds of so many others work when they apply their line of thinking to one movie or another. To think that Doc was suicidal kind of makes a person think that the individual making the theory might jump to conclusions a little too often, or something else is going on in their head. In any case, the theory is amusing but not exactly indicative of the character, who was definitely kooky at times.