Home
Television
Face/Off is Getting a Reboot 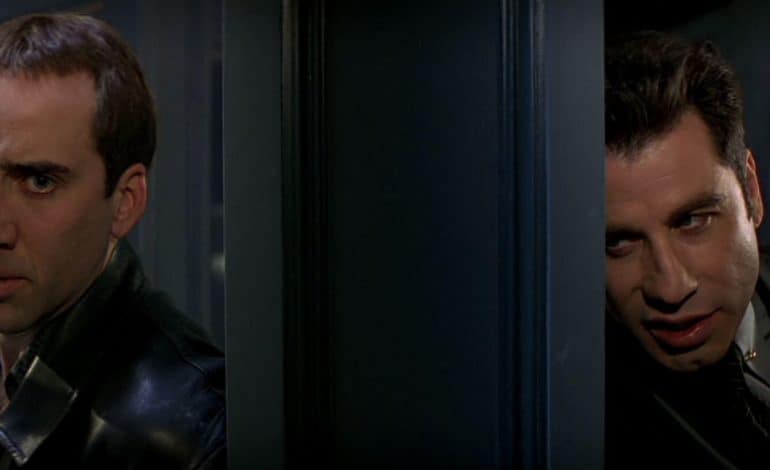 It’s kind of easy to get frustrated over things like this but just as easy to rein it back in since the movie Face/Off with John Travolta and Nicolas Cage was extremely entertaining. The problem is that bringing it back seems to indicate that it’s going to go the same way as a lot of movies and be a giant question mark until it’s released. Mia Galuppo of The Hollywood Reporter is just one of many that has locked onto this story and will no doubt be talking about it until the movie comes out, or at least until we get more details such as the cast and if things are going to be written up the same way. The reason for being frustrated is pretty easy to explain since the initial movie was actually pretty solid given that it involved a very dedicated but tortured FBI agent that was after a single criminal not just because he was a wanted man but because he also killed the agent’s son while in the process of trying to assassinate the agent. For that reason Sean Archer was willing to put everything else in his life on hold, including his wife and daughter, so as to nail his son’s killer. The only problem is that to Caster Troy, the assassin, it was never personal, just a bit of business that went wrong.

Some might want to call the original a bit cheesy and not even close to being scientifically sound, but the point of it was that Archer was willing to go to any lengths to get Troy, and once he got him it became obvious that Troy was going to have the last laugh unless Archer could find a way to retrieve the bomb that Troy had set before he was presumed dead. Of course if the movie had ended there it would have been unbearably tragic and not all that great. But given that Troy was kept alive for a very controversial procedure it furthered the story as Archer eventually became Troy with a very risky and revolutionary face transplant and alterations to his body that seem likely to put anyone into shock considering what had to be done to let Archer pass as his enemy. Variety’s Dave McNary doesn’t have a lot more to add to this at the moment since the announcement is still pretty new and likely won’t yield much more information until casting starts and we get to see just who’s going to take on the roles of Archer and Troy this time around. There are plenty of other characters that need to be cast but one would hope that they might find room for a couple of those that were in the original movie. Whether Cage or Travolta would ever come back is hard to say since both men have been fairly busy as of late.

To be perfectly honest I would agree with James Hunt of ScreenRant who’s come up with several pairings that might seem great, one a gender-swap and a couple of them utilizing people of color. So long as the actors are great enough to make it work such things shouldn’t matter, but my pick would be for a Dwayne Johnson/Keanu Reeves version since these two are among the hottest stars out there right now and it would make the most sense considering how easily they could play off of one another. The swapping part might need to be updated and even revolutionized in a way for these two, but at the same time it would be nothing less than brilliant since in my own head I can see Keanu being Castor Troy and Dwayne being the straight-laced and rather uptight Archer given that he’s been that way when it comes to playing the part of Luke Hobbs. Keanu might have to make Castor Troy a much cooler and calmer individual than Cage did back in his day since the Castor Troy we’ve seen was a little more wild than we’ve seen Keanu be in the recent past. Rest assured though these two would tear it up and they’d make a great movie since just hearing their names tends to get people worked up anymore since it tends to mean that the movie is going to be something incredible.

So it’s still frustrating to be honest to see movies getting remade and rebooted left and right but thankfully some of them have hit the mark where others have missed it entirely and gone sailing off into nowhere. Face/Off is not the kind of movie that deserves such treatment so hopefully it will find its way to the theater in a manner that will keep people excited but not let them down like a tone of bricks once they begin to watch.