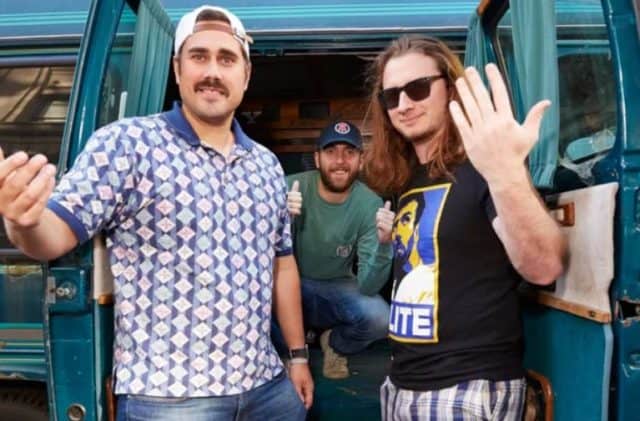 Despite it’s supposed success Barstool Van Talk has been effectively pulled and won’t be coming back. The ESPN-sponsored show was supposedly too bawdy and didn’t produce in the manner that ESPN was wanting, but that explanation seems to be more of a smokescreen than anything for what others really feel is going on behind the scenes. Some tend to think it’s because of an altercation between NFL reporter Sam Ponder and Barstool founder Dave Portnoy. Apparently Portnoy insulted Ponder a few years back and this was Ponder’s sweet revenge for that slight. A day late but definitely not short.

The show was a spinoff of the podcast Pardon My Take and was designed to be almost like another Man Show in that it offered a chance for men to talk and make their feelings about sports and other matters be known. It was supposed to be a good deal of satire mixed in with commentary and a healthy dose of laughter. Unfortunately it seems that the show will not be coming back anytime soon, even though there are rumors that it could possibly return in the future on another network and possibly with someone else putting up the funding.

It’s hard to comment on what’s been lost without knowing what the show was really going to be like but for those that have followed the podcast Pardon My Take it seems like a great deal has been lost with this show. Those that condemned it, and there aren’t many is what it sounds like, are likely those that somehow think that a show about a man’s lifestyle and sports isn’t quite what should be seen as quality programming. That seems a little hypocritical really when you consider how many other shows are on the air concerning women’s lifestyles and their desires and concerns. There are so many talk shows and other programs designed for women that it bears mentioning that Barstool Van Talk is just another in a long line of shows that not only has the right to air at its designated time and place, but is also well-removed from the viewing of any other show since it comes on late and is therefore not in any way a serious influence except to those that actually desire to watch it.

This kind of seems like a very petty excuse to get rid of a show that someone didn’t care for and thus wanted to see ruined over an old grudge, which is bit sad and very childish. While the show might not have been an altogether intelligent program and not what some people would agree with we can say the same about many other shows on TV that continue to be regarded as deep and somehow thought-provoking. A show where men get to talk like men, in other words about sports and things that tend to be important to them, sounds like a fun and engaging show for those that are into it.

After all, how often did anyone call for cancellation of the View or Sally Jesse Raphael, or Ricki Lake? None, hmm, that’s odd.