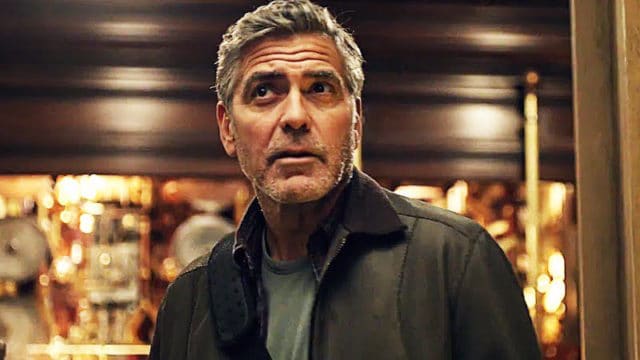 Now things are starting to take a rather insane lean to the crazed side of what could have been a very revealing episode concerning Hollywood and the level of corruption and harassment that goes on throughout the entire industry. It’s only one voice thus far but in all honesty one voice is all that’s needed to speak up. The only problem is that anyone with a bone to pick and not necessarily a legitimate case could come from virtually anywhere. Cue ER actress Vanessa Marquez, who is at this point slamming George Clooney after he decided to denounce Harvey Weinstein, yep we’re mentioning him again, over the sexual harassment allegations that he’s endured.

To be fair to Vanessa if something did in fact happen then yes, she deserves some justice. There’s no room in the workplace for harassment or blacklisting or any other type of behavior that divides people. But there is a slight issue with the accusations that she’s leveling. It’s not so much that Clooney has responded by stating that he has no idea why she was blacklisted or why she thinks it was him that did it. Anyone being accused can go ahead and deny, deny, deny.

It’s the fact that she’s blamed nearly the entire cast, including another woman, Julianna Margulies, for talking about her, making racial slurs, harassing her, and essentially blacklisting her. If she’d named only Clooney it might have been cause for concern. As of now however, considering that she’s blamed pretty much everyone except the crew that worked on the show her point has become almost completely invalid. That’s the strange thing with blaming others for your issues, if you blame a few key people that might really have it out for you then your complaint might have some weight. But if you start laying into everyone that ever looked at you wrong or gave you a mildly snarky attitude, then it might be that the issue is with YOU.

The vague idea of ‘they’re all out to get you’ tends to be a paranoid delusion of those that simply want attention or can’t deal with the stress in their own lives. Does it means she’s completely wrong and has everything backwards? No, not at all. In fact there’s a good chance that someone might have actually done something to get her blacklisted. But blaming nearly everyone for her issues is not helping her case. Calling men P—y-grabbers in a blatant and confrontational fashion isn’t the best way to go about things either. If you’re going to call anyone out for such a thing, and it should be called out without any doubt, then there are ways to go about that don’t make a person look as though they’re unbalanced and need therapy of some sort.

There’s nothing to say that Vanessa is wrong in her assessment but unfortunately there’s not much in her own defense to say that she’s right either. Blaming people for your life not being up to par is one of the best ways to insure that it stays right where it is, below your expectations.