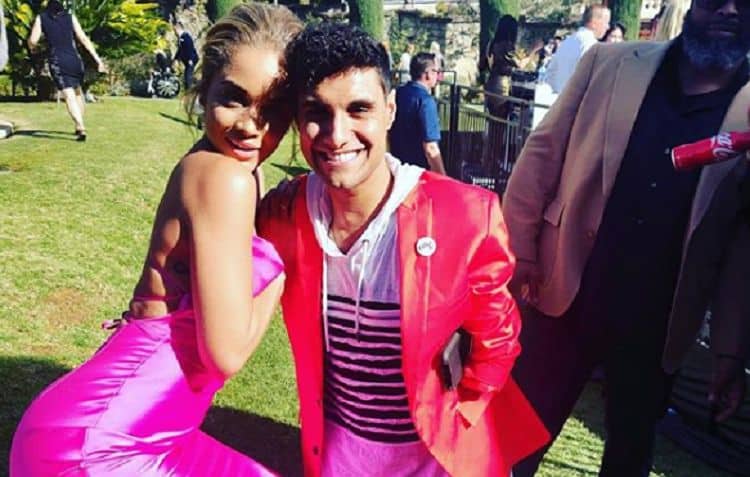 If you’ve never heard of Emmanuel Kelly, it’s time you do. This is not just your average pop star in any capacity. This is a young man who has lived through hell and come out on the other side to tell his story. His is not a story with a sweet beginning in a happy household with social media and talent shows and reality television to make him famous while his family cheers him on from their local community. This is the story of a young man who lived through something no child should ever live through, and he’s been given a second chance to make his life what he’d like to make it – and that is precisely what he did.

1. He Was Found As a Baby Almost Dead

When he was only a baby, he was found in a box in Iraq. He was there with no one else. He had no family, no identity, nothing. He was a baby no one thought would survive or live to see much of his life. He was discovered in his box, almost dead, by two American soldiers who quickly sought medical attention for the infant. Their quick actions were what saved his life.

2. He Grew Up in An Orphanage

He was nursed back to health, but he still had no family and no one to claim him. He was placed in an orphanage called the Mother Theresa orphanage in Baghdad. He was found in similar circumstances to his brother, Ahmed, who was also in a box, who was then considered his brother. When he was only five, a humanitarian learned of their existence. She wanted to help them, so she did all she could.

3. Both Boys Were Severely Deformed

Because they were born inside of a community with severe chemical warfare, both of the babies were born with serious birth deformities. They both had underdeveloped limbs that caused a lot of problems in their childhood.

She is the humanitarian we mentioned above. She took the boys to her own native Australia, and she set out to find them the best medical care that she could. She was there to help them, but she fell madly in love with the boys and became their mother. She changed their lives.

5. His Brother is Talented

Ahmed might also be a young man without what we consider a ‘perfect’ body, but that’s not stopping him. This young man is a quadruple amputee who is an avid swimmer. He was part of the 2012 Summer Paralympics.

When he was only 17, which was back in 2011, his family encouraged him to try out for X-Factor in hopes that the world could hear him sing. He might not have a traditional body thanks to his birth situation, but he was gifted a magical, beautiful voice that will change the world. He’s been singing his entire life, and they just knew that he needed to share his talents with everyone.

7. He Sang with Coldplay for His Adoptive Mother

Moira Therese Kelly is a woman who adopted him and his brother, and she raised them into the amazing men they are now. Back in 2017, when her son was singing with Coldplay, they performed a song just for her. It was called “Imagine,” and it was all about her dedication and recognition of her work.

8. He’s Got Many Adopted Siblings

It’s safe to say he did not grow up in a traditional household, if we are being honest. But, that doesn’t mean much more than the fact that he has a cool life to talk about. He has many adoptive siblings, and that is something special. His mother adopted conjoined twins Trishna and Krishna, who were separated in a difficult surgery back in 2009. The surgery took 38 hours. The twins were put up for adoption in Dhaka.

9. Kelly Clarkson is His Idol

If we are being honest, she’s an idol to all of us. But, she’s not just the first-ever American Idol. She’s one of the most talented singers in the world, and she’s got her own show now. She recently interviewed Emmanuel Kelly, and he told her that he saw her when she was on the show, and he knew that he could follow in her footsteps and also do this in his life.

He is one of the very first different abled popstars to grace the world with his talent, and everyone loves him. He’s immensely talented, but he’s also a young man who has a big heart and a lot to offer. He’s an inspiration to so many people, and he is aware tha the has to use his influence for the greater good. He’s doing that now, and we could not be more touched by his story.