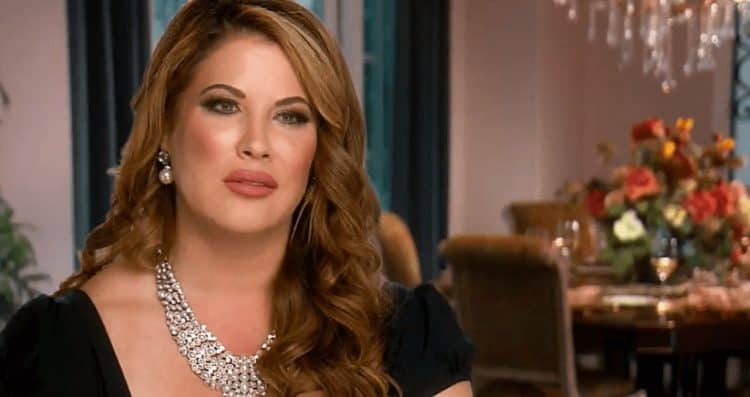 You might roll your eyes when you think of any Real Housewives show if you’re not a fan, or you might pay closer attention when you hear mention of them if you are a fan. The truth is that the show does manage to divide people in a big way since reality TV is something that has damaged itself throughout the years by keeping the word ‘reality’ in its title. People like Emily Simpson don’t tend to garner a lot of sympathy at times even when they turn out to be decent people since going on TV and airing out your grievances and other issues might be seen as little more than whining, even if it’s done for a good cause and for entertainment. Quite honestly it’s hard to feel sorry for anyone that decides a public display of their issues is the best way to get them out so that they can gain sympathy. It might seem cynical for the sake of cynicism but it’s honest at least.

Here are a few things about Emily you might not have known.

10. She has a pretty decent following on social media.

Obviously people do want to know what’s going on with her and want to follow her career since they tend to subscribe to her social media accounts by the thousands. Obviously reality TV is another way for people to come together, but not always for the better.

It will be interesting to see just what happens, if you’re a fan, since her first season didn’t go all that bad apparently and she’s actually gained a good deal of support from some people that enjoy watching her. If you’re not a fan though then you might not care less.

8. Apparently being on the show has caused tension in her marriage.

Imagine that, adding the idea of being on camera can add to the tension of a marriage since a good deal of what a couple has to say to each other and how they interact with each other has to be forced and faked thanks to a TV show that’s supposed to be depicting real life. If you want to laugh now it might be permissible since quite honestly anyone thinking that reality TV is completely real is allowing the wool to be pulled over their eyes.

7. She does what she can to promote body positivity on the show.

So she’s not a size zero in other words, and she works around women that have little to no waist and next to no body fat. When you shake your head to clear it you might want to wonder just why this would matter to anyone that has a heart when in truth Emily looks pretty healthy no matter if she’s a slightly bigger woman. If anyone has a problem with her curves it seems to be her.

6. She’s pretty open about the work she’s had done.

This is a positive quirk since she won’t bother lying about the work she’s had done, which is nice since too many people in show business have gone on to make false claims that they look different for one reason or another, not because they dropped a ton of money for plastic surgery.

5. She works as a copyright attorney.

This is another uplifting point in her favor since quite honestly listening to anyone complain and moan about a well to do life when they don’t have a job is enough to make an entire audience roll their eyes. Thankfully though Emily is willing to get to work to earn her money and support her family.

You might think that she doesn’t have to work with that kind of net worth, but keep in mind if you don’t work then you don’t amount to much unless your spouse is willing to work even harder to bring in the dough.

This doesn’t seem like such a hard job on paper, does it? The thing about that is that a good party planner will take into account every little detail of a party that they can in order to be counted among the best in their field. It might not be the most important job in the world, but it’s definitely something that can gain a person a lot of attention if they happen to be one of the best at what they do.

This is another positive point in her favor since she does seem to take good care of her children and does try to keep her marriage in good working condition. Whatever else you say about her it is apparent that she does what she can to be a decent person.

A final bit of criticism is as to whether her life is as perfect as it seems in the pictures or if she’s posing a bit to make people think that everything is perfect. The better question is: who cares? It’s her life, she gets to present it the way she wants.