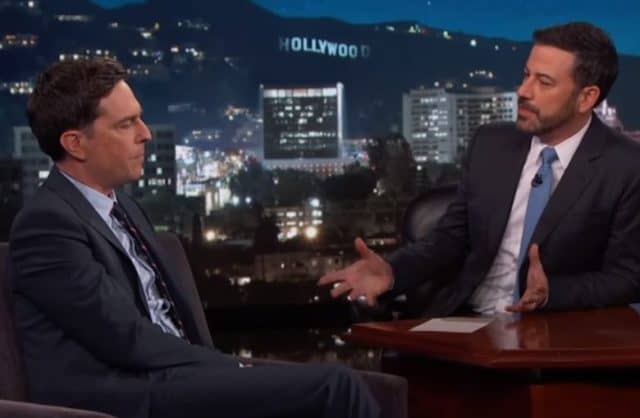 I feel like Ed Helms has had three careers as an actor.   First there’s “Daily Show Ed Helms” which people always seem to forget.   Helms was one of the funnier correspondents when John Stewart hosted the Daily Show but few remember him because of his next move:  The Office.   I remember absolutely hating Helms when his character first appeared.  The whole “bro” thing really pissed me off but eventually he became a little more sensitive, endearing, and pretty darned funny once he started getting along with Dwight Schrute.

And now you’ve got “Movie Ed Helms.”  This the Ed Helms we’ll probably see from now on.   He’s a solid comedy actor who knows his place quite well.  I don’t think he’ll ever be a leading man or something humongous but he’s great for a good laugh.  While comedy is certainly a talent of Helms most people don’t know he possesses another skill that Jimmy Kimmel brought to light last night on his late show.

Turns out that Helms is adept at spinning things.  Things like basketballs, volleyballs, but also a number of other objects.   Check out his interview with Kimmel below: