Home
Television
From Dusk Till Dawn
From Dusk till Dawn Review: “Matanzas” 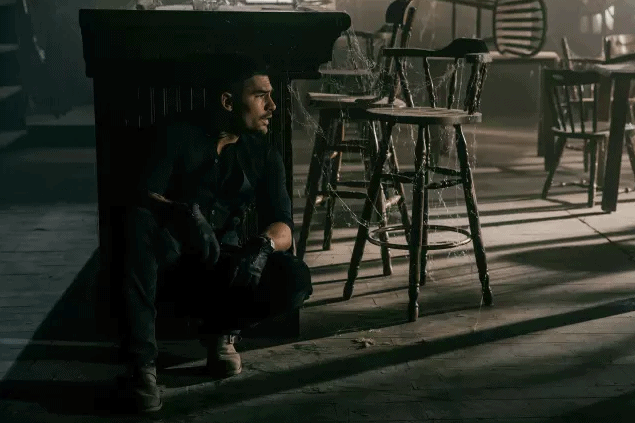 We’re rapidly approaching the end of the season for From Dusk till Dawn: The Series, and things are more intense than ever for our characters. Let’s take a look at what happened in this week’s episode, “Matanzas.”

Now that we’re getting closer to the climax, the team is in full-on war mode as they prepare for their upcoming battle with Amaru. As unexpected as it may be, I’ve got to say that I love Carlos being involved in everything now. Wilmer Valderrama gave a very underrated performance for the show’s first two seasons, and I didn’t realize how much I would miss him until he was gone. The character plays really well with Santanico, Scott, and the Geckos, so having him back for the conclusion just feels fun.

The shot near the beginning of the episode of the entire gang traveling off is one of the most noticeable signs yet of just how much this series has grown and evolved from where it was in the beginning. When the series premiered, it was difficult to see how the source material would be able to sustain itself for a full season of television; getting to three was almost unimaginable. The fact that we’ve gotten here and the quality is better than ever is wonderfully admirable. An enormous mythology has been crafted throughout these three seasons, and it’s crazy to realize how much world-building has taken place. The writers have taken a very recognizable story and created something charmingly unique, and From Dusk till Dawn: The Series benefits tremendously.

“Matanzas”‘ nature lends itself to a lot of action, and these sequences in the episode are some of the most fulfilling that the series has brought in a non-finale episode. A lot of this fun, again, has to do with the way this cast works so well together. The effects work is also top-notch, and it’s nice to see so many elements of a show working together this well.

The one issue that I had with “Matanzas” was pacing. While the action was nice, the episode often felt extremely sluggish and wasn’t entirely easy to get through. The progression of the narrative was strong, but something about the speed of the events playing out just didn’t quite mesh with the actual episode’s presentation. Still, it wasn’t a bad episode by any stretch of the imagination, and it did a great job at setting up the season’s conclusion. The second half of the episode is where the real meat of the story is fleshed out, and I really can’t wait to see how things wrap up. The series hasn’t yet been renewed for a fourth season, so we could be reaching the end of the story very, very soon.

What did you think about this week’s episode of From Dusk till Dawn? Let us know your thoughts in the comments down below!