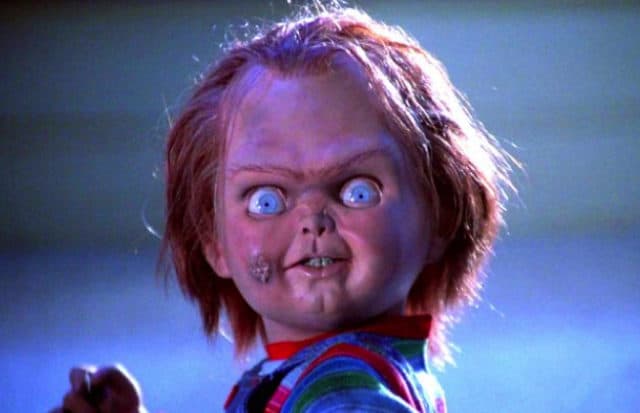 Don Mancini and David Kirschner really need to be thanking the fans that have made Child’s Play relevant for this long. Otherwise developing a series based on the movie wouldn’t have even been a thought that they should be having. Personally I think I watched this tale up until the third movie and then shook my head when more kept coming out since the story line has just continued to devolve into something that’s kind of like Saw in that it’s only good for shock value and not much else. The original film had something that the others have been lacking ever since and no matter what direction this film and the series keeps going it will always come back to the fact that it was a movie that sent chills down people’s spines when it first came out, and is just a laugh track waiting to happen now.

If that seems brutal then let’s really take a look at what’s happened. I can remember the first film being so over the top creepy that people jumped in the theater. Those going to watch it for the first time would actually scream or at least yelp in surprise when Chucky really started to get going. Nowadays however those fans that are truly dedicated to this franchise are the only ones that are still amazed and in set in awe of this film. Some horror films can go and go and go because no matter what there’s enough room for something else to happen, so long as it’s entertaining and isn’t so crazy that people start to walk away. A possessed doll was nothing new when Child’s Play came out, but the creators did something that, while not new, was still unique enough that it made Chucky seem like he was the worst kid on the block and was fully intent on proving it.

It’s almost like Freddy in a way. In the first film he was a hack and slasher, but in every film after that the creators tried to put in a little more humor each time and it just got worse and worse and more and more ridiculous. With Chucky, he’s been shot through the heart, which should have killed the doll and the spirit. He’s been melted, electrocuted, and had his head blown off, but somehow the spirit didn’t fade away. He’s been diced into bloody bits but still he keeps going. He’s like the Terminator in doll form, but the longer the franchise goes the more ridiculous the ideas are getting and the more people are starting to distance themselves from it.

There are still plenty of fans that will follow the franchise without question, but it just seems to be moving steadily from its former A caliber to B, then to C, and so on and so forth. Does anyone remember what happened to classics like Friday the 13th and Nightmare on Elm Street when they tried to go to a TV series? They flopped, hard. The fans still loved the movies but the series didn’t do much of anything. As dark as they might want to get, I really don’t see Child’s Play going that far.