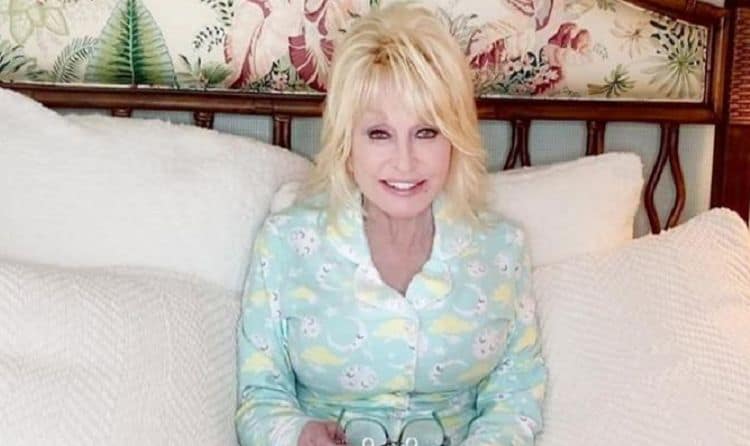 I won’t disagree with Jeremy Dick of MovieWeb in saying that gestures such as this one that Dolly Parton is now making don’t help. Reading bedtime stories to children does manage to keep life a bit bearable and from becoming a depressing state of mind in which we can’t do much of anything or go much of anywhere thanks to the coronavirus. But there are plenty of people that are starting to wonder just what good the PSA’s and the gestures that don’t involve compensating workers for their lost wages can do. It’s true that many are doing what they can to help those in need and are sharing of their considerable wealth to make certain that people across the country, or at least in their general region, are being looked after. The PSA’s and the celebrities that are reading are important to at least grant some comfort during the pandemic, but at times it almost feels as though we’re being pandered to by those that are sequestered in the comfort that only millions can buy. That’s a very cynical way to look at things obviously but it’s also a very realistic view at this time since many upon many people are struggling when it comes to paying their bills, feeding their families, and doing what they can to keep everyone safe. It’s easy to think that celebrities are just as much at risk as anyone in the world, but it’s also easy to think that thanks to their fortunes they’re well-removed from the same stresses that many others who don’t have the funds are feeling at this moment. The gesture is definitely a nice one, and it’s likely appreciated by many people, but there are bound to be many people that would gladly eschew the need for bedtime stories in favor of another funding effort to keep many people on their feet and at least somewhat financially secure in this time of need. Christi Carras of the Los Angeles Times has more to say on this subject.

Some might want to question why the richest among us should be looked to for help, and there are plenty of reasons. One is obvious, without the fans they wouldn’t have the riches they have now. Their skills and their talent gained them the attention of the fans that have loved and adored them for so long, and have willingly delved deep into their pockets to pay for concerts, records, CDs, movies, and various other bits of merchandise that has ended up making celebrities as noticeable as they are today. Some might want to think that Dolly Parton is paying it forward by doling out bedtime stories to the children, and that’s all well and good since it is a kind gesture. But some might actually want to see her and many other stars pay it back a bit since their fans tend to be the ones in the most need at the moment, and while many will hopefully never ask for more than what they need to survive, it would be nice to see the richest bunch in the country pitch in to aid those who were behind them on their way up the entertainment ladder. It’s not required obviously, and it’s not demanded, but it’s the type of gesture that would instill a great deal of hope and inspiration among the fans since it would indicate that the stars actually care about the people that helped to elevate them to such a position, rather than to pander to them by repeating such phrases as ‘we’re all in this together’. We’re not all sitting comfortably in a mansion, with a well-stocked pantry and no concern that we can’t feed our families. The PSA announcements and the solidarity that a lot of celebs are touting is great and all, but without pledging to help those that continually help them to remain in their position it becomes so much talk. There are celebs out there that are helping, that are taking parts of their impressive fortunes to make a difference in the lives of those that are less fortunate. When you’re net worth is well over $10 million or more it doesn’t take a lot to help whoever you can in a time of need. After all, those of us that helped make and keep the celebrities popular didn’t need to do so, but we did because we believed in them. Mark Shanahan of the Boston Globe has a few things to say on this matter.

So yes, Dolly Parton taking the time to read bedtimes stories to kids is great, it’s another thing that someone is doing to make a difference in the lives of people. But if you happen to see more and more individuals starting to wonder why celebrities aren’t helping out a little more don’t be surprised. As of now people are looking at the pandemic as a desperate time, because for some folks it’s come down to that, and the best bedtime story usually has a price tag attached to the end of it.