Home
Television
Does The Brady Bunch Pilot Hold Up 50 Years? 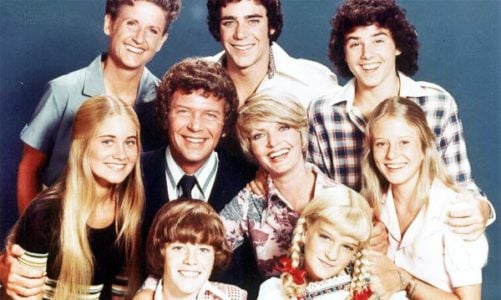 The lovely story about Mike, Carol, and their six kids has been a pop culture sensation for over 50 years at this point. The funny thing is that The Brady Bunch wasn’t much of a rating or critical success during its initial five-season run, but syndication brought new life to the original ABC comedy. The only notable awards that The Brady Bunch has won are the TV Land Awards, but that was decades after the series went off the air. Still, The Brady Bunch managed to get several spin-offs following the series finale because it sparked enough attention in the media. However, going back to the pilot episode that aired on September 26, 1969, does The Brady Bunch stand the test of time over 50 years later?

The Brady Bunch pilot is…meh. Mike is perfect. A good-looking cat, with a nice house, car, and an awesome maid who can cook. Carol is perfect. A bombshell beauty who has to pretend that she’s a hideous monster because her hair isn’t right. Even Carol’s parents feel rich and perfect. The family is a bunch of happy kids, who don’t curse, cause mischief, and even a sympathetic backstory for why Bobby, Greg, and Peter don’t have a mother. Interestingly enough, it’s never explained here why the father isn’t in the life of Jan, Cindy, and Marcia. Was he was a stereotypical deadbeat dad? Or a serial killer? Somehow the world of this non-mentioned character is more fascinating than the pilot itself. Here’s the thing, I highlighted how perfect everything is because there are not many layers of substance to these bland human beings. I didn’t care about Mike and Carol getting married because I didn’t know them or the nature of their relationship. Why should I invest in their relationship when there’s nothing about them that made me care in the first place? The Brady Bunch didn’t need to be a 60s version of Shameless or Malcolm in the Middle, but you have to give the audience something relatable or interesting. The kids are as bland as paper because we weren’t given a chance to see their distinct personalities. Being perfect isn’t compelling to watch because there’s no such thing as perfection when it comes to human beings.

The show should’ve given audiences a chance to connect with both Carol and Mike first before the wedding. I know this is a breezy little comedy, so exploring the hardships or being a single mother or father was never going to be the source of topic. But we still have to care about these people. How can I connect with someone who doesn’t seemingly have any flaws? The pilot didn’t even do the typical comedy thing by going out of its way to throw everything and the kitchen sink to disrupt the wedding. The major turmoil was Tiger gaining the smarts to open the window and chase Carol’s cat. I felt nothing when Cindy was crying because the incident wasn’t even a big deal. By the end of it, Carol and Mike were still laughing. Maybe I’m a cold bastard who has wiped away such emotions? That’s a topic for me and therapist only, but The Brady Bunch just isn’t entertaining. Nothing was truly funny because there weren’t any memorable comedic situations. Everything felt sugar coated in sweetness from beginning, middle, and end. When the show tried to introduce something emotional towards the end, it felt forced and over dramatic. Mike and Carol’s kissing felt forced and overdramatic! There’s a reason why The Brady Bunch didn’t get much accolades upon its release; It’s a forgettable show and in today’s day and age, it’s something that would’ve been easily buried under the thousands of other shows that exist.

Is it terrible? No. There have been worse pilots before and after The Brady Bunch. It doesn’t resort to easy or juvenile gags, nor is anything tasteless or bad. If it was, then it would at least mean that they’re trying. There’s pretty much no story other than man and woman get married. Being boring is arguably a greater sin than being bad. The latter means that a movie or show is trying, but just failing on nearly all fronts. Who knows, perhaps the series gets better past the pilot. Remember, the Seinfeld pilot was kind of boring too, and it turned out to be one of the best comedies ever made. However, in this day and age of television, the pilot needs to stick the landing, and something tells me that many viewers would’ve checked out after the first episode.