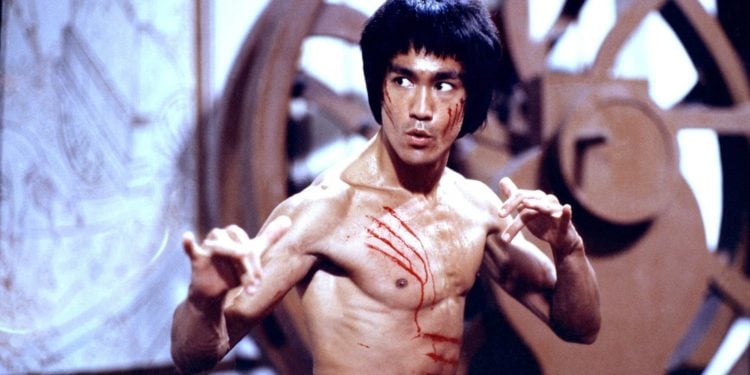 Now and then it’s fun to realize how many kung fu movies there are out there that have been filmed and forgotten over the years, but someone has managed to take a certain number of scenes from several of them and create a drum and bass beat by mixing them together in a manner that creates a discernible piece that’s kind of fun to vibe to since it’s a little chaotic but it’s definitely easy to move to. It’s kind of easy imagining what a workout would be like when putting this clip on, but it might be a little distracting simply because people might want to watch. But the DJ that made this happen was likely having fun with it too since finding all these great kung fu movies that might have been passed off as cheesy and not all that good is kind of like going on a treasure hunt and not really expecting to find much. The experience is what’s worth it since if the truth is told there are a lot of kung fu titles out there that people know nothing about and have been sitting on the shelves before streaming collecting dust. Just imagine how many of those in those old movies might have thought that their chance to shine was going to take them farther than they’d ever dreamed as they were allowed to get on screen and show what they could do. The sad part is that a lot of those in the movies probably didn’t do much of anything once their movie was over and done with since a very small percentage of action stars actually experience a break-out role that will deliver them into fame and fortune. What has happened however is that each and every person that’s immortalized in these movies has contributed to a legacy that is still ongoing since it might be difficult to think of it now, but one day the martial arts movies that are still so plentiful today will likely join the ranks of the many that have been created throughout the decades.

It’s fair to think that people will still laugh and enjoy them in a manner that’s more about mockery and fun, but the point is that they’ll still be around much like these older movies that were used for a DJ session. It’d be interesting to figure out how the DJ came up with the sounds and how long it took the individual to find the perfect sounds for the tune. It kind of appears that the DJ is a kung fu enthusiast or a kung fu film enthusiast at least, since otherwise, it would take a long, long time to round up all the needed movies that could provide the kind of sounds that were needed for this project, and even just skimming through them it might take a seriously long time to decide which ones to use. Some folks sit around and watch kung fu movies almost religiously as they enjoy everything from the acting to the cinematography, but the scope of this project, even being a smaller track, is enough to make a person’s head spin, especially if that person doesn’t know how to mix and remix various sounds together. It might sound easy to some folks but it’s likely that it isn’t quite as simple as it would appear to be since there is a definite skill that DJs have when it comes to laying down their various tracks.

What’s fun about this is that it doesn’t come off sounding cheap or even forced. The DJ obviously had to look for the right tracks that would work in this piece and none of them are really one hundred percent unique, but they’re still different enough that they come off as an impressive piece that likely took a while to complete. While it might inspire some to go and find a bunch of old kung fu movies and start watching it’s more likely that people will at least applaud the effort that went into this and possibly think that it might be worth the effort to do it again with another set of movies. There’s no real reason why a hip-hop kung fu album couldn’t work, especially in a club setting if it was done just right and managed to get a positive response from people. Folks love to dance after all, and while some of them might not want to admit it, this would be pretty interesting to hear in a dance club, especially if it happened to be accompanied on a projection screen by the videos that inspired the creation. Come on now, how cool would that be? It might sound like something right out of the 80s or 90s, but it also sounds like something that people might embrace for a retro night or a nostalgic moment that could take them back a decade or three.