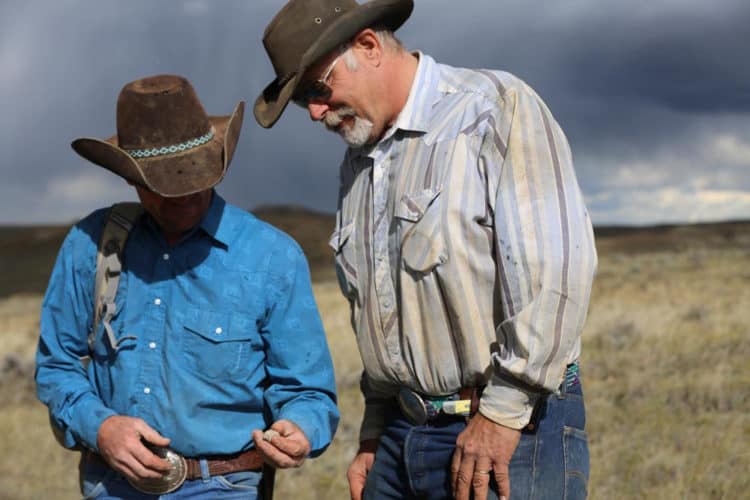 Even though they’ve been gone for thousands of years, there’s something about dinosaurs continue to be a huge point of interest for countless people. But no one is more interested than the people who have made careers out of searching for dinosaur fossils. The Discovery Channel’s new series, Dino Hunters, will give a viewers a chance to see exactly what it’s like to be one of these people. The show will follow a crew of fossil hunters in the northwestern part of the United States as they search far and wide for dinosaur fossils. Not only will the show document their process, but it’ll also document all of their finds.  Continue reading to learn 10 things you didn’t know about the new series, Dino Hunters.

1. The Hunters Are Amateurs

In most instances, people who search for fossils are trained academics who have spent years studying the ins and outs of dinosaurs and the evidence they’ve left behind. However, the cast of Dino Hunters  are technically amateurs who are mostly self taught. Of course, there are many academics who don’t appreciate the work they do.

2. The Cast Members Are In Different States

Have you ever wondered where dinosaur remains can actually be found? Apparently, they can be found almost anywhere, it’s just a matter of knowing where to look. The guys from Dino Hunters are more than happy to show you. The hunters are located in Wyoming, South Dakota, and Montana.

3. Finding Fossils Is A Great Way To Make Extra Money

Have you ever thought about getting a second job to make some extra money? That’s exactly what cast member, Clayton Phipps, had in mind when he decided to start hunting for fossils. He had just inherited a small ranch from his father, and realized he couldn’t support his family from that alone. After learning about hunting for fossils, he decided to give it a try. Depending on the size and significance of the fossil, a person can make hundreds of thousands –maybe even millions– of dollars by selling it.

4. Fossil Finding Is A Family Business

Some families are are in the insurance business and others are in the restaurant industry, but the Phipps family is in the fossil hunting business. Clayton is a main cast member on the show, but he will often be assisted by his young son, Luke, who is working hard to follow in his dad’s foot steps.

There are lots of people out there who claim to be on the hunt for dinosaur fossils, but they haven’t actually found anything worth writing home about. However, that isn’t the case with Dino Hunters. Not only have these guys already made some pretty impressive finds, but they’ll continue to uncover some cool stuff throughout the season.

6. The Hunters Are Also Cowboys

Cowboys and dinosaurs aren’t things that people usually think about in the same sentence, but they will be after watching Dino Hunters. In addition to hunting for fossils, most of the cast members are also cowboys/ranchers who are especially well-versed in the lay of the land.

7. The Show Is Educational

Dino Hunters will definitely keep you entertained, but it will also keep you informed. Most of us learned about dinosaurs in school, but the show will give you a real behind the scenes look into what it takes to search for fossils, what makes a fossil a ‘good’ find, and what we can tell about a dinosaur from its bones.

8. They Must Hunt Before Winter

Unfortunately, looking for fossils isn’t a year-round job in places like Montana, Wyoming, and South Dakota. All of the states in that regions experience very harsh winters that make it impossible to search effectively. The crew will have to get all of their searching done before winter hits or else they’ll be out of luck.

9. There Are More Fossils Out There Than You Think

I know I can’t be the only person who thought there couldn’t possibly be that many fossils left to find. However, I was very wrong. There are actually more fossils hidden under the ground than most people think and evidently, not all fossils are very valuable. The cast will have to do some digging (literally and figuratively) to figure out how ‘good’ their finds are.

Even though the show is just a few episodes into its first season, it’s already building up a pretty impressive following. Although the network hasn’t created any official social media accounts for the show, there is a fan account on Instagram that has 29 followers.