Home
Entertainment
Did You Know that Popular Actors Typically Have Larger Heads? 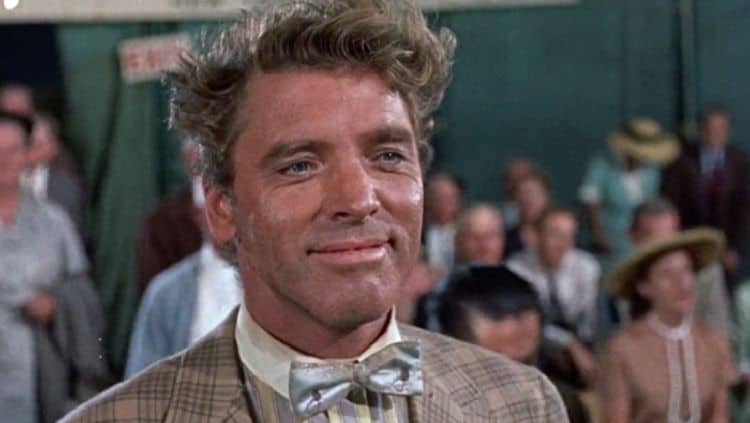 This is an odd thing to think about, isn’t it? Anyone with an abnormally big head is someone that people might think would be mocked and ridiculed relentlessly in society, at least at some point. But it would appear that popular actors actually have bigger heads, which is something that’s strange to say, but it’s been seen to be kind of true. A big part of it is that it might be that their features are a little more pronounced and easier to see, or there could be something else to it. When casting someone though it’s still strange to think that the size of their head might be something that anyone is looking at. It does stand to reason that a smaller head unnerves some people, especially if a person’s head is abnormally small. But then, one would hope that acting talent would be enough to carry a person no matter if they have the right look that a person is looking for or not. That’s not always the way it goes, but then again, having the right look doesn’t always mean that a person is going to have the talent to go with it. It might be that one might also have to wonder just how big is abnormally big and how it wouldn’t be a little too odd to see since the average head appears to be what many people in show business have.

There are so many factors that go into casting actors that this is one of them that probably gets lost quite a few times when people really think about it since seriously, who in the world thinks about head size unless they’re looking for a hat or doing something that requires the knowledge of just how big their head is? Some people figure that it has to do with how people age, as they get older they get thinner and their features become more prominent, while others make jokes about how an actor’s head is big because they have so many people fawning over them, which is, of course, a joke and not medically possible. But the whole idea of being real enough to talk about is that big-headed actors are just easier to notice since they stand out. It doesn’t necessarily make them the best actors since if there was any one quality that could make a great actor, especially if it was something that a person had no control over, it’s likely that we would have quite a few more celebrities out there since the big-head look isn’t new and it’s not something that a lot of people tend to think about.

It’s even been said that people with larger heads have larger brains and that on average, they’re more intelligent. This is kind of debatable since some of the actions that those with big heads in Hollywood have taken would be enough to argue against that idea. Again, some would step up and say that has nothing to do with intelligence but a lack of morality or with choice, but the funny thing about intelligence is that it’s blamed and credited for many things that have more to do with wisdom than average intelligence. For instance, a lot of people are intelligent enough to know that driving drunk runs the risk of getting a DUI and possible jail time with a fine, but there are plenty of people that do it anyway because they’re not wise enough to avoid the danger that this represents. That’s only one example out of thousands that can be made, but the point of making the argument for greater intelligence is all well and good, but when it comes to having a bigger head, it feels as though this is just an evolutionary attempt at creating individuals who are more appealing and more intelligent than the average human being. It’s obviously not a foolproof attempt, but it is interesting to think that this is the way that people think since more of anything, anything positive that is, appears to be highly attractive to a lot of people who are more than willing to follow said individuals.

If I’m not making sense it’s because this subject and its many arguments make little to no sense given the fact that it’s almost akin to saying that those born with bigger lips are better kissers. Some of them might be, but it’s only because they’ve learned in some way how to make that single attribute work for them in a positive manner. Having a bigger head might mean having a bigger brain and a great capacity for higher intelligence, but the fact is that if a person has something and doesn’t know how to use it to the greatest extent then they have a lot more of something that’s still fairly useless to them.