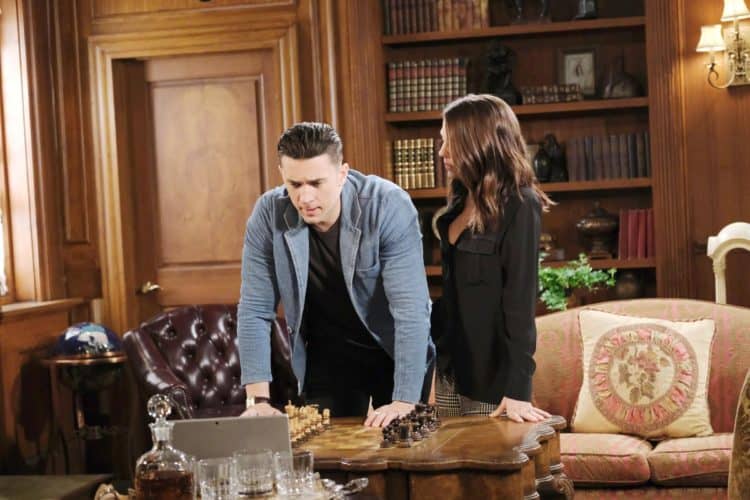 Days of Our Lives fans aren’t sure how to take what is going on with Ciara these days. We’ve said it before, but it seems that the past year has changed her to the point that she is not even living her own life as herself anymore. She seems to be living a life in which she is a different person who is doing things that are not always the most productive in her life. She’s snooping, going through people’s personal information, making major life decisions for those who are around her, and she is trying to find the baby that’s been kidnapped without any help. She know who has Mickey, and she’s taken on the kidnapper on her own, and we almost wonder if she is being reckless or brave, or if she feels she is being both. She’s taking a huge risk doing this, but she’s probably showing us a bit more about how she feels on the inside after all that happened in her life lately.

In the latest #DAYS, Justin reveals a shocking truth to Jennifer.https://t.co/ZsCmioRrzb pic.twitter.com/vzMFXzb5dR

Are we ready for this?

Eric learns the truth about Sarah's baby, and Chad pays a visit to a shadowy figure – could it be that the Phoenix has risen again? Watch #DAYS, weekdays on @nbc. pic.twitter.com/Jeo4SSVRGO

It looks like there is going to be a bit of a situation coming up today that we did not know we would learn as quickly as we did. We hear that Lani is going to finally open up to someone about why she left Eli. It seems that most people have no idea what happened and why she left him standing at the altar on their wedding day, but she did. She did not want to, and she is crushed that her future was taken from her so much. It hurts her even more to know that Gabi is moving in on the man she was meant to be married to at this point in time, and we are beginning to think that Gabi isn’t into Eli at all. She is merely into making sure that Lani is as crushed as humanly possible in the meantime. It’s ugly, and we don’t like it, but we know her and her type, so we get it, too. She’s a mess, and we know this. But, Lani is done keeping secrets.

Meanwhile, we will also learn that Haley did not leave town. She died. She was killed, and she is someone he misses so much. This might explain some of what is going on in his life, too. Now we get why he is suddenly using drugs and behaving like this. He’s lost so much, and he’s so distraught over all of it that he cannot even function as a person right now. It’s all very hard for him, and we do appreciate that.