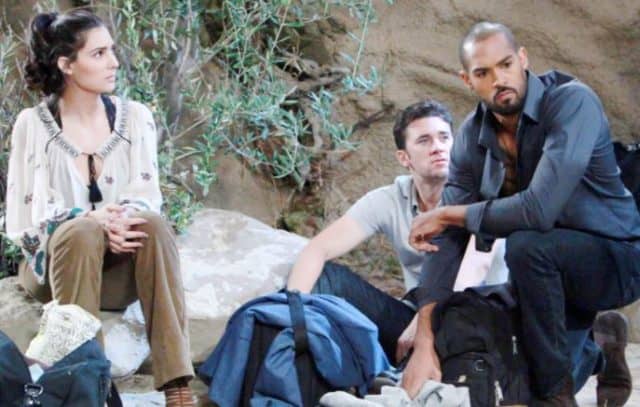 Days of Our Lives fans know the show won’t be airing today due to the French Open Tennis Match, but we can still speculate about what’s going on today. There is a lot to do about nothing right now, and everyone is worried. A quick rundown for this week includes a plane crash, a goodbye, an arrest, and a lie. Chad is lying abou the amulet. Deimos’ entire plan goes awry — but we hear he will not be arrested. It’s Nicole going to jail when her disguise fails as she attempts to say goodbye to Brady. Deimos will get away, but it won’t be all roses for him.

The plane crash will leave everyone all right, but it will leave a lot of tension in the air. We hear that Lani and JJ will bond during this time, and things will go well for them on a picnic on a deserted island as they are stranded and fearful for their lives. We do enjoy they can get past the little things. We also hear that Ciara is making her final goodbye this week. She’s leaving the show for good, and she’s not coming back. There is rumor of a recast for the character, but nothing has been confirmed just yet.

It’s going to be a big week when the show returns on Tuesday, and we can’t help but wonder what people might think when everything begins to go down. Will Nicole stay in prison? Will Deimos die as we’ve been hearing he might? Will there be bigger issues to deal with? There’s a lot going on right now, and we just don’t know what might happen — but we do know the drama is big this week.