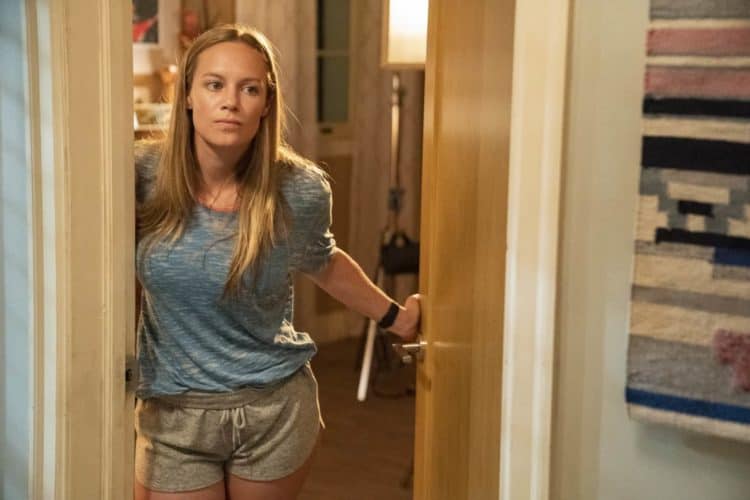 Danielle Savre is not a new face on television; you might remember her as the woman who had an affair with the president in “Too Close to Home” or the bisexual firefighter in “Station 19.” These are a few of the shows she has been involved in since she began acting at seven years old. She prides herself as not only an actress but also a singer and scriptwriter. However, her journey in the industry has not been smooth, as you will find out from these facts below that detail more about her.

1. Her sister is a firefighter

Danielle plays a firefighter in “Station 19,” and she was lucky to have someone to give her tips on what is expected. According to Daily Mail, Danielle kept asking Stephanie questions regarding how to best portray the role, and it brought them closer as sisters. When she auditioned, she did not let the directors know that her sister works in LAFD as a firefighter, but later on, she could not keep the news to herself. Therefore, people expected her to be as good as her sister.

2. Why being a female firefighter means the world to her

Growing up, Danielle did not get to see females represented in the male-dominated industry, even on television. Therefore for her to be a female firefighter, she was also breaking another female stereotype. On TV, there was an episode that showed a little girl surprised that female firefighters were rescuing her family. In real life, Danielle gets messages from little girls who want to grow up to be firefighters. The fact that she is making an impact on the young minds gives the actress great joy knowing that her acting is more than just taking home a paycheck.

3. She is proud of getting a stereotype-breaking role

The minute that she landed the role of Maya Bishop, Danielle felt honored that she would be playing a bisexual character since she was told about Maya’s sexuality. Although she is straight most of Danielle’s friends belong to the LGBTQ community, and she feels she is doing them proud by representing them in the various characters she plays. Her passion is to break any stereotyping about the LGBTQ community, thus advocates for ways that help tell their stories.

4. She thinks her first television role is the stupidest thing she ever did

When she was 15, Danielle got her first role on television, and she could not have been more excited. It came in the form of “Summerland,” where she played Jesse McCartney’s suitor but had to fight for his love with the character that Sara Paxton played. At the time, she felt it was a win, but later on, Danielle realized she was playing a female stereotype, the same thing that she wants to break today.

5. She developed body insecurities as a teenager

At 15, Danielle spent most of her time filming “Summerland,” where she had to wear bathing suits that exposed her body. Of course, she was conscious of her muscular built and curvy body, but that did not bother her until she turned 17 and landed another role in “Kaya.” Unfortunately, her character demanded that she lose weight since, at the time, Danielle weighed 125 pounds. She got to 118 pounds thanks to training professionally and following a strict diet by a nutritionist. It was still not enough, and Danielle continued shedding off some pounds.

6. She failed to get roles due to her body weight

The entertainment industry has seen many people like Jordyn Sparks and Khloe Kardashian, losing weight to fit in societal beliefs about the ideal body image. However, not everyone wants to be a size zero; therefore, after “Kaya” was canceled, Danielle went back to eating regularly; hence her curvy body returned. She needed to get more jobs, so she went auditioning, but no one was willing to cast her based on how she looked. After so many auditions and never getting the part, her agent got frustrated and dropped her, leaving Danielle to continue dealing with an industry she refers to as scary.

Danielle thought she had seen it all in the film industry until she finally learned that her curves were but the beginning. When she landed a role in a film along with two male leads, she was happy to learn that they had signed up for equal pay. Unfortunately, the male actors were crafty and signed deals to get back-end profits if the movie made good returns in the box-office. Danielle was frustrated that after exposing herself- she had shown her breasts for the first time on the film-she still was not getting her fair share as she told StyleCaster.

8. Why she appreciates friendships

You cannot go through life without having at least one person who can have your back when your world is crumbling. Still, Danielle, for a long time, never had more than three people; as a child, she had two girlfriends, and the rest were boys. The trend continued in high school, and it is only later that she found women she could relate to and connect with based on their life values. Now that she has real friends, Danielle treasures them, knowing they do not come easy.

9. She needed help to make her first music video

In 2012, Danielle wanted to make her first music video but lacked the funds to do it, thus sought the help of well-wishers. On Kickstarter, Danielle told fans her story about how, as an actress who relied on acting to pay her bills, she barely had enough money to make a video since it is expensive. She listed Shane Sparks as the choreographer, Jesse M. Feldman as the cinematographer and Jeff Betancourt as the director. By March 2013, she had convinced 95 people to pledge $20,400, which surpassed her goal of $20,000.

10. Why she holds her manager in high regard

Danielle says she is lucky to have a manager who knows what she wants and helps her get it. She had been yearning for roles that portray strong independent women. When the casting directors were looking for someone to play Maya, they were not interested in having anyone like Danielle, but her manager, Francis Okwu, fought until she got the role.