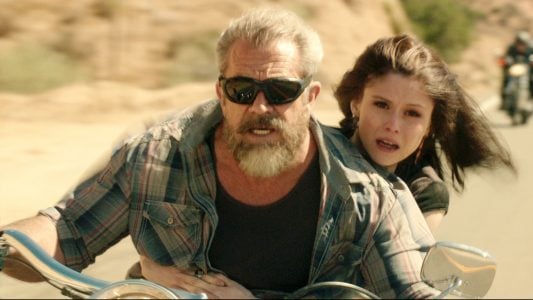 The start of a new year is not just an opportune time to look forward to what the next 12 months will bring.  It is also an occasion to look back on the last year and reflect on what we’ve gone through as people.  For word jockeys like me, it’s a time to take stock of the last year in film: the good, the bad and the ugly.

Just because a few tentpole blockbusters let us down, people are quick to forget what an outstanding year 2016 was for film.  For every Dawn of Justice, Suicide Squad and Assassin’s Creed we slogged through, there were genuinely great movies to pick up the slack.  And while I wish that I could make this a top twenty or thirty list — any excuse to heap further praise on Blood Father, Sing Street, and Hell or High Water — or wait until I have seen all of the Best Picture contenders that released in December, brevity and Kairos force me to plow ahead with a shorter and timelier list. 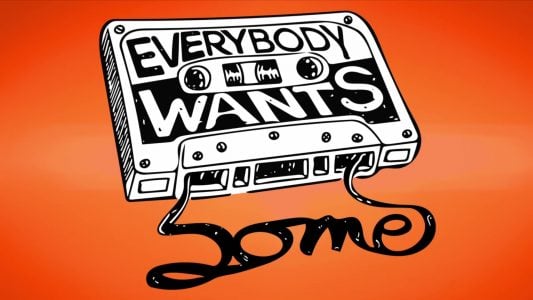 10)  Everybody Wants Some!! — Writer-director Richard Linklater specializes in a type of film that American audiences are generally unfamiliar with: the “slice of life” drama.  Although popular elsewhere in the world, this genre revels the ordinary: the day-to-day lives of average people, showcased without the typical, weighty dramatic flourishes typical of other narratives.  The Before trilogy, Dazed and Confused, Boyhood and now Everybody Wants Some!! typify this rare kind of American film.

Set in the days between moving in and the start of classes, Everybody Wants Some!! follows a college baseball team as they try to cram as many good times in as possible before their classes start getting in the way of partying.  Despite its shallow premise, Linklater invests the film with better-realized characters, more relatable situations and more nuanced relationships than other, “meatier” dramas.  Some might be quick to dismiss this as a movie where nothing happens, but that misses the point entirely: in those “unimportant” moments between life’s cornerstone events, life happens. 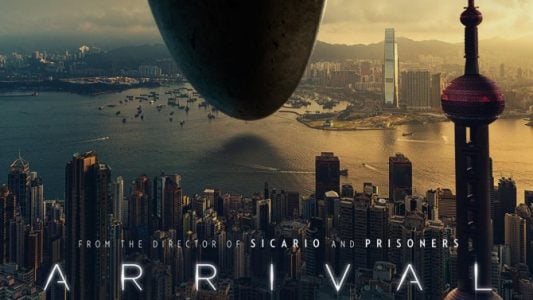 9)  Arrival — In the days and weeks following twelve alien ships touching down on Earth, the world has begun to unravel at its seems.  People are afraid, political pundits urge their listeners to ill-considered action and the governments of the world are on the brink of war.  The only hope to avoid catastrophe is the work of linguist Louise Banks and theoretical physicist Ian Donnelly, as slowly begin to decipher the aliens’ bizarre language and learn what their purpose is on our planet.

Denis Villeneuve’s latest film — following the aftermath of first contact — is not for everybody.  It is a cerebral, often emotionally cold, sometimes difficult drama that is beyond what most movie-goers are willing to invest in on a Sunday afternoon.  For those willing to work through the heady subject matter and labyrinthian narrative, Arrival is the kind of “thinking man’s” sci-fi film that builds on the groundwork laid by 2001: A Space Odyssey. 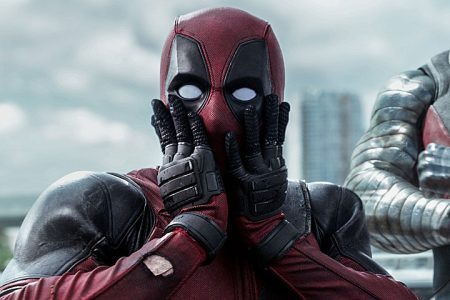 8)  Deadpool — The X-Men franchise — despite all its false starts and halting progress — has finally found itself in a good place.  The last five films have all been varying shades of good (yes, even Apocalypse), with some even being among their years’ best cinematic offerings.  After Days of Future Past rebooted the franchise, anything seemed possible: even a second stab at Deadpool, the smart-alecky sometimes-superhero last seen in X-Men Origins.

In his “debut” film, the titular “merc with a mouth” shows that superhero movies can be more than just action movies.  While the plot revolves around Ryan Reynold’s Wade Wilson hacking and slashing his way through an army of mercenaries, that’s just window-dressing for an R-rated gross-out comedy.  Everything exists either as a verbal springboard for Deadpool’s irreverent comebacks, derisive body humor or self-referential mockery. 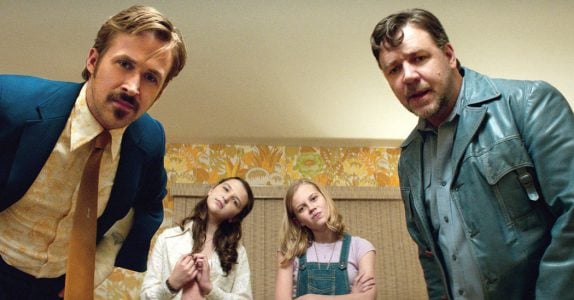 7)  The Nice Guys — 2016 was over-stuffed with criminally over-looked movies.  Hush was released on Netflix with hardly a murmur, The BFG passed unnoticed through theaters despite being a pitch-perfect adaptation of the Roald Dahl novel and my favorite movie went virtually unseen before its home release in late November.  The Nice Guys was an original, R-rated action-comedy released the same weekend as Neighbors 2 and in the far-reaching shadow of Captain America: Civil War; it never stood a chance in theaters.

Those that did see it, however, were treated to the smartest comedy of the year: a throwback to movies like Lethal Weapon written and directed by Shane Black, the guy who wrote the first two Lethal Weapons.  It had one of the best casts assembled in recent memory, including the exceptional Angourie Rice: a scene-stealing youngster who held her own against the likes of Russell Crowe and Ryan Gosling.

6)  Moana — When it comes to animated films, Disney is always a safe bet.  They have always been the premier name in animation.  Whether producing their own in-house, helping fledgling studios or distributing foreign-produced films, the House of Mouse knows their way around brightly-colored family entertainment.

So while Moana isn’t my favorite animated film of the year — Heck, it’s not even my favorite animated Disney movie of the year — it is still heads above the majority of the competition.  In addition to the high-end graphics, toe-tapping music numbers and rock-solid story that you would expect from the animation studio, it is also a powerfully affecting film centered on a rich culture that is far too frequently ignored by the greater cinematic community.  It proves that there is a wellspring of stories to draw from outside of the safely marketable, Anglican tradition. 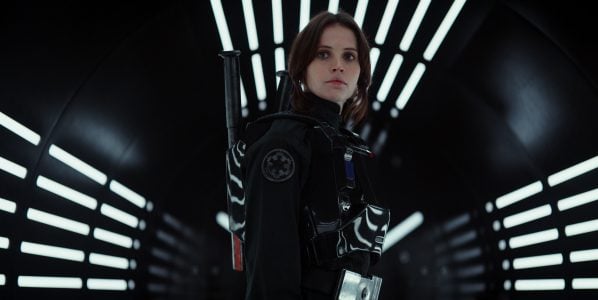 5)  Rogue One: A Star Wars Story — If a potentially great movie was ever going to fall on its face in 2016, this was the one.  Rogue One‘s notoriously troubled production left the film in an allegedly unwatchable state.  The first two thirds of the movie were almost entirely reshot, the score was scrapped and the marketing shifted from advertising the next great Star Wars movie to “lower your expectations.”

And yet, shockingly, Rogue One was fine.  More than fine, it was fantastic, with some going so far as to call it the best Star Wars movie to date.  It showcased the best non-melee fight sequences in the franchise and the most memorable Vader moments outside of “I am your father.”  If this is the quality we can expect from these bi-annual spin-offs, then I will happily be first in line to see every last one of them. 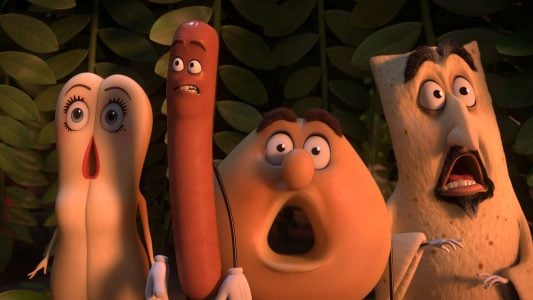 4)  Sausage Party — As you might recall from a recent review, I am not typically a fan of comedies.  While I like to laugh as much as the next guy, I am notoriously picky when it comes to what I will actually enjoy.  And considering that I have a hit-and-miss relationship with Seth Rogen, this had as good a chance as not at failing. 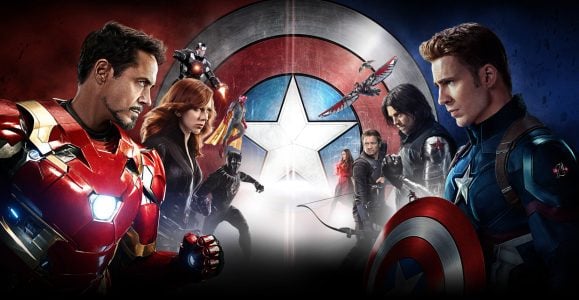 3)  Captain America: Civil War — As we close in on the ten year mark of the Marvel Cinematic Universe’s lifespan, it is amazing to see how unerringly excellent they have proven themselves to be.  The worst of them — Iron Man 2 — was still an above-average action movie, while the best of them have defined the popular landscape of recent cinema.  Because of The Avengers successfully threading together four disparate franchises into a cohesive whole, we now have the DC Cinematic Universe, the Universal Monster Cinematic Universe and the Legendary Kaiju Cinematic Universe: none of which has held up against the bombastic creativity and proven quality of their avenging forbearer.

Civil War is another sterling example of how Marvel makes what they do look easy when no other mega-franchise seems to be able to pull off the same trick.  It holds it characters accountable for their disastrous, if well-intentioned, actions in a way that seems both prudent and realistic.  It roots its fights in the human drama of a sprawling cast of characters torn apart by politics, in-fighting and their own moral conscious.  It simultaneously acts as a culmination of story arcs years in the making and as the origin stories for a new generation of superheroes.

I don’t think that we will truly be able to appreciate how bafflingly excellent Civil War — and, by extension, the rest of the MCU — is until the “Marvel experiment” invariably derails years down the line and we finally have the necessary perspective to take the whole thing in at once.  Maybe it really is just the mad genius of Kevin Feige holding these movies together.  Maybe expansive, inter-franchise movie continuities will cease to be viable after he’s finally had enough with them.  Until then, I’ll happily take what I can get from Marvel with a smile on my face and a bag of popcorn in hand. 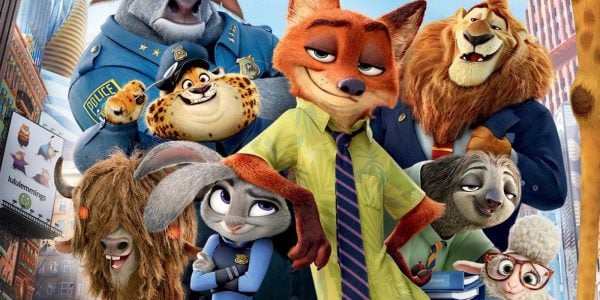 2)  Zootopia — I don’t exactly know what I was expecting from Zootopia before I sat down in a dim theater and the title card lit up the room.  The premise was cute and the Disney pedigree was there, so it was bound to at least be good.

Zootopia is more than just good, though.  It is hands down the best Disney movie of the decade, and probably going as far back as The Lion King.  It is a nuanced crime movie with uncharacteristically relevant social commentary for a story about a bunny and a fox: at times tackling bullying, racism, politics and drug trafficking.  This is the kind of hard-hitting material that you would expect from something like The Nice Guys, not the makers of Frozen, and yet they pull it off with aplomb and a PG rating. 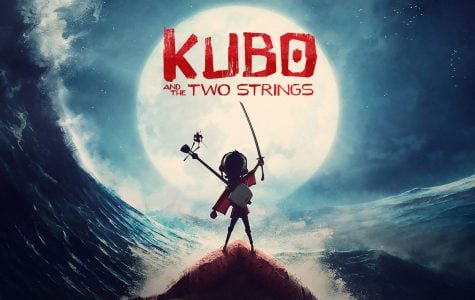 1)  Kubo and the Two Strings — If you would have told me a year ago that not only would four of my top five favorite movies from 2016 would be animated, but that the top slot would go to the movie from the same guys who made The Box Trolls, I would have called you a liar.  While I’m not above watching movies intended for kids one third my age, there’s usually a lot more for me to invest in during weighty, year-end dramas.  But 2016 is about as abnormal as they come, and Kubo and the Two Strings is vastly superior to any other movie that came out during that time.

In much the same way that Iron Man cracked the code of making superhero costumes look good on screen, Kubo figured out how to make stop-motion animation as sweeping as their hand-drawn brethren.  By combining stop-motion animatronics with green-screened backgrounds, they created a world as fully realized and detailed as any from more traditionally rendered animated films.  This allowed them to tell an epic, Zelda-esque saga about a one-eyed boy who can use the power of music to animate and reshape paper into whatever form he desires.  It is the kind of original, creative and breathtaking narrative that people complain about never getting made today, and it’s out on DVD and BluRay right now.