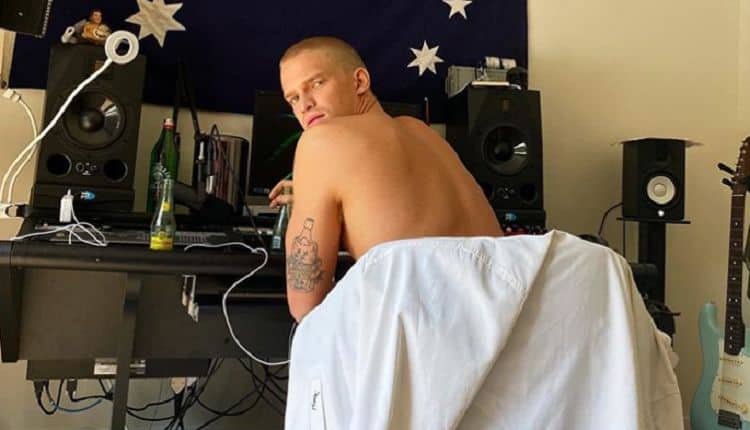 Cody Simpson is a singer-songwriter, dancer, and actor who was born on January 11, 1997, in Gold Coast, Queensland. He is both a solo artist and a member of the band ‘Tide’. Simpson has also enjoyed success in musical theater, and he played the role of Dimitry in the Broadway musical ‘Anastasia’ from November 2018 to March 2019. In addition to his career in the music industry and his theater performances, he has also become well known for his romantic liaisons with high-profile celebrities. This means that he has raised his profile and is now relatively well-known. Despite this, there are still lots of things that the public does not know about him. Here are 10 interesting facts that you probably didn’t know about Cody Simpson.

1. Simpson is a Talented Swimmer

When he was growing up in Australia, Cody Simpson was an enthusiastic swimmer. This was a sport in which he showed talent, and he began training with the Miami Swimming Club. He took part in the 2009 Queensland Swimming Championships, and he won two gold medals. As an adult, he is a member of the University of California’s Trojan Swim Elite team.

2. He Has Dated Kylie Jenner and Gigi Hadid

Since he began making music, Cody Simpson has attracted media attention due to his relationships. In 2012, he had a brief fling with model Kylie Jenner. A photograph of Simpson and Jenner kissing went viral. The following year, he began dating model Gigi Hadid. By May 2014, Hadid and Simpson had broken up, and this was blamed on their busy and conflicting work schedules. The couple then got back together, before splitting again in May 2015. Despite their on-again-off-again relationship, Hadid appeared in two of Simpson’s music videos. These were the videos for ‘Surfboard’ in 2014 and ‘Flower’ in 2015.

3. He is a Brand Ambassador and Advocate

4. He Was a Contestant on ‘Dancing with the Stars’

In 2014, Cody Simpson was a contestant in season 18 of ‘Dancing with the Stars’. He was partnered with professional dancer Witney Carson. The pair were eliminated third in the competition, although it was the fourth week. In the third week of the season, there was no elimination as Billy Dee Williams withdrew from the competition that week.

One of Cody Simpson’s favorite foods is sushi, and he loves dining out in sushi restaurants, says Cosmopolitan. When he is dating, he likes to take his girlfriend to sushi restaurants. He was often seen eating sushi with Gigi Hadid when they were dating, as it is also one of her favorite foods. Simpson has also been seen out eating sushi with pal Miley Cyrus. Other than sushi, he also likes a nice steak served with asparagus wrapped in bacon. Unfortunately, he is not the best cook, so he must rely on dining out or having others cook for him who are more talented in the kitchen. Simpson also loves Starbucks coffee.

Some musicians find the touring experience uncomfortable and tiring. That is not the case with Cody Simpson, as he says that he loves everything about touring. Although he admits that you can’t get away from people, he says that he has no desire to do so. He thinks traveling on a tour bus is fun and that it is allowing him to see new places each day and to get some experience in the world. He loves waking up in a new place and then going in search of somewhere to eat breakfast.

7. He Was Once Egged During a Performance

According to Fan World , Cody Simpson was egged during a live performance at Westfield Miranda in Sydney in May 2011. Although none of the eggs hit Simpson, the rest of his tour was canceled due to safety concerns. Simpson said that he felt terrible about this cancellation as he knew his fans were looking forward to watching his performance.

8. He Wrote a Song About a Bee

Like most musicians and songwriters, Simpson takes inspiration from a variety of sources. He has said that one of his biggest inspirations is nature. While he was in Malibu, he wrote a lot of songs because he felt so inspired by the environment. ‘Living Easy’ is about a simpler lifestyle as people do not need a lot of material things to enjoy happiness if they have good surroundings. ‘Circle Driftwood’ was written about his journey to becoming an independent artist away from the commercial side of music. One of his most unusual inspirations was a bee, which was the inspiration behind the song ‘ABC’.

9. His Sister is a Model

Cody Simpson has a sister who is also in the limelight. His younger sister is up and coming model and singer Alli Simpson. There is no sibling rivalry between the two, as they are very close and spend lots of time with each other when they are not working. Simpson also has a younger brother called Tom.

10. He is Friends with Miley Cyrus (probably more)

In 2019, Cody Simpson was spotted kissing Miley Cyrus, which sparked rumors that they are in a relationship. However, he has been close friends with Cyrus for some time. Back in 2015, he said that Cyrus was one of his best friends and that she was helping him with the transition from his childhood into his new celebrity adult life, says In Style. Simpson described her as being very open-minded and that he hoped that he could become more like her.