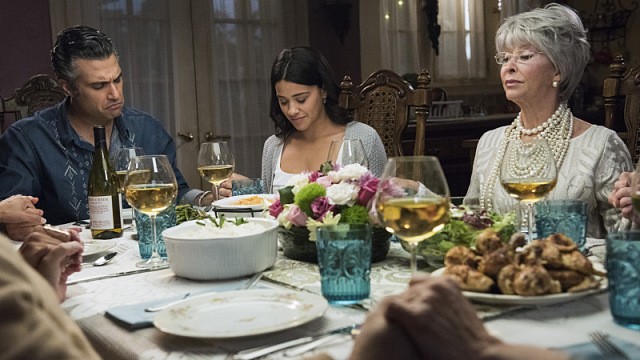 Phew! It has been a long wait to catch up with what’s going on in Jane Gloriana Villanueva’s life. The midseason premiere of Jane the Virgin did deliver with its usual valuable life lessons, comedy, and Rita Moreno!

The Villanueva women are losing their minds since Mateo won’t sleep through the night. Jane refuses to let him cry so that he learns to soothe himself. Alba scoffs at all of Jane’s sleep training ideas, and given that they don’t work, I can’t say I blame her. Eventually Jane relents and tries it Alba’s way, but she can’t stand her son’s crying.

Jane’s other abuela, her “Glamma” Lilliana (guest-star Rita Moreno) comes to visit her granddaughter and great-grandson. Her usual, shall we say abrasiveness, has been replaced with somber politeness. No one is prepared for the bombshell that Rogelio’s father is gay and has left Lilliana for a man. As Lilliana’s only confidante, Jane gets very uncomfortable with keeping secrets. She tells Xiomara, who tells Alba, and they all continue to lie for awhile. Rogelio starts to think that his father is dying, so Jane is forced to tell him the truth. Rogelio is shocked at first (though really, his Dad loving Bette Midler should have been a dead giveaway), but then he comes up with a plan to let Lilliana know that he is okay with the situation. His great idea is to rope Alba into inviting a gay friend of hers from church. Obviously the plan backfires. What really makes a difference is for Rogelio and Lilliana to have an honest conversation. More than anything Lilliana is afraid of being on her own for the first time in her life. Rogelio assures her that she has him and a whole family behind her, so she has nothing to be afraid of. Nothing, except perhaps her little white lie about how long she’s known her husband’s secret coming out; as in, how many decades she has known.

At least Jane has her teaching assistant assignment to keep her busy. I love Jane’s enthusiasm, I really do. However, undergraduate students are sleep-deprived zombies who respond only to clear-cut instructions. These students are worse because they just don’t care about Jane’s class. So Jane tries to speak their language as a way of getting the material through to them. I give Jane a lot of credit for combining her sport’s metaphors with traditional literature. Unfortunately some students are just lazy. The first student Jane allows an extension to takes advantage and plagiarizes his paper. A regular Jane wouldn’t allow such tactics, but a sleep-deprived Jane is in no mood to even discuss the matter. She gives her student an automatic fail, which she is completely in her right to do per every single university policy in America. Unfortunately the professor of the class is a sport’s fan, so he asks Jane to give the student just one more chance. Jane uses this as an opportunity to inspire her student. By inspire, I mean make repeatedly terrible attempts to play basketball until her student realizes that if his teacher can exhaust herself to make a point, he can write a paper.

Michael is working on tracking down Luisa’s mother Mia, now believed to be the notorious drug dealer Mutter. With a little help from Luisa, Susanna and Michael figure out that Mia was at one point hiding in a lagoon bay. The good news is that Luisa’s mother is not Mutter, but that is because she died eight years ago. Michael is going far professionally, and personally feels it’s best that he cuts ties with Jane. Jane is hurt, but it’s time to move on.

Luisa isn’t the only one with moms on the brain. Petra has some mama drama of her own. The detective on Ivan’s murder case tells Petra that it is her word against her mother’s. Petra begs, and even tries to trick, her mother to confess, but nothing works. With no proof and limited time to take a plea deal, Petra is so stressed she can’t even remember to take care of herself. Luckily Rafael is doing an excellent job of taking care of the mother-to-be. He helps her take care of herself, and she counsels him on how to deal with the reemergence of his mother. It is then that they realize that Petra’s mother actually falsified evidence, so they can send Magda to prison once and for all. Getting rid of Magda gives Rafael the strength to finally face his own mother. She gives a long explanation about being trapped in a marriage she realized she didn’t want after a whirlwind romance. Rafael realizes too late that it is his mother who is the real Mutter. Poor Rafael, he really does have the worst family ever.

Now that we know Rafael’s mother is the big bad, what despicable thing will she do next? 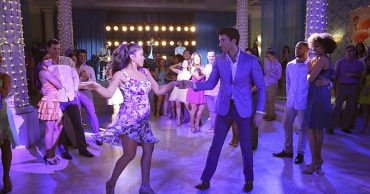 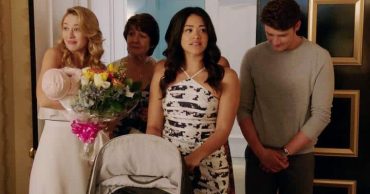 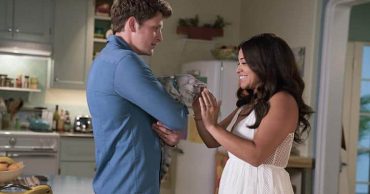 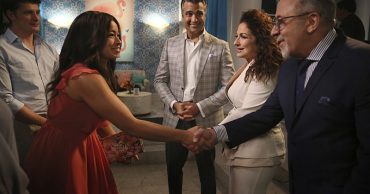 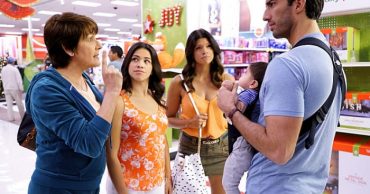 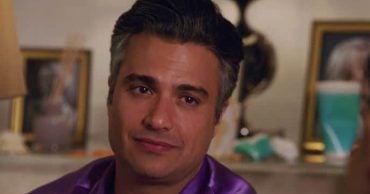 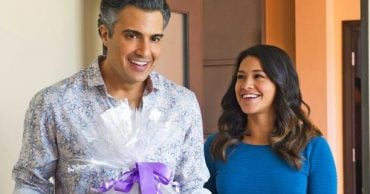 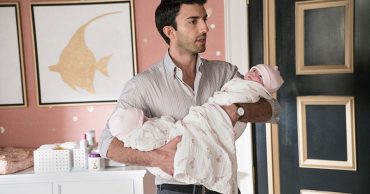 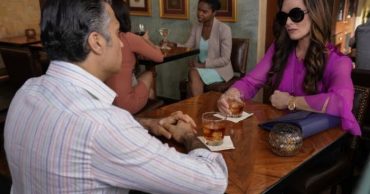 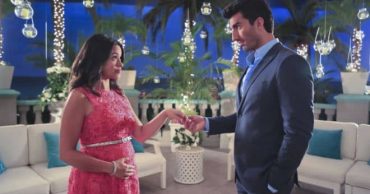 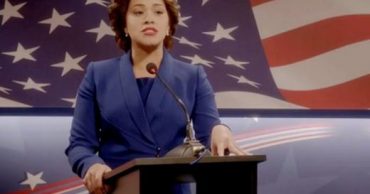 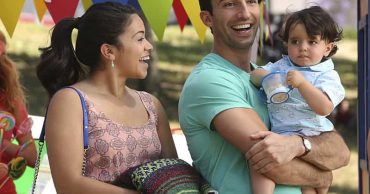 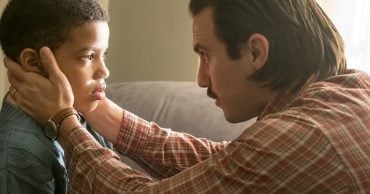 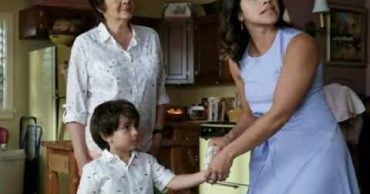 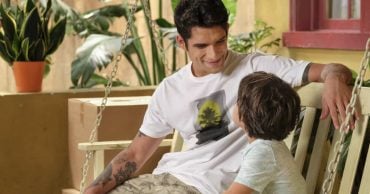 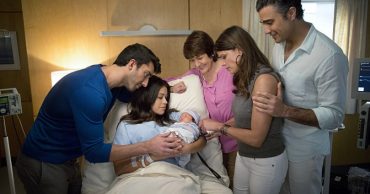 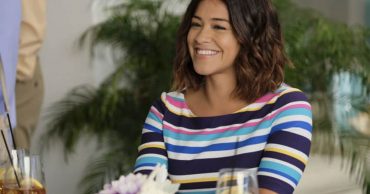 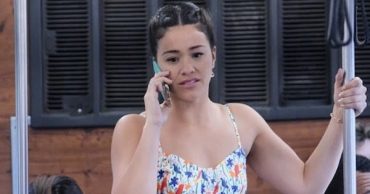 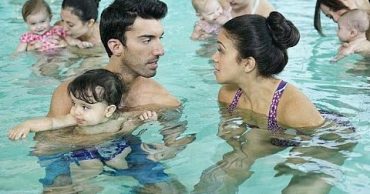 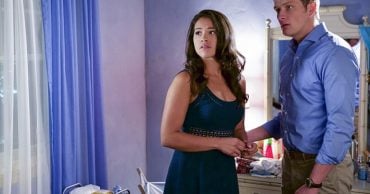