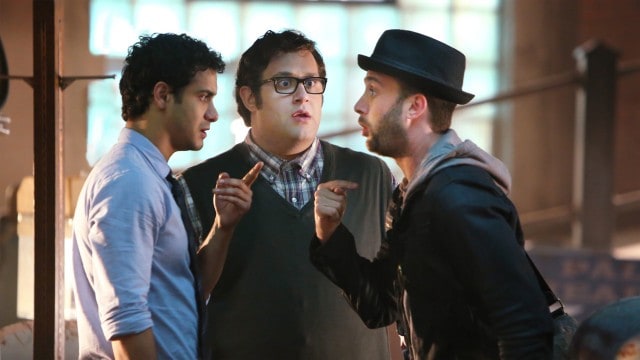 There will be quite a few new shows making their debuts this fall on CBS. In fact, with six new shows, the network will be premiering more freshman series than any of its competitors.

With those new series, many of which are comedies, such as Kevin James’ Kevin Can Wait and the Matt LeBlanc-fronted sitcom Man With a Plan, coming to CBS, there will be a few schedule changes for the network’s popular returning shows. Scorpion will move to a later hour, now airing at 10 p.m. on Mondays instead of 9 p.m., while NCIS: Los Angeles will vacate its Monday, 10 p.m. time slot and now calls Sundays at 8 p.m. its home. Also, The Odd Couple, which was held off till midseason this past year, will be back on CBS’ lineup this fall, airing behind 2 Broke Girls on Mondays.

Check out the full CBS schedule below, which features all of the new shows (whose titles are both bolded and italicized) and the night/time changes for your favorite returning series:

Not Returing to CBS Next Season: Angel From Hell, CSI: Cyber, Extant, The Good Wife, Mike & Molly, Rush Hour, Supergirl (Season 2 will air on The CW), and Under the Dome