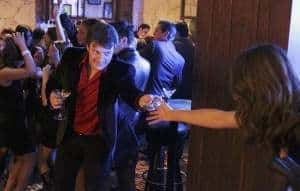 I tried really hard not to get my expectations sky high for this week’s Castle. I really did. I knew that whatever followed ‘Knockdown’would most likely pale in comparison because that episode was one tough act to follow. So I tried to keep my excitement to a minimum, even after those really good sneak peeks, and started watching last night’s episode knowing it would probably be a lighter, fun installment.

I admit I was dreading it would be another fiasco like ‘Almost Famous'(that followed ‘3XK’earlier this season), but I am glad to say this wasn’t the case this time. While ‘Lucky Stiff’wasn’t the best episode ever (I was slightly bored during the first 10-15 minutes), it also did not disappoint. But I only came to that conclusion after I gave it some thought. I am sure that the majority of the fans was expecting the repercussions of the events that took place during ‘Knockdown’and since that wasn’t blatantly addressed, I would say that a lot of people came out of this episode disappointed.

But there is a little something about the show that most of the casual viewers are probably overlooking. What is so great about Castle is that it’s a really subtle show. They are not going to come right out and have Beckett and Castle discuss their kiss because that’s just not who they are. What you have to look for is the subtext in the dialogue and what they are trying to convey with an expression or a joke. Because that is exactly where Castle excels at and that was the one aspect that got me hooked on the show in the first place.

‘Lucky Stiff’had a decent case. It wasn’t all that suspenseful and I thought there were way too many suspects, but that didn’t take away what really mattered in this episode. Castle and Beckett didn’t stop to analyze their kiss in detail — at least not out loud — but they weren’t awkward around each other like most expected them to be in the aftermath of ‘Knockdown’. Instead, they showed a deeper intimacy and connection between the two characters, unlike anything we had seen in the past three seasons. 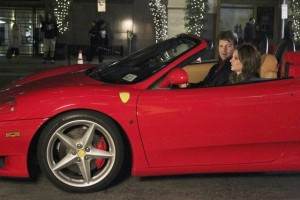 The banter, the flirting and the camaraderie between them was still there, but they seem a lot more comfortable around each other now, which is the opposite of what we had thought was going to happen. I am not sure if they even realize what they are doing, but it feels like they are already in a relationship, except neither of them knows about it. For instance, Beckett apparently feels comfortable enough to stop by her place with Castle so she can change into that hot little black dress and then go with him to his apartment so he can do the same. While she is waiting for him, she has a heart to heart with his mother. On that same line of thought, was it just me or was she a lot more comfortable around Martha than usual? Then they proceed to go to a night club — undercover, of course — and Beckett shamelessly flirts with Castle and teases him until the poor man can’t even think straight.

But of course, that was for investigation purposes only.

Not to mention their little heart to heart while they were doing a stakeout. At this point, I think neither of them knows what exactly they are doing. Castle has had his epiphany and it’s pretty clear that he has strong feelings for Beckett and has acknowledged those feelings. Beckett, on the other hand, seems to be aware of her feelings for him, but is holding back because of her relationship with Josh. The only problem is, I don’t think that either of them is even remotely aware of the other’s feelings, which just keeps them going in this vicious circle until one of them finally snaps out of it and does something about it. 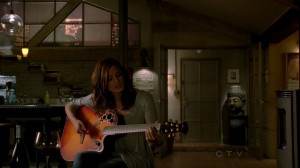 That last scene where Castle finally figures out what Beckett would do if she won the lottery — something to honor her mother’s memory — and immediately goes to her apartment to tell her what he has done, spoke volumes about where their relationship stands. I admit that for a moment there I thought Kate would revert to season 1 Beckett and I was already bracing myself for her rejection. But then she smiled and thanked him, clearly touched by what he had done for her, and millions of Castle fans sighed in relief. That right there – her acceptance that he is slowly breaking down her walls and getting under her skin and the fact that she doesn’t mind one bit – proved to me that it’s only a matter of time for them to get together for real.

Because after that little stunt from Castle, Dr. Motorcycle Boy does not stand a chance, no matter how hot and perfect he is.

Okay, now that I have overanalyzed their relationship once again, let’s talk about what else worked in this episode. First of all, I just have to say that Ryan and Esposito have the best bromance in television right now. I really can’t get enough of their scenes and I am so incredibly glad that The Powers That Be are giving them more screen time. The scene where Ryan outs Esposito’s relationship with Lanie was nothing short of hilarious and Seamus Dever and Jon Huertas nailed it.

One last thing that needs to be mentioned is how awesome Beckett was in this episode. That girl kicked some serious butt throughout the episode and it was great to see her being such a badass. The club scene — with Kate pretending to be a drunk bimbo — has got to go down in history as one of the most entertaining scenes ever on the show.

Anyway, to wrap it up, ‘Lucky Stiff’may not have been the best episode of the series. But for sheer character development awesomeness (and adorable Castle/Beckett moments), it deserves at the very least a B+. Maybe even a tentative A-.