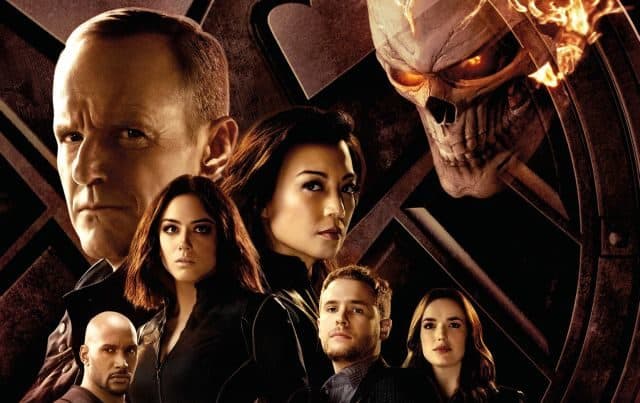 Season 4 of Agents of S.H.I.E.L.D. has just come to a close with “World’s End.” However, people are already discussing season 5 of the same series, which was approved in May of 2017. It is interesting to note that as the Marvel Cinematic Universe has continued to expand with each new movie and TV show, so has the size of the sandbox that has been allotted to Agents of S.H.I.E.L.D. As a result, it seems probable that the TV show will offer even more intriguing possibilities in season 5 than in previous seasons.

Here are five possibilities for season 5 of Marvel’s Agents of SHIELD:

Agents of S.H.I.E.L.D. started out as the first TV show in the Marvel Cinematic Universe. Since that time, it has been joined by Agent Carter, Inhumans, and other TV shows on ABC as well as Netflix. Furthermore, it is interesting to note that The Defenders is set to start in August of 2017, which is interesting because it is a crossover featuring Daredevil, Jessica Jones, Luke Cage, and Iron Fist, each of whom has their own TV show. As a result, it might be interesting to see a crossover between Agents of S.H.I.E.L.D. and some of the other TV shows in the Marvel Cinematic Universe.

Ghost Rider had a prominent role in season 4 of Agents of S.H.I.E.L.D. His presence as well as that of other characters like him suggests that it wouldn’t be impossible to see more characters from the comic books make their debut in the TV show even if they can’t manage one of their own. Considering the sheer number of comic book heroes and villains that exist, this means almost limitless possibilities for expanding Agents of S.H.I.E.L.D. as well as exploring its current cast in new and exciting ways.

Magic was introduced to the Marvel Cinematic Universe with Doctor Strange in November of 2016. As a result, Agents of S.H.I.E.L.D. is now free to incorporate it into its own sandbox. This can be seen in how Ghost Rider is empowered by something supernatural, but as the TV show continues to shoot, it seems probable that viewers can expect more magic in a wider range of roles.

On a similar note, viewers can expect to see Agents of S.H.I.E.L.D. spending more time in space as well. After all, there have been not just one but two Guardians of the Galaxy movies released so far, while a third is scheduled for release at some point in the future. Combined with the cliffhanger, the existence of numerous aliens in the comic books, and the existence of numerous earthbound entities interacting with said aliens, it seems probable that outer space will become more and more important in Agents of S.H.I.E.L.D.

Marvel cosmology is more than a little bit bizarre. For example, the Nine Realms of Norse mythology exist, though they’re not quite what Norse mythology enthusiasts would expect based on their readings. As the Thor movies continue to explore Marvel cosmology, it might be interesting to see more characters from that part of the setting make their way onto Agents of S.H.I.E.L.D., particularly since there has already been an Asgardian presence on the TV show.