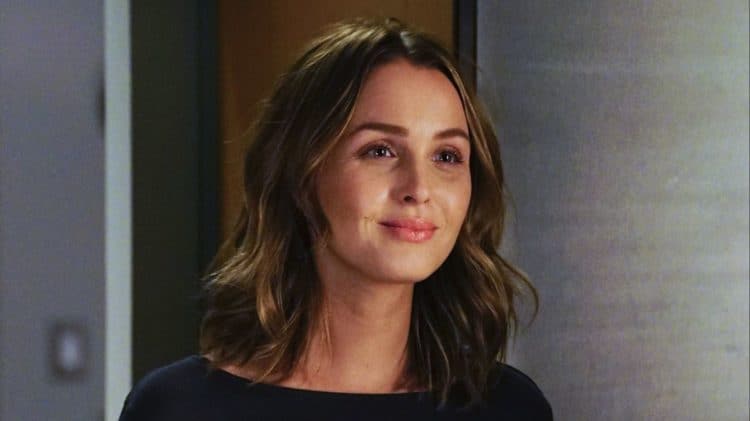 Camilla Luddington is an interesting character since she openly admits to a lot of things about herself and doesn’t find any reason to think that she’s anyone but who she needs to be. That’s inspiring really since it means that she’s completely comfortable with herself and is happy for any and all opportunities that come her way most times. If only more people were open like this and enjoyed their lives in such a way the world might be a more serene place. But if you don’t recognize her don’t feel too bad about it. She’s been in a good number of shows and movies but her role is usually that of a supporting character, someone that’s there to back up the main cast and at the same time show that they’ve got the ability to be there. So far in her career she’s made sure that she has more than what it takes to do her part and help out with any project she’s working on.

Yeah the show has been off the air for a while but people can still be fans. After all it was one of the most-watched shows during its era and is still talked about now and then in a nostalgic sort of way.

9. She was obsessed with the Ricki Lake Show at one point.

Apparently she would even dress up her siblings and put on her own little show from time to time. That’s a person with a very active imagination, one can only wonder if her siblings were glad to play with her or saw it as something they couldn’t avoid. It sounds like it would have been amusing.

8. She’s the first person to provide the voice and motion-capture for Lara Croft in  Tomb Raider game.

It’s not really certain whether or not she’s a real game or a Lara Croft fan but she did seem awfully excited when she got the part for the game. After all Lara is a huge deal in the world of gaming and a lot of fans are always looking forward to the next installment.

7. She spent a full day on the Tomb Raider game set just dying in multiple ways.

It’s not all fun and games when you’re working on a set for a video game. Every move has to be tracked just right and the motion-capture has to be adjusted constantly it seems like in order to capture every move and tic so that it won’t end up screwing up the game somehow or make something seem just too off to pass muster. Apparently Lara had a lot of deaths to film that day, but Camilla took it all in stride.

Who said too much TV is a bad thing? After all there are some things you can learn from TV, especially given that some folks from other countries have learned parts of American culture from it and managed to pick up a new accent from it as well.

Camilla is pretty well aware of her weight and how easily she could start gaining. She’s not a tiny woman really but she is in good shape and likes to say that way. Can you blame her? Being fit and watching what you eat is a good feeling most of the time.

4. She admits to not being a neat freak.

Camilla has claimed that she would be a horrible housewife since she doesn’t think twice about grabbing a bite to eat and then leaving a dish or the remains of her meal just anywhere when she has has to get up and go.

3. She had a role in Justice League Dark.

Camilla does seem to fancy parts in fantasy in one way or another and she does very well to tell the truth. While True Blood was more of a fantastical soap opera to some folks it was still a very appealing show to others for various reasons.

1. She had a role in Californication.

To be honest it doesn’t seem like Camilla has allowed herself to be locked into any one particular genre as she’s kind of moved around and done a lot of things so far. It will be interesting to see where her career goes as the years continue to roll by, especially given the fact that she’s very versatile in her roles.

Definitely keep an eye on her, she could be a very interesting person to watch.