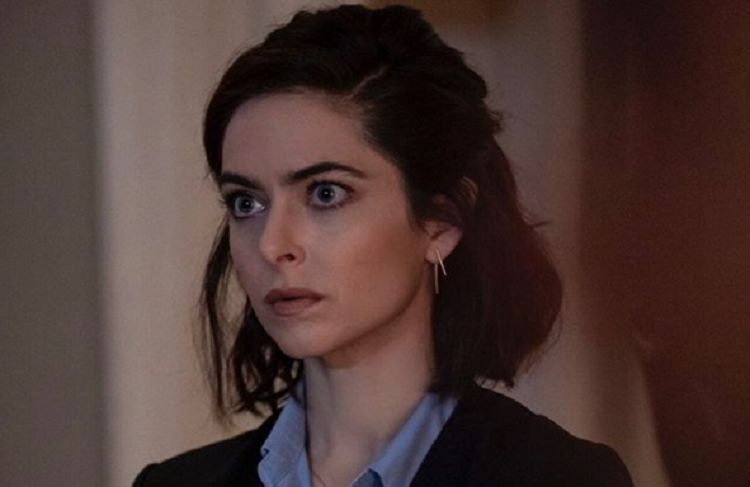 Brooke Lyons is a 39-year-old actress of Irish, Portuguese and Italian descent. She attended Yale University and graduated with an English Literature major, although at first, she wanted to study history. She then made her film debut in 2005 through “Trap,” where she played Erica, and her television debut was a year earlier in “American Dream,” where she was cast as Erin. Since then, she has starred in lots of movies and television shows, the latest being “Lincoln Rhyme: Hunt for The Bone Collector.” Get to learn more about the actress through these few facts.

1. She had surgery after a scoliosis diagnosis

Although Brooke was determined to make a living from ballet dancing, a life-altering experience had her rethink her career choices. Before she could even go to college, Brooke was diagnosed with scoliosis. It resulted in her spine getting a curvature that needed to be corrected by surgery since it was progressing way too fast. The illness caused the actress to start speaking up about it. In the process, Brooke wrote a book to connect with people who were experiencing the same.

2. How she made her start in acting

Sitting on a hospital bed can make you reconsider your life choices; therefore, as it dawned on Brooke that she had to stop dancing, she had to think of other ways to remain active. She missed the stage, and since dancing would be strenuous for her back, she thought about giving acting a try hence auditioned for “Rumors” and booked the part. From the moment she went on stage, Brooke became addicted to acting, and that adrenaline rush lives on today.

3. She is passionate about writing

Besides being an actress and a lover of books, Brooke also likes to pen down her thoughts. Therefore she has always kept a journal to write down her daily experiences and did not find it hard to write her book as a teenager. Now, as an adult in the entertainment world, the actress is putting her writing skills to good use by pitching show pilots. When asked about why she likes to write, she said that it is her way of processing her thoughts and sharing her experiences. Her affinity for writing has also seen her write notebooks over the years that she stores in a bookshelf.

4. Her views on social media

Brookes has mixed feelings about social media. On the positive side, the actress sees it as an ideal platform to communicate since she can relate to her fans directly. However, she still criticizes how users of social media see it as a means to put down others through trolling. She thinks that people have become accustomed to placing so much emphasis on social media that they are now taken to be digital profiles.

5. She is Reiki certified

Brooke believes that you cannot go through life without being knocked down a few times. Therefore she has mastered the art of exploring inner peace to help her through difficult times. She is certified in Reiki, an alternative form of medicine that helps one to relax, improve their overall well-being, and cope with emotional stress.

For Brooke, ballet feels like her first language since she enrolled in ballet class at two. With the detailed movements that the dance has, Brooke has found that she still applies in real life. Whenever she reads a script, she puts it into a rhythm and tries to wear the shoes of the character. That way, she can move with the character and know the speed of her movements and many more aspects. As she told The Sari Cohen, watching somebody move can let you in on everything, there is to know about a person.

7. She dreamed of becoming a professional ballet dancer

Having begun her ballet classes at a tender age, Brooke grew up dancing, and by the time she was 14, she knew that is all she wanted to do for the rest of her life. She, therefore, continued her training in New York, taking the train from Connecticut to attend her classes. Her goal was to be in a world-class company; thus she kept dreaming of the day she would make her debut.

8. Her child is her priority

Once you have carried another person in your body for nine months, you come to love them with every fiber of your being. Consequently, when Brooke had her child, she came to know of a kind of love she never knew even existed. With that dawn, Brooke has given up everything that does not suit her child, including her past toxic life. Having a child has also transformed the way she views herself since she has also learned to appreciate and respect her body.

9. How motherhood has changed her

Before you get children, you could not be bothered if a child went to school hungry. However, once you have cared for another person, your flesh and blood, you start seeing life in a whole new perspective. It happened to Brooke, who began caring for the community when she became a mother. She cites Hillary’s quote about there being no such thing as a child being other people’s, as her inspiration to start caring for children and women in need. Like she says, whoever said it takes a village was right since she has built a village with other parents.

Thomas Wharton said that if you spend an hour reading, you are stealing one from paradise, and it seems like Brooke Lyon pays tribute to this quote. She and her friends are in book clubs, but they rarely have time together due to hectic schedules that require them to always be on the move. Still, the actress finds time to read fiction and non-fiction books. Currently, she is reading Therese Anne Fowler’s “A Well Behaved Woman” and Dr. Shefali Tsabary’s “The Conscious Parent.”