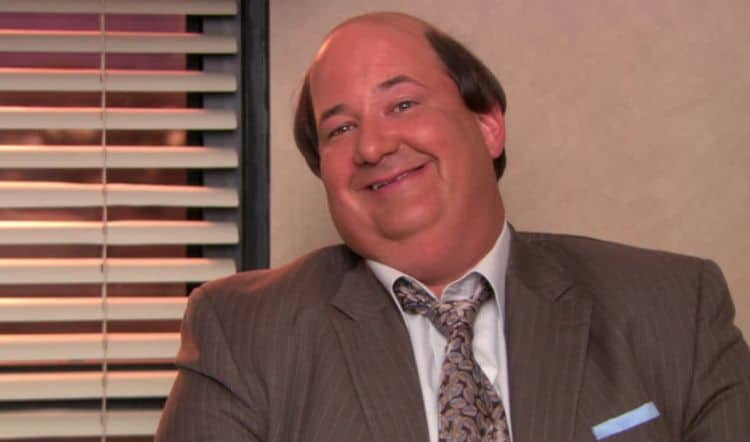 This service, Cameo, is more or less a service that offers personalized videos that are performed by a person’s favorite celebrities and can run anywhere from $22.50, for William Hung who will sing “She Bangs” to well into the thousands, as Caitlyn Jenner appears to be charging the most, because as we all know the Jenner/Kardashian clan needs the money. Yes, that was entirely sarcastic, and so is saying that this is the greatest idea ever since the fact that people are paying for this, to hear a personalized video from a favorite actor, is about as around the bend as it gets. The fact that Brian Baumgartner, who people know best as Kevin from The Office, has made over $1 million in a year’s time on this service is more evidence that people will pay good money for absolutely ANYTHING. To each their own and all that, but this is enough to confound a lot of people since it’s essentially another way for stars to earn money apart from their acting careers, and perhaps the biggest annoyance is that the cost of it is insanely high when to be fair unless a percentage earned is going to a charity or some other worthy cause, people are fueling the lifestyle of the celebrities in yet another way while possibly trying to survive on their own as 2020 has been a seriously trying year when it comes to finances.

Everyone wants to make a living, that much is true, but given that a lot of the people that are said to be doing these appearances on Cameo are already rich and very influential, it does feel like another way to get people to pay for something that’s bound to make some folks feel special and just make other folks roll their eyes. It comes down to the idea that not only have the people that are doing this been able to get where they’re at and enjoy the pleasure of making thousands to millions of dollars but now they feel the need to be seen even more and charge even more for it while giving their fans something ‘special’ that amounts to a pick me up from a public figure that is, admittedly, bound to pep a lot of people up and make them feel ten feet tall if it means that much. The fact that so many people have bought into this is just another opportunity to say that folks have managed to prove that they’re bound to spend their money on whatever is trendy and popular at the moment, whether it makes sense or not. Saving one’s money is obviously not a priority for some folks since making this happen and giving the celebrities another way to earn extra income is apparently of great importance. Those that want to say that the entertainment industry has been hit hard and that the stars have felt the pinch are correct, but at the same time they need to go soak their heads since trying to create any type of sympathy for a celebrity that has plenty to survive on and a nice big home to quarantine in makes it impossible to say ‘oh those poor souls.’. Obviously, that’s not the purpose of this, but the mere fact that people are buying into this is another reason to shake one’s head and wonder ‘what’s next?’.

The fact that there are those that want to spend their money on something like this is a bit disconcerting, but oh well, it’s their money and not the responsibility of others to tell them how to spend it. I’ll say it this way, there are likely those of us that understand that one or more of our relatives that saw us spending hundreds to thousands of dollars on something like this would likely give us a good whack upside the head to see if they could knock some sense back into us. The fact that it’s four years old is even worse since it means that people have actually been doing this for a while and have contributed to the celebrities’ pocket change for the past four years, long before there was a pandemic and before hard times had thinned out the wallets of so many. Think about it, a person is spending hundreds to thousands of dollars for SECONDS, possibly minutes and even possibly an hour or so. Does anyone remember what fan mail is? In this new and modern age, it’s becoming more and more frustrating to see people taking the simplest of things and complicating them in ways that are truly mind-boggling. Instead of a possible fan letter to build one’s spirits, now we get a rambling tale of a celebrity trying to tell people a relatable story while getting paid for it like some cut-rate psychiatrist. Huh boy.