Home
Movies
Breaking Down the Honest Trailer for Alien: Covenant 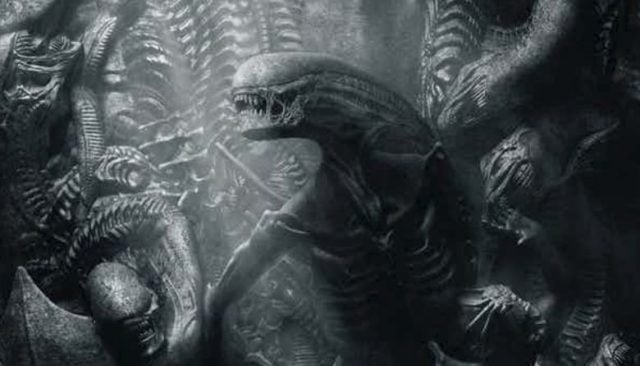 As of right now I’m torn between sarcastic amusement and a need to, reluctantly, agree with the assessment of the newest addition to the Alien franchise. I think I’ll go ahead and tack on the sarcastic amusement with the agreement and give it a shot. After all, ever since Aliens the franchise has been steadily slip-sliding down a treacherous slope that doesn’t seem to have an end in sight so long as people continue to love on the movies. And there is love there no doubt, it’s had to rely on the bipartisan effort of those who love the Predator franchise and those who love the Alien mythos, but thankfully the two species are known to interact on a regular basis, albeit in a violent and ultimately destructive manner.

But it has helped to keep the Alien franchise relevant. Unfortunately any more films like this and all that effort might be for naught. Shall we discuss the reasons why?

…..Really? You pick up what could be a stray transmission and you want to go check it out? You wouldn’t do a trace on it, perhaps try to comm the person back? You wouldn’t check it out to the fullest extent before launching a mission that could mean unknown danger that you’re so blithely stepping into? That’s a good point that hearing John Denver on a strange and garbled distress call isn’t a good enough reason to go hunting for the sender of the transmission. But of course if that was the case we wouldn’t have a movie now would we?

The uneasy bromance between the synthetics.Â

That is a long, uncomfortable flute session. Plus, it’s obvious that despite being nearly human in many ways that Walter hasn’t learned a single thing from his human counterparts, despite being a machine that can continually learn. If that were the case, then he could have possibly found the common sense to believe that David was up to no good long before the ending.

Yes, please put your face over an alien egg that you know nothing about, especially since something is moving inside.

Because it worked so well for Kane right? Granted these folks are in a different time period and don’t know what they’re getting into, but sticking your face over a moving mass that you know nothing about seems about as safe as shoving your hand into a dark hole when you can see the shadows shifting. It doesn’t take a genius to know that something is going to happen.

Was that the last of the engineers?

Seriously, because despite the intent to explain the story with their presence they didn’t really add anything to the franchise. They were just a bunch of bald-headed individuals that supposed created the Xenomorphs and had an absolute disdain for humanity. Other than that they could have faded out in Prometheus and never been missed.

The clip makes a lot sense despite the fact that fans might not want it to. The Alien franchise is floundering again, or still, or, I don’t know. The point is that if the next movies being planned are anything like this then it might be time to let the franchise slip into legend.