Home
Movies
Breaking Down the Honest “Ghost in the Shell” Trailer 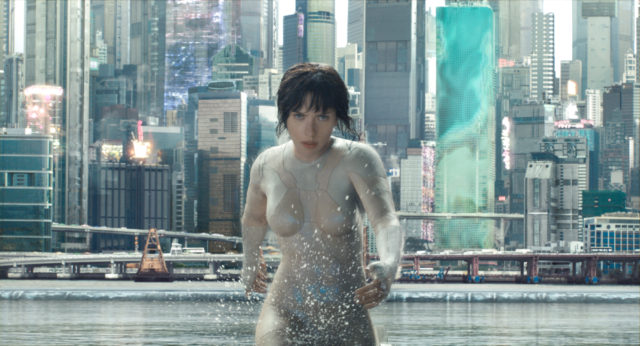 Screen Junkies is an online movie magazine that reviews motion pictures and television shows. This company provides three types of shows that includes their Screen Junkies program, Movie Fights and their Honest Trailers. The company’s Honest Trailers segments showcases movie trailers from various motion pictures and gives a realistic (and often very biased and funny) review of a film that is being previewed.

In July of 2017 the magazine did an Honest Trailer review of the Ghost in the Shell live action movie. This film was released in March of 2017 and it stars Scarlett Johansson, Michael Carmen Pitt, Pilou Asbaek, Chin Han and Juliette Binoche. This film is based off the Japanese anime show with the same name.  Here’s the “honest trailer” below:

Jon Bailey hosts Honest Trailers and his criticism of the film is hilarious. First, he starts off the video by showing the audience who made the film. He brings up previous films such as Snow White and the Huntsmen and the Transformers films from 2 to 4. Since Honest Trailers does not have a high opinion about these films; they are letting the audience know that Ghost in the Shell is going to be as bad as the films they just mentioned.

Bailey then makes the claim that Hollywood is running out of material to remake from the 80s and 90s. So, they have to make Ghost in the Shell even though they have been taking stuff from this anime show for many years. This film is supposed to have controversial casting (see the actors listed above) and a dumbed down plot.

Honest Trailers say that the creators of this film put in various anime elements from the original show. However, they do not include the critical elements that made the series such a big hit. Bailey calls the star of this film (Scarlett Johansson) a special opps soldier, with enhanced skills as a stoic outsider; that has a sexy robotic voice. To top it off, she’s a white girl feeling out of place in Asia. However, she shouldn’t feel out of place at all in Asia; since she was originally a Japanese woman before she was made to look like a white girl robot.

What does any of this mean? Well, Bailey was simply taking some of the previous roles that Johansson has played during her career and combining them for her role in Ghost in the Shell. These different character traits also sum up her perceived performance in the film.

He goes on to crack more jokes about her character. He calls her a Robocop with a weird robo walk. He also says that she needs to get a rear camera stuck in the back of her robotic head; throughout the film guys are constantly sneaking up on her and shocking her with tasers.

Screen Junkies criticizes the side characters and claim that they only get 2 to 4 lines a piece. Obviously, they are in the film just to help move it along. He even says that the Japanese legendary actor Pete Takeshi wasn’t dumb enough to speak English in this film because it was so bad.

The bad guy in the film was compared to the stuttering iconic Max Headroom who was a popular A.I. personality from the 80s. The bad guy in this film is also capable of great hacking skills. Bailey comments on Scarlett Johansson’s nearly nude body which he apparently doesn’t mind looking at. The actress does show off a lot of it at various points in the film.

Screen Junkies also jokes about the whitewashing of this film. Since Ghost in the Shell is a Japanese based product it should have starred a Japanese based actress. However, Johansson was selected for the part by the producers because she had a cyber punk feel for the role. Many people were not buying that explanation.

Ghost in the Shell did not do well at the box office. It received negative reviews and it only made $168 million from a $110 million budget. Ultimately, Screen Junkie’s review of the Ghost in the Shell is more accurate than we could imagine. This film has been released to DVD and Blu Ray in July of 2017.