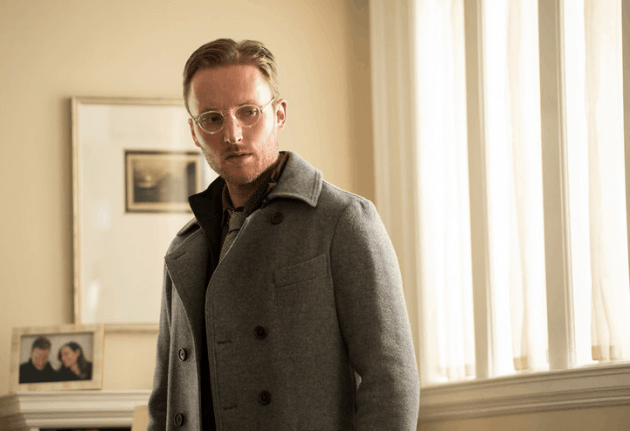 The Blacklist, now in the home stretch of Season 2 episodes, is really firing on all cylinders. More and more of the blacklisters are tying into a central plot involving Reddington, Keen, Tom, and the like. As each each episode unfolds, there is even more mystery to uncover regarding our favorite characters. I, for one, am hooked.

This week on The Blacklist: It’s Elizabeth’s birthday! Harold’s clinical trial may be making progress, but his integrity could end up being compromised. Ressler and Keen chase down a blacklister who is obsessed with immortality, only to have Reddington steal him from under their noses. Tom is captured and tortured, but he makes a deal with his captors.

The Blacklist is getting more thrilling with every turn. Every move Reddington makes is fascinating to me. I’m anxious to watch every minute of this show to see if I can figure out just exactly what is going on. Each turn the show takes is thrilling, compelling, and just plain fun to watch. If you’re looking for a show to pick up, and you like action, this is the one you want.

Even though I criticized the return of Tom Keen being too soon, The Blacklist has spent the past several weeks making me eat my words. While I stand by what I’ve written, the re-introduction of Tom in this half of the season has given a breath of fresh air into the plot of the show. Ryan Eggold has done some fantastic work on The Blacklist (highlighted by last week’s episode in which he was the blacklister), and his story has increased my interest in the show ten-fold. Tom being this rogue agent, who fell in love with Elizabeth but is hated by Reddington, makes the plots twists and turns have more and more impact. I’m VERY anxious to see next week’s episode, in which Reddington and Tom go up against each other.

Ultimately, if anything is going to throw a kink in Tom’s inevitable quest to win back Elizabeth’s affections, it’s Agent Ressler. Diego Klattenhoff is doing some really excellent work in this role. One could feasibly complain that Ressler doesn’t get enough screen time, but when he gets it, he doesn’t waste it. The scene from this episode when Ressler comes into Keen’s office, determined to celebrate her birthday, he knows her life is weighing her down, so he’s making sure she has something to celebrate. It was a really touching scene between two of my favorite television characters. Both Boone and Klattenhoff were wonderful in this episode, but Klattenhoff especially stood out.

The best part about The Blacklist is that I’m even compelled by the extraneous plots. Ressler and Keen’s relationship is a very small part of it, and yet I can’t get enough. The same is true for everything involving Harold Cooper. Harry Lennix is just a masterful actor. I’m always so thrilled to watch him because of the gravitas he brings to the role. The side plot involving Harold’s health has been just as interesting as the rest of the show. Ultimately, we’re exploring the morality of a man who is not quite ready to leave this earth. He loves his wife and his job. His coworkers are like family. He has a powerful friend who is helping him into a clinical trial, and clearly pulling puppet strings with Harold’s life. I’m compelled to see how far Harold will go to stay in the trial, or to see if the trial is even working. His powerful friend? What’s the endgame? It’s thrilling to say the least.

The Blacklist is putting on a clinic in thrilling, compelling television right now. Nothing can hold my attention quite like Thursday nights with Reddington and the gang. I’m very excited to see how all of this plays out.

What did you guys think? Did you enjoy this episode? What are your theories? Let us know in the comments!