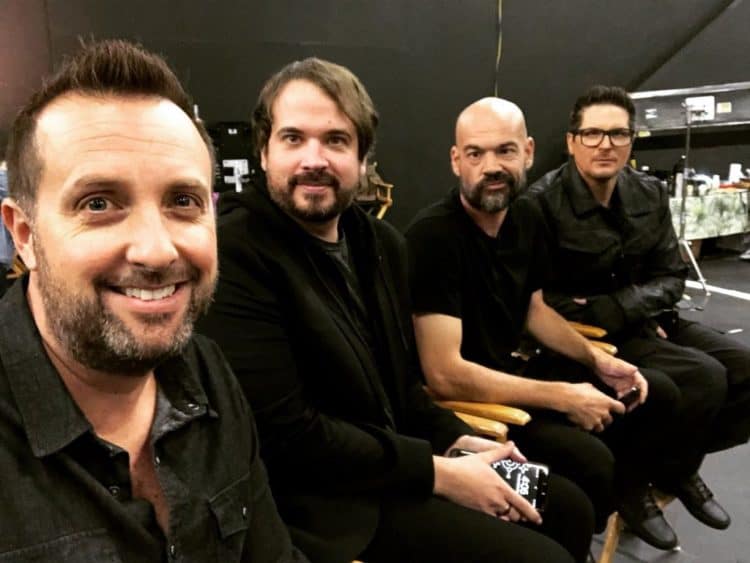 Billy Tolley is best known by fans of the paranormal television show “Ghost Adventures” that airs on the Travel Channel. He is an integral member of the team and he gained fame after joining the show. Tolley has a big following of fans who are interested in learning more about him. Not a lot has been shared about him on the show so here are 10 things you probably didn’t know about him but might be interested in learning.

1. Billy Tolley is an EVP Analyst

Billy performs a vital function as a cast member of the “Ghost Adventures” team. He analyzes the audio recordings which are taken on-site to check for any sign of otherworldly voices. These sounds manifest in frequencies that are not always audible to the human ear and the specialized equipment that is used to record them often produces sounds and conversations that take place in alternate frequencies and tones.

Billy is no novice when it comes to being an EVP Analyst and audio expert. He was born on January 18, 1974. That makes him 46 years old as of 2019 and he has a birthday coming up in just a few months. He is a professional equipment specialist and an audio/video analyst by trade. He became a regular on the show in the seventh season and he performs the same functions for “Paranormal Challenge.” He is the oldest member of the team.

3. He is a member of an elite group

There are quite a few different paranormal investigations teams throughout the United States and the world, but Billy belongs to a unique group. He is a member of the Las Vegas Paranormal Investigations of Mysterious Phenomena Squad, also known as LVPIMPS. It is a paranormal society

Billy Tolley has been appearing as himself in an expert on the special equipment and an audio analyst since 2011. He first appeared in Ghost Adventures” for the first time in 2011. At the same time, he worked with the “Paranormal Challenge” team in a series that was also aired in 2011. In between, Billy appeared on ABC News Nightline” in 2012 and on “Today” in 2015, and on “The Late Late Show with James Corden.” These are news shows that interviewed him about the work that he performs in the investigations.

5. He has performed a variety of different functions in a host of paranormal shows

Tolley has also been busy doing what he does best operating the cameras, providing aerial photography and analyzing EVP recordings. He’s been busy in 2019 working with the team in “Ghost Adventures: Serial Killer Spirits,” which is a TV mini-series, on the regular “ghost Adventures” documentary television series, and as the aerial camera operator in “Through the Glass.”

Prior to becoming a paranormal investigator and EVP analyst, Billy worked as a professional club DJ. He went by DJ Inferno and was employed in Las Vegas. He had an aptitude for computers and his background in production software and audio editing is strong. He hasn’t always been involved with a paranormal investigation team. He does have a solid background in music and audio, however. Although the two professions do not appear to be even remotely related, there is an interrelated thread through the knowledge of audio equipment and sound.

8. He started his own paranormal investigation group

Billy became intrigued with teh paranormal when he heard about electronic voice phenomena, also known as EVP. With his background in audio, he wanted to investigate it for himself. Out of curiosity, he set out to capture EVPs on his own and when he was successful, it led him to form his own paranormal group. He got together with a group of friends and they formed the Las Vegas Paranormal Investigations of Mysterious Phenomena Squad. His skills in audio and cinematography made this an ideal career choice.

9. Billy Tolley is married with a family

Billy has a brother and a sister. He is also married. His wife is Diana Tolley. together the couple has three children, one boy, and two girls. He also has a family dog that is named Sophie. She is a very special dog that has been trained to accompany him and assist with paranormal investigations. When he isn’t out conducting paranormal investigations with the “Ghost Adventures” team, he is spending time with his family. We also learned that he enjoys using his drone to take aerial photographs as he is into photography as well. Billy is a guy that has a lot of different talents. He has even started getting involved in more aspects of investigation with the “Ghost Adventures” team.

10. Billy’s wife is an amazing professional with similar interests

Billy’s wife Diana is also a professional who deals in the audio field. She is a licensed Vibrational Sound Therapy Practitioner. She understands a lot about audio and the different vibrational sounds and how they affect humans. She has even put it into practice to help people in a manner that brings about health and wellness. It appears that these two are very well matched with one another. In addition to this, Diana Tolley is also a businesswoman who runs a business in Las Vegas called the Violet Rays Energy Healing. Billy and Diana have a very interesting life and they are both busy pursuing their life’s passions and one of them just happens to be raising a family together. We’ve seen a few photos of the couple on social media and they certainly do look like they’re happy together.