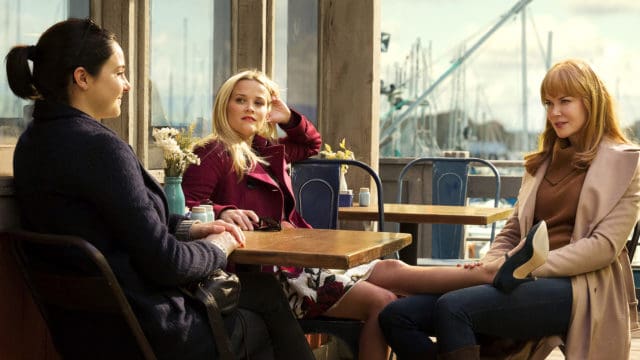 After winning an Emmy for Outstanding Limited Series last Sunday, discussions for the second season have been the center of attention for Big Little Lies. Are we ever going to see the ladies of Monterey again?

Since the finale, the number one question from fans is if the show will ever gonna have a second season. The show has covered the whole book written by Liane Moriarty so, technically, there’s no more story to tell. After the Emmy awards, Deadline has reported that a second season is now a possibility. The obstacle for the show’s journey to second season is the fact that the source material is a one-off story. If they want to go for another season, a new material has to be written.

However, according to the report, Moriarty has apparently wrote a short novella that picks up the story and shows what happens next with the main characters. She has been plotting it as the producers and HBO have approached her for the potential second season. David E. Kelley might be back to write the second season as he is currently looking for the material. The cast have expressed their desire to return on the show so a deal wouldn’t be a problem and, perhaps, the challenge that they will need to face is the actors’ schedule. It means that the show’s core cast members like Nicole Kidman, Reese Witherspoon, Shailene Woodley, and Laura Dern are expected to come back (I guess it is safe to say that we can cross out Alexander Skarsgard). The show’s director, Jean-Marc Vallee, has also expressed his interest on coming back to direct the show.

For now, the second season is still in development. It might still take a long time if they will pursue the second season. It’s still a long process before we get to see the ladies of Monterey again. There are still a lot of things to figure out in order for HBO to give them a formal greenlit. Similar discussions are also happening for another critically acclaimed HBO miniseries, The Night Of. We might have to wait for several months to see if this is really happening.

Personally, I wouldn’t mind for another season of Big Little Lies. I love the show mostly because of the fun mystery, the atmosphere, and the well-written characters. I just hope that the potential second season would work without making it look like it was made due to popular demand. It should still be fresh and exciting just like the first season. Despite the close-ended story of the show, there were still storylines that wasn’t entirely resolved that they could discuss on the potential second season. Let’s keep our fingers crossed for this.

During the 69th Primetime Emmy Awards, Big Little Lies won eight awards including Outstanding Limited Series and Outstanding Lead Actress in a Limited Series or TV Movie for Nicole Kidman. As of now, there is no planned air date for the potential second season. We’ll keep you updated for any news regarding this.