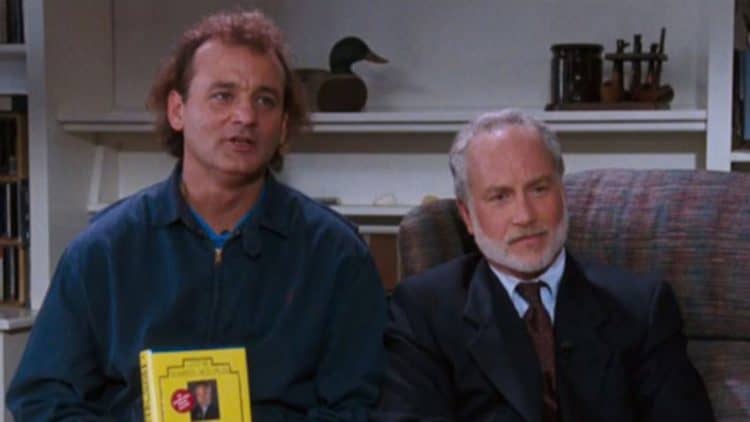 For the last 100 years, Robert has been one of the most common names for boys. As a result, its nickname, Bob, has also become quite popular. Needless to say, it’s not too surprising that the name Bob has become a fixture in the entertainment industry. Not only have there been lots of characters named Bob, but Hollywood has even taken things a step further. Over the years, there have been dozens of movies with the name Bob in the title. From comedy to drama, these movies have come in a wide variety. Some of these films have even become classics in their own right. Continue reading to check out our list of the 10 best movies with “Bob” in the title.

In this comedy starring Kevin Smith in the starring role, the title characters are back at it again in the fifth installment of the franchise. As is typically the case with most of the other films in the franchise, they mostly spend their time wandering aimlessly around doing a lot of nothing, but they manage to do it in a way that’s actually funny. It’s also worth noting that Smith also wrote and directed the film. If nothing else, you can take away the knowledge that he managed to write the script and direct the film while simultaneously starring in it, something that isn’t exactly easy to do.

This is shot in the same way that a documentary would be, but it was designed to be satirical in nature. For those who are unaware, Bob Roberts was a politician who very heavily leaned toward the right and was once a candidate for the United States Senate. Like most politicians, people either loved or hated him for a variety of different reasons. The film makes fun of this fact, as well as the entire political structure in the United States. Bob Roberts stars Tim Robbins and mocks the way the political system is run, as well as the entire idea of politics in general. It might seem silly at times, but if you are fed up with the political system in the United States, you’ll probably find it absolutely hilarious and more than a little bit true.

What do you expect from a film with a title like this? Starring Rachael Leigh Cook and Stephen Root, the film was directed by Craig Carlisle. It’s supposed to be a comedy, but it would be more accurate to say that it has its funny moments interspersed between moments of more than its fair share of boredom. It makes this list because the funny moments that do exist are genuinely funny. It tells the story of a man who is employed by his mother, only to be promptly fired by her. He drinks too much, he’s not very ambitious and his life is generally a mess. He eventually agrees to see a therapist and then he gets a new job. Before he knows it, his life starts to take twists and turns, and that he never even dreamed could happen and it’s almost more than he can take.

Starring Bill Crosby and Natalie Wood, this late 1960s film directed by Paul Mazursky is both a comedy and a drama. In short, it deals with the possibilities and perils of four people getting together and potentially getting themselves into a lot of trouble. It’s worth noting that the screenplay was also co-written by Mazursky, along with Larry Tucker. The film deals with many of the emotions that were running rampant at the time, including taking retreats to better deal with one’s own emotions. After one of the couples in the film takes such a retreat, they expect things to improve in their relationship. However, the only thing that changes is that they start to have affairs with other people and things get more complicated than they’ve ever been in the past.

If you were ever a fan of the television show Full House or you enjoyed watching the early days of America’s Funniest Home Videos, you already know who Bob Saget is. What you might not know is that Comedy Central eventually held a roast for him. There are two versions, one that was on cable television and this uncensored, extended edition that was released on DVD. It may not be a film in the traditional sense, but it’s probably one of the funniest things you’ll ever watch and it will undoubtedly have you in stitches.

If you love watching movies in black and white, here you go. This is a British drama starring Margaret Lockwood and John Loder and directed by Robert Stevenson. It was actually a remake of another film that was done in 1924. The film was also released in the United States under a different title, To the Victor.

In this documentary featuring none other than Bob Flanagan and Kirby Dick (who also directed the piece), the life of Los Angeles writer Flanagan is followed. It’s a rather interesting story, as Flanagan was both a writer for many Los Angeles outlets as well as a poet. He also tried his talents at Performing Arts, mainly as a comedian. Perhaps his biggest claim to fame, if you will, was as someone who made a name for himself in the BDSM community. Later, he died from cystic fibrosis. This is an odd real-life tale of someone who lived an interesting, albeit sometimes strange, life. The film premiered at the Sundance Film Festival in 1997, receiving a number of accolades in the process.

If you’re in the mood for a mindless comedy that will make you laugh without forcing you to use any brain cells, this one might work for you. It stars Brooke Shields and Tom Green and was directed by Gary Sinyor. The plot centers around the lead character, played by Green, who can’t seem to hold down a job to save his life. At some point, he decides that it’s a good idea to start working his way through every job he can think of in alphabetical order. Getting fired from one job after another, he eventually ends up working as a butler.

This is a film that touches on a lot of the types of topics that people would typically rather avoid. It’s a British film starring Lesley Sharp and Michelle Holmes, directed by Alan Clarke. The plot centers around two teenage girls who get intimately involved with a married man. The movie goes on to explore the types of things that happen when such an event occurs and the lengths that people will often go to cover these types of things up.

This is a film that stars comedy gold, with Bill Murray and Richard Dreyfuss. It centers around Bob, played by Murray, who ends up dying on a trip, and the rest of the individuals, including Dreyfuss’ character, who try to either cover it up or bust the conspiracy wide open. It’s definitely worth seeing if you haven’t already done so. If you have seen it in the past, it’s worth watching again.