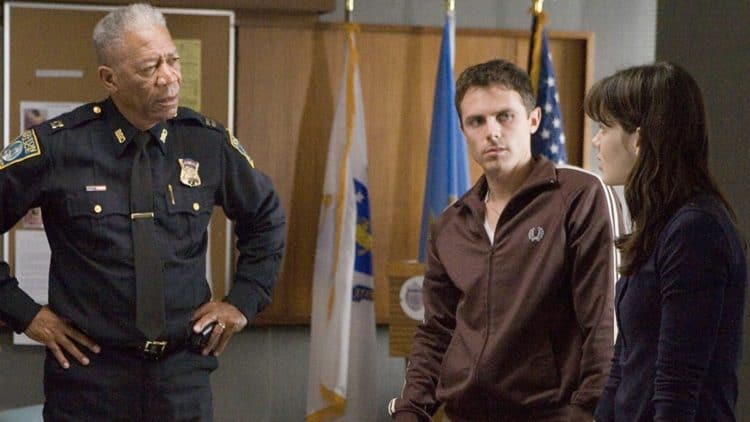 The thought of getting kidnapped is enough to terrify most people. However, there’s something about movies that depict kidnappings that people just can’t seem to get enough of. Over the years, kidnapping has become a popular subject in Hollywood and it has resulted in dozens of box office hits. While many of these movies are completely fictional, others are based on terrifying true stories. Sadly, some of these movies don’t have the happy endings that viewers hope for. If you’re a fan of mystery, suspense, and action, movies about kidnapping will probably be right up your alley. Keep reading to see our list of the 10 best movies about kidnapping.

Released in 1996, Ransom stars Mel Gibson as a billionaire named Tom Mullen whose son is kidnapped. The kidnappers, who end up having a close connection to the family, demand ransom money from Tom. A plan was put in place, but as you can probably guess, things don’t go the way they’re supposed to. Not only was Ransom a huge hit at the box office, but it also earned several award nominations.

The 2013 movie Prisoners is the kind of film that will suck you in almost instantly. The movie centers around the kidnapping of two young girls from Pennsylvania. Throughout the film, a detective (Jake Gyllenhaal) attempts to find the person responsible for the abduction. The movie performed well at the box office and it received an Academy Award nomination for Best Cinematography.

Based on the true story of Nicholas Markowitz’s murder, Alpha Dog is a tragic movie that some may describe as difficult to watch. The film focuses on Nicholas’ kidnapping, which was a result of an alleged debt his brother owed to a local drug dealer. Although the movie was commercially successful, Markowitz’s relatives did not appreciate the fact that his story has been turned into a Hollywood story.

Comedy is probably the last thing that comes to mind when people think of kidnapping. However, Fargo is a dark comedy that tells the story of a car salesman named Jerry Lundegaard (William H. Macy) who hires two men to kidnap his wife as a way to get ransom money from his wealthy father-in-law. The movie received several awards including an Oscar for Best Original Screenplay⁣. In the years since its release, Fargo has gone on to be considered one of Hollywood’s best movies. In 2014, a TV series of the same name aired debuted on FX. The series was inspired by the film.

Captain Phillips is based on the book A Captain’s Duty: Somali Pirates, Navy SEALs, and Dangerous Days at Sea which shares Captain Richard Phillips’s real-life experience of being kidnapped by Somali pirates while out at sea. The movie isn’t technically a horror film, but it will likely give you a lot of those same feelings.

Based on the Stephen King novel of the same name, Misery is easily one of the most memorable movies of the 1990s. Starring James Caan as a successful author named Paul Cann who accidentally drives off the road during a snowstorm. He ends up being rescued by a seemingly kind nurse named Annie (Kathy Bates). However, Kathy doesn’t turn out to be as nice as she seems, and Paul eventually finds himself in a deadly situation that he can’t get out of. Misery is one of those movies that you’ll never forget after watching it just once. Even though it’s been more than 30 years since its release, it continues to be a timeless classic.

Despite the fact that being kidnapped is a terrifying experience, there are many victims who experience Stockholm Syndrome. This essentially means that a person begins to develop positive feelings towards their captor. The 1993 movie A Perfect World dives into this topic in an interesting way. The film is about two criminals who kidnap a young boy. Along the way, however, the boy develops a close bond with one of the kidnappers. Many considered the film to be one of the best of the year and it has aged very well.

Gone Baby Gone marks Ben Affleck’s directorial debut and it proved to be the perfect introduction. The movie stars Ben’s brother, Casey, as a private investigator named Patrick Kenzie. He and his girlfriend, who is also a private investigator, are hired to help locate a young girl who has been abducted. However, once they begin working on the case they find themselves in a whirlwind of mystery and deceit.

Denzel Washington is easily one of the most successful actors of his generation. Needless to say, when you see his name attached to a film you can almost guarantee that it’s going to be good. The 2004 movie Man on Fire is certainly no exception. In the film, Washington plays a former CIA agent named John Creasy who gets hired as a bodyguard in Mexico. However, not long after dating the job, the girl he’s hired to protect ends up getting kidnapped. Creasy immediately taps into his CIA training to help locate the missing girl.

When most people think of kidnapping movies, Taken is probably the first one that comes to mind. Starring Liam Neeson, Taken had the world in a chokehold when it was released in 2008. Not only is the movie about kidnapping, but it’s about the lengths a father is willing to go for the sake of his child. Thanks to the success of the first movie, Taken spawned two sequels.