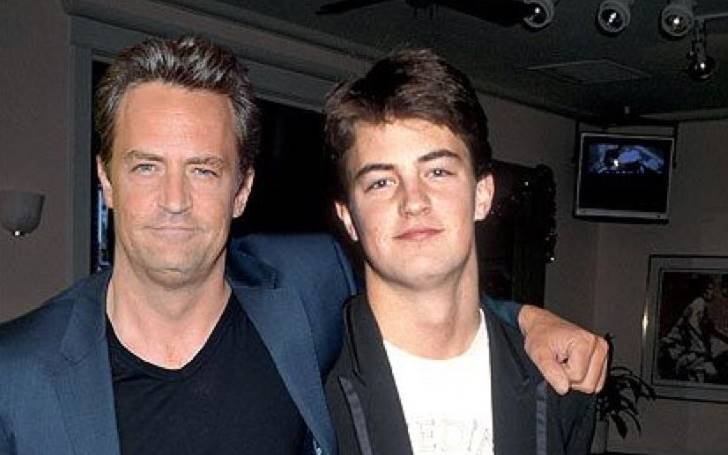 Matthew Perry has been known for a few things in his career, two of them being a Friends star and the fact that he was high as a kite while he filming parts of the show. Thankfully it would seem his addictions have been under control for a while, though the press and many others haven’t allowed him to forget the past. Instead of going down that road however it would be best to remember that apart from Friends he’s also been a funny and engaging actor on the big screen as well, where he’s put his customary and very expected sarcasm to use in many different ways that have been absolutely great. While some of his movies didn’t really get the kind of appreciation you might expect he did still manage to turn in a performance in many of them that was nothing less than perfect since his characters tend to be put into situations that we might not relate to but would surely sympathize with.

One little lie has a tendency to snowball, even if that lie is born out of desperation to get a contract and simply because your business partner is a good friend and happens to be gay. Oscar gets in so far over his head with this act that he has to tell people over and over that he’s simply playing gay and that he hasn’t gone over to the other side. What’s making the situation worse however is that the man he’s trying to impress has him watching his mistress so that she doesn’t interact with his wife, meaning that she and Oscar get nice and close over time until finally he just can’t help but admit the truth.

This was the last movie that anyone ever saw Chris Farley in as he passed away before it was released. But in a bid to become the best known explorers ever, both Hunt and Edwards decide to make their way to the Pacific Ocean in order to stake their claim to fame. The only problem is that Edwards knows next to nothing about the wild, while Hunt only knows marginally more, meaning that together they know less than the average Cub Scout. Thankfully in a movie that’s more about physical comedy and snarky remarks this duo works out in a big way since they manage to make it to the Pacific and decide to keep going with their adventures.

Rushing into love isn’t always the best idea since complications tend to arise in a big way, especially when the in-laws are involved. And then having a baby on the way only makes things a LOT more complicated as Alex finds out. But throughout the movie he does manage to at least find a way to get along with her family and bring his family on board with the idea that they’re in love and want to start a family. It’s not exactly the traditional way to start a family and it doesn’t seem as though it’s going to work out all that well but as you can imagine in a movie it’s bound to work out somehow, no matter what needs to happen.

A lot of us do look in the mirror from time to time and wonder what life might have been like if we did something different, or if we managed to hold onto one thing from our past that might have made a difference in our future. Mike is in a definite slump when he suddenly and inexplicably becomes young again, and is given a chance to experience what being a kid is like all over again. How many of us would take this chance and run with it, and how many would be creeped out beyond belief? Honestly it seems like the greater number of people would find a way to make it work and just go with it.

So how many people would freak out if they realized that a notorious hitman had moved into the neighborhood? Probably a lot of folks would be looking over their shoulders or might at least be peeking through the blinds now and again to see if they could witness anything that seemed a bit suspicious. The funny thing is that while Nick is a nervous wreck when it comes to wondering just whether or not his name might show up in the obituaries eventually, his wife is actually on board with their new neighbor and is fully enjoying is presence in the neighborhood. That being said it makes for a funny movie that even produced a sequel that was less funny but still kind of fun.

Matthew Perry has aged quite a bit in the last several years but he’s still pretty funny.