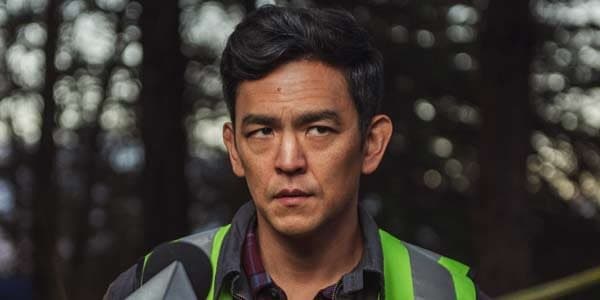 For some reason John Cho gets noticed now and then and kind of fades into the background, kind of like a favored character you see a time or two and then have to wait for a while to see again. Some folks might see this as kind of an oddity among actors, or not, but at the same time it tends to serve him well since having him show up in various movies where he’s a main character is great and all, but having him pop in as a friendly and familiar face is just as good if not better since it doesn’t put so much pressure on him and at the same time allows people to witness the fact that he is a very talented man and despite not appearing to have that much of a range he does make every part count for something since he contributes in a way that makes the project feel a little more rounded complete.

He played a minor but important role in this movie since he was one of the grounding points that helped Sandy stay on course since he and several others from their firm were starting their own business and wanted Sandy in on the move. The only problem was that his credit had been ruined by an identity thief and as a result Sandy had to go on the hunt to find her. The only issue is that he wasn’t the only one trying to hunt her down and before he knew it he was running from a bounty hunter and two hired hands that were all trying to catch up with the impostor that had taken his identity.

It’s amazing what the love or neglect of a parent can do to a young teen that has already been traumatized by the death of their other parent. When David and Margot drift apart it becomes obvious that he’s not handling the death of his wife, Margot’s mother, all that gracefully, and his neglect of his daughter is something he’s not even fully aware of as she continues to drift away. When she goes missing and he begins to follow the clues however David soon finds that he knew next to nothing about his daughter and that slipping away from her was the least of his worries, at least when it comes to saving her life before it’s too late.

Is it wrong to think that Neil Patrick Harris was the real star of this movie? Throughout the entire head-trip that was supposed to be a simple trip to White Castle for some burgers Harold and Kumar are taken on a serious ride that keeps them guessing from one second to the next just where they’re going to end up and if they’ll be in one piece when they do. The fact that this movie was followed by a couple more is proof that people will watch just about anything, but it’s also proof that Harold and Kumar became a cult classic that people were willing to buy into since it is pretty funny.

For this movie to work all the right pieces had to fit in all the right spots since without the cast members being played by the right kinds of people it might have set the serious Trekkies into a frenzy that could have helped to tank the movie. That, or it would have irked them so badly that they would have flooded the internet with a lot of caterwauling in Klingon that a lot of people wouldn’t understand but would surely ridicule them about. All in all though this wasn’t a bad movie since it did put a different spin on the whole Star Trek saga that people already knew by adding in time travel before Kirk ever became captain. Obviously what happened didn’t screw up the time stream too badly.

John has been serious, comical, and dramatic and come through just fine with most of his roles, and it’s fair to say that he’s grown as an actor after each one.