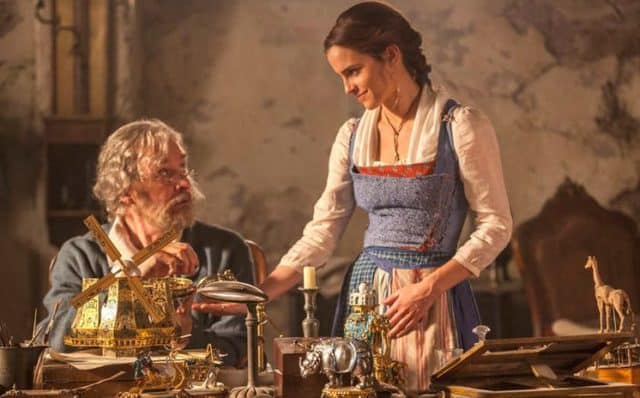 The movie doesn’t come out for another 10 days but Beauty and the Beast is already doing something unprecedented in its presales.  According to Fandango,  the online ticket seller has reported that presales have exceeded films like Captain America: Civil War and previous record holder, Finding Dory.

“Beauty is a beast in presales, and I think it’s going to surprise a lot of people,” Fandango managing editor Erik Davis told Entertainment Weekly. “It’s looking bigger than most Disney live-action adaptations, like The Jungle Book, Cinderella, or Maleficent. Its presales rival those of a superhero movie.” Deadline reported last month that the film could open to $120 million when it releases on March 17, 2017.

Given the information we’re reading and the fact that Emma Watson just posed topless in a magazine, those weekend numbers could very well exceed $120 million.  The film has been drumming up a ton of noise as of late given that it will include Disney’s first openly gay character as well as Disney’s first interracial kiss.   There have been reports of some theaters actually refusing to screen the film because of this (which is completely pathetic by the way).

Once the initial reviews start coming out we’ll share them with you but in the meantime, here’s an additional scene from the film called “Join me for Dinner” that you might enjoy.  This scene has already been shared but the version below is an extended cut.