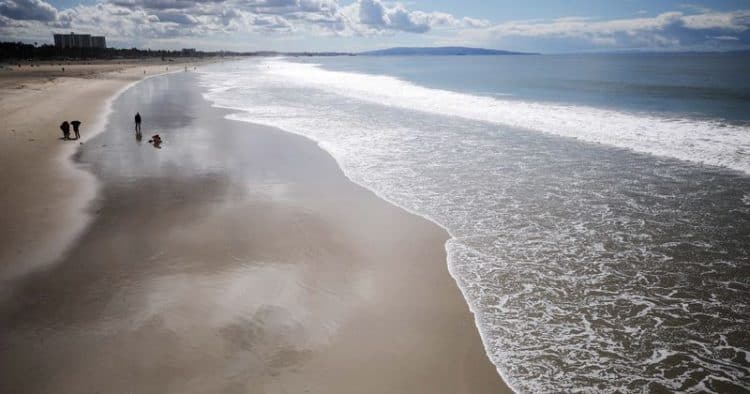 For most people, living in a house on the beach is a dream come true. For people on Beach Around the World, it’s about to becoming a reality. In this new HGTV series, people will search for their dream home near beaches all over the world. As you can imagine, the show will feature lots of beautiful scenery, and it’ll be a cool way to see the home buying process in countries all over the world. Since COVID-19 means that many people can’t get out and enjoy beaches and other places as much as they’d like, Beach Around the World is the perfect opportunity to live vicariously through some lucky home buyers. Keep reading for 10 things you didn’t know about Beach Around the World.

1. The Show Will Literally Take Place All Over The World

The name Beach Around the World isn’t just a gimmick, it’s the real deal. The show will take you to beaches in countries all over the world including Belize, Costa Rica, Portugal, and Spain. By getting the chance to see so many different places, you’ll get a nice glimpse at how beach properties can differ depending on where you are.

2. Some Of The People On The Show Have Experienced Tragedy

The show will feature a wide variety of home buyers looking to turn their dream into reality. However, not everyone’s reason for wanting a beach getaway will be the same. For some people, a recent tragedy has sparked their decision to live in the moment and finally go after what they want.

3. The Season Will Have 14 Episodes

Unfortunately, COVID-19 means that many shows are on hold until further notice. There have been quite a few self recorded series being released, but they usually only have a handful of episodes. Viewers will be pleased to know that Beach Around the World will feature 14 episodes this season.

4. Viewers Will See More Than Just The Home Buying Process

The premise of the show is that home buyers will work with a real estate agent to find the beachfront property that meets their needs. However, there will be more to the each episode than watching people purchase a home. Viewers will also get the chance to see some beautiful scenery and learn about the different areas featured on the show.

Having an experienced real estate agent you can trust is one of the most important elements of buying a house. You want to be sure that the person you’re working with knows what they’re doing. Fortunately for the people on Beach Around the World, will be in good hands. Belize-based real estate agent, Macarena Rose, will be featured on two episodes of the show, and she was more than happy to share her expertise with the the homebuyers.

Since Beach Around the World is still so early into its first season, there’s no official word on whether or not the show will be brought back for a second season. However, once the show develops a strong fan base, there’s no doubt the viewers will rally behind the push for season two.

7. There Will Be Online Exclusives

The show will air on Sundays at 10pm EST. But if you really start to get invested and feel like you can’t wait a whole week in between episodes, you can head over to the HGTV website to check out some online exclusives. There aren’t any posted at the moment, but they’ll likely be added as the season progresses.

8. Watching Will Make You Feel Inspired

It’s fairly common for people to put their dreams on the back burner for one reason or another. Sometimes we’re too scared to go after what we truly want, and other times life just simply gets in the way. However, Beach Around the World is all about people who are getting one step closer to making their dreams come true. Even if your dream isn’t to own a house near the beach, you may find yourself feeling inspired by watching Beach Around the World.

9. Beach Around The World Isn’t The Only New Summer Series On HGTV

COVID-19 has definitely slowed things down in the entertainment world. However, HGTV has still been on a roll in terms of releasing new series. During the summer alone, the network has plenty of new shows that are hitting the air waves. No matter what kind of home shows you’re into, HGTV has a little something for you this summer.

10. The Show Doesn’t Have Any Official Social Media Accounts

A lot of times, TV shows will get their own official social media accounts. But that hasn’t happened for Beach Around the World – at least not yet. If the show really ends up taking off, this may be something HGTV considers in the future. However, there is already an Instagram account with the username BeachAroundTheWorld that doesn’t seem to be affiliated with the show.