Home
Movies
Batfleck Might Actually Stick Around Longer Than We Thought 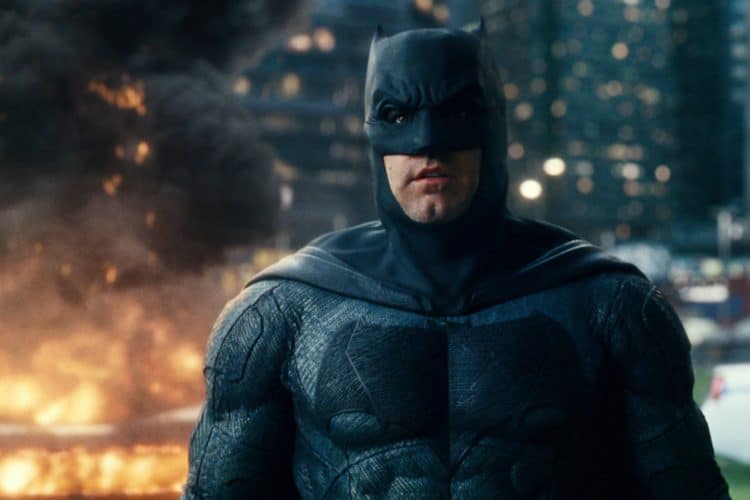 Ben Affleck’s Batman, otherwise known as Batfleck, has got to be the biggest and baddest live-action Batman of them all. I still remember when Ben Affleck was announced to play the new Batman back in 2013. As we all remember, many fans weren’t too excited about the idea, but when he made his debut in Batman vs. Superman: Dawn of Justice, the man silenced all the doubters. His single action scene in the warehouse against all those heavily armed mercenaries is easily the most epic action scene in any Batman movie ever. If you’re a fan of the Arkham games, then you’ll know. And let’s not forget how he put a major beatdown on Superman himself. Sure, you can make fun of that Martha scene all you want, but Batfleck surely won that fight. The subsequent warehouse scene only added to the awesomeness that is Ben Affleck’s Batman.

Unfortunately, after Ben Affleck came onto the scene as the new Batman, it looked like his run as the Dark Knight would end shortly after it began. Batman vs. Superman didn’t receive the best reception and his next appearance in Justice League didn’t help his chances. As we all sadly remember, Ben Affleck was at one point supposed to write, direct, and star in his own solo Batman movie that was slated for a 2018 release date. After watching Batfleck in glorious action back in 2016, I was so pumped for his solo movie. But it didn’t take long for Ben Affleck to step down as director for his solo movie and after the box office failure of Justice League, our worst fears came to pass.

Ben Affleck would no longer be attached to The Batman. Yes, that was still going to be the title. But you know what? We did get Matt Reeves’ movie with Robert Pattinson as the new Batman and that movie was killer. His Batman is almost as brutal as Batfleck and at one point, I was one of the many fans who believed that he was playing a young Batfleck. That never came to pass, but it would have been a cool idea. That’s okay, because we all know at this point the multiverse is going to be a thing for the DC Cinematic Universe. Who’s to say we can’t have multiple Batmen in our DC movies?

Speaking of that, we all know Michael Keaton is going to reprise his role as one of the first live-action Batmen in the upcoming Flash movie. Oh, but that’s right, that movie has once again been delayed. You know, for the third or fourth time now. It’s been a long and frustrating process waiting for this Flash movie, but hey, what’s one more year going to do? I am still excited for this Flash movie, but above all else, I’m just so very curious. If it’s going to bring back Michael Keaton’s Batman, then what other non-DCEU characters from past DC will we be seeing? Better yet, what does that mean for the future of Batfleck?

Well, based on what we have seen from the Flash teaser trailer, it looks like Batfleck may not have a happy ending. In a brief moment in the trailer, you can see Batfleck’s bloody cowl on the floor. That is surely a curious sight and it doesn’t exactly give us Batfleck fans much hope. As of now, we all know the Flash movie will draw heavy inspiration from the Flashpoint storyline. For all you DC nuts out there, you know how the story ends. Just a little recap, it ends with the Flash giving Bruce Wayne a letter from his father, the Flashpoint version of Batman. That was an emotional moment that ended the chapter of one version of Batman and began the chapter of another. Of course, we all remember that the New 52 is what came after.

I have a feeling something similar will happen for Batfleck in the DCEU. Ben Affleck did confirm that he became very demoralized playing Batman while filming Joss Whedon‘s reshoots of Justice League. We fortunately got to see him return as the Dark Knight once more in the Zack Snyder cut of Justice League, but it looks like that may be the end of the Snyderverse. Then again, with the multiverse on the way, who knows what could happen?

I think most fans are expecting to Batfleck to meet his demise in the Flash movie. With the brief glimpse of the bloody cowl in the trailer, along with the fact that Ben Affleck sounds like he wants to move on from the role, the chances of Batfleck dying in the Flash are pretty high. I think we should expect this to happen in the Flash movie next year, but there are some rumors that suggest otherwise. First of all, Ezra Miller did imply that Ben Affleck’s time as Batman won’t be done after the Flash movie. Is there some validity to his claim or is he just trolling us? I wouldn’t be surprised if it was the latter, but he’s not the only one saying this.

Popular YouTuber Grace Randolph made a bold claim recently on her channel, which seemingly confirms that Batfleck won’t die in the Flash. Now if you’ve listened to Grace Randolph in the past, you’ll know that she has a tendency to make curious claims. She wouldn’t be specific with her source, but I’m willing to bite. As a big fan of Ben Affleck’s Batman, I would love to see him continue his run as the Dark Knight. Yeah, we already have Robert Pattinson as the new Batman, but who cares? We can have multiple movie Batmen and for the case of Batfleck, I’d like to see an HBO Max series just for him.

Why not try to resurrect a version of the story he had in mind for his Batman movie? After seeing Joe Manganiello’s Deathstroke make his DCEU debut and imply that he has a grudge against Batfleck, fans were so pumped to see that showdown. I don’t care how much I have to hang on to hope, I want to see that fight happen. The only way we could ever see that is in a Batfleck series on HBO Max. Hey, I could be wrong, but the idea of this series just sounds too cool to pass up.

On top of that, Ben Affleck did reveal that he did enjoy filming his Batman scenes for the Flash movie. I could be reading too much into that, but it could mean that he might change his mind on reprising the role at some point. Hey, everyone changes their minds about something at some point in their lives. Why can’t Ben Affleck change his mind about coming back as Batfleck?

What are your thoughts, DC fans? Do you think there’s a chance Ben Affleck will return as Batman after the Flash? With the introduction of the multiverse, anything can happen. I’m still hoping for that HBO Max series, so at this point, only time will tell.