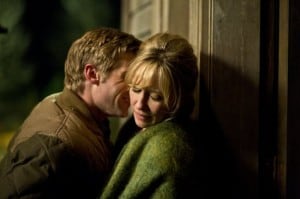 Sometimes really good TV Shows can become really great TV shows with a single episode, tonight Bates Motel crossed that rarely approached threshold with the episode “The Truth”.  From episode one, Bates has really managed to set itself apart from the trappings of its historic Psycho legacy and created a world that honors its source material while laying down its own dark and twisted story roots.

From the get go, there has been no doubt about what Norman will become.  Bates Motel doesn’t strike me as an alternate universe where Norman’s character can somehow be spared from becoming the psycho we all know and love.  Instead it has seemed that Bates Motel was slowly trying to lay out some causality for Norman.  The most relevant and consistent piece of that psychopathic bedrock seemed to be Norman’s mother, Norma.  However, “The Truth” voided everything we might have suspected about Norma.  More on that later.

“The Truth” is much lighter episode of Bates Motel in terms of space.  There is service paid to various plot threads, such as the Ethan situation from last week, but for the most part the episode is focused on the trinity of Norma, Dylan, and Norman.

The relationship between Dylan and Norman continues to quietly improve.  It is Dylan’s intention to have Norman move in with him and live out a normal life.  Dylan has even rented a house, a 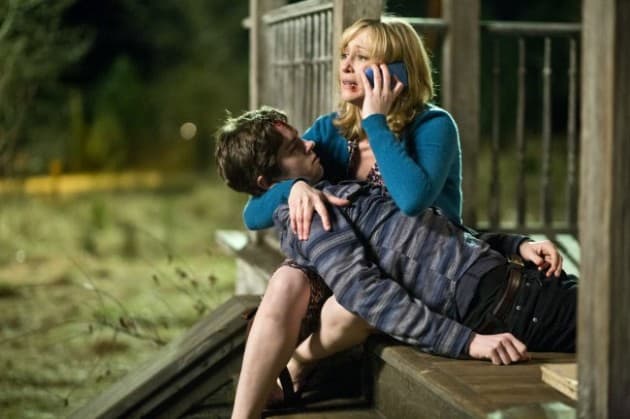 two bedroom house with ocean views.  As he describes it to Norman the younger brother is a bit difficult to read.  It is obvious that Dylan believes he is sincerely acting in Norman’s best interest, but Norman seems conflicted and even though there is no dialogue to this effect we know that Dylan knows why.

Dylan is no ‘morally upright’ individual, at this point he has committed the same crimes as his Mother and beyond.  Killing Ethan’s attacker was cold blooded revenge, where Keith’s murder was justifiable to a degree.  Yet Dylan thinks he can somehow rescue young Norman from what he sees as his Mother’s complete lack of moral depth.  The situation just proves that Norman has no fall back, and at this point in the story even with knowing the moral inequity of both sides, Dylan does seem like a slightly saner station for the burgeoning psychopath.

So in order for Dylan to get Norman to go along, he knows he must first make sure that Norma is safe. Now that Norman has brought home Zack’s sex slave and Emma is pressing for the to contact the Police, the only way to defuse the situation is to get Keith’s toolbelt back from Zack.  Emma has agreed to wait a day before going to the police, giving them a slim opportunity to find the toolbelt.

The toolbelt is found, but not before Zack discovers that his former slave is staying at the Bates motel.  A chase ensues and Zack is unable to catch her, so instead he takes Norman, Norma, and Dylan prisoner at the house.  There is a tense moment where Zack is holding the gun on Norman and blaming him for everything that has gone down, but Norman catches an opening and attacks Zack knocking the gun out of his hand.  After a firefight Zack winds up dead.  This is where it gets really interesting.

The assumption has been from the beginning that Norma is somewhat of a black widow.  That she killed Norman’s father and was living fat off the insurance money.  However, this turns out not to be the case.  Norma admits to Dylan that it was in fact Norman that had killed his father, during a black out.  She further explains that Norman has no memory of the event.

Naturally this will change Dylan’s plan.  He had assumed, as we had, that Norma was a murderer whose protective nature was too extreme to be described as motherly.  Now we know that Norma’s protectiveness goes to such extreme measures because of what she fears about him, rather than what she loves.  It is a revelation that causes us to rewind through the series and completely re-contextualize everything we’ve seen about Norman and his mother’s relationship.  But even more so, it also demands us to re-evaluate the world the series takes place in.  As it turns out,  Bates Motel isn’t laying the asphalt for Norman’s road trip to psychokillerville. He’s already there.