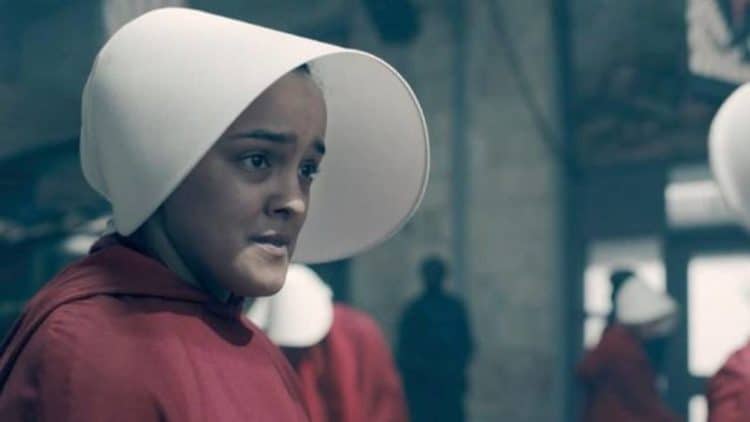 Bahia Watson is one of those actresses who has a role in just about everything. She’s so memorable because her ability to portray any character is so phenomenal, and so many people wonder about her because of this. How is she able to take a role and make it her own, and then do it again and again while making us believe she is that person? What is she like outside of work? Everyone is curious about the talented actress, so we thought it was time to get to know her and figure out what she’s been up to in her own life.

She puts so much of herself into every character, and she seems so wise. However, despite the fact that she always comes across as someone who has so many years of life experience to put into her characters, she is still in her 20s. She was born on May 15, 1992. She’s only 28 as of 2020.

Born and raised in Canada, she’s from a place called Carman. You might not recognize the name if you are not from the area, but we can tell you it’s located in Manitoba. Her own father is Canadian, but it’s her mother who is not. Her mother is from Guyana, which is located in South America.

Bahia Watson understands the importance of privacy in her life. She does not share too much. She doesn’t give much away. We know very little about her social life, her romance, her friendships, or anything she does that is not related to work. She is someone who keeps to herself, and that’s a very admirable quality in the world of Hollywood and social media.

What’s so easy to love about Watson is that she always looks fabulous, but she’s clearly not afraid to take a risk or to be herself. She comes across as someone with a sense of style that’s cool and casual, but she knows when to take it up a notch. We have a feeling there’s very little she can’t rock if she wanted to.

We don’t know if people simply don’t talk about books anymore, but it’s so hard for us to find someone who loves to read anymore. Books are life, and Watson is a reader – and what’s not to love about that? She recently recommended some great books that she read back in October 2020, and it seems that “The Vanishing Half,” by Brit Bennett was one of her favorites if you’re looking for a new book to read.

She calls her mom “the cutest and most vibrant source of love and light in the world,” and we have to say that while we don’t personally know her mom, we get the feeling she’s not wrong. Moms are nothing if not adorable and amazing and really just the best, so we are with her on this one. To all the moms doing their thing and raising awesome kids; you’re the real MVPs.

8. She Dealt With a Strange Condition

Some people experience some very strange health conditions from time to time, and she was one of them in early 2020. She woke up one morning in March without the ability to lift her right hand. She did all she could, and she eventually went to the doctor. She essentially slept on it and compressed a nerve, and now she’s suffering from something called “Radial Nerve Palsy,” which is nothing we’ve ever heard of, but we do hope she’s able to feel her hand again.

We told you she’s a little of everything in the world, and we did mean that. She’s a songwriter, and she sometimes writes and records music when she’s feeling that thing are overwhelming or panicked, and she says it really helps. Try it out.

We love to scroll through her social media feed to see her old photos. She has them of her parents, herself, her family; she loves to post old photos in black and white, dates, and information provided. It’s so cool to take a look back at a different world from a different time in a sea of selfies and bathroom mirror pics.