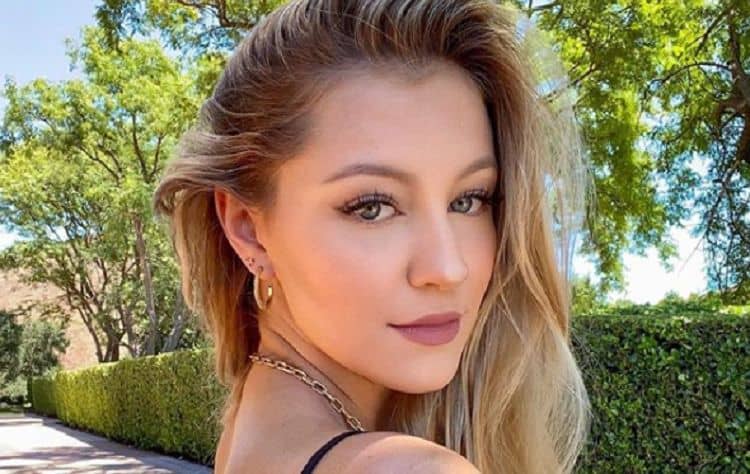 When you have a name like Ava Sambora, it’s pretty obvious you have some famous parents. Ava Sambora shares the same last name as her father, Richie Sambora (the other man in Bon Jovi). However, her father isn’t the only famous person with whom she shares her incredible genes. Her mother is famed actress Heather Locklear, and Ava is certainly working hard to pave a way for herself in the same industry as her family. Let’s learn a little more about the daughter of two of the most famous faces in Hollywood.

Very young is what she is. She was born in 1997. October 4, 1997 is her date of birth, and that means she just celebrated her 23rd birthday in 2020. Perhaps she got to celebrate in a fun manner since most of the country has opened back up and is open, ready for business, and people are flocking to have a good time. Or, perhaps since she’s still in LA, she’s unable to celebrate due to the continuous pandemic restrictions. Either way, we wish her a happy birthday.

She’s highly educated if we are being honest. She attended Viewpoint School, from which she graduated in 2015. However, she then went on to study at Loyola Marymount University, which is a highly regarded college. She’s a smart young woman, so we are not surprised she’s continued her education.

It’s always nice when you get along so well with your parents, and she certainly does. She’s her mother’s favorite person, and we really love that. They are so sweet together, and they clearly get along well. Her mother called her “my favorite person ever,” in a post wishing her daughter a happy 23rd birthday.

4. She Graduated with An Excellent GPA

When she’s not busy with school and all that studying, she likes to spend some time acting. She’s had a few small roles as a voice actress and a child actress in a Judd Apatow film back in 2012. Does she want to continue in this line of work? We aren’t entirely certain, but we know she can if she wants to.

We did point out that she looks just like her mother. And, her mother is Heather Locklear. So, it only makes sense that she would be a model. However, she modeled for her dad’s line of clothing called “White Trash Beautiful,” which is certainly an interesting name for the label. She walked the runway for her father when she was only 13.

She might have her degree in psychology (with a minor in women’s and gender studies), but she’s not done yet. She’s looking to obtain a post-graduate degree from grad school, and we think that has a very spectacular ring to it. We don’t know what kind of post-grad degree she’s aiming for. Maybe an MBA? Perhaps she’d like to expand on her psychology training and go further with a Ph.D. or an MD? We don’t know.

8. Her Dad Sobered Up for Her

Many years ago, Richie Sambora was not doing so well. He was an addict who needed to sober up, but it wasn’t an easy road. If we are being honest, it’s not an easy road for anyone who suffers from addiction, and being a rock star on top of an addict might just make the entire road to recovery that much more difficult. However, he wanted to, and he credited his daughter for being the reason that he sought help for his addiction and sobered up back in 2012.

She might be a very famous child to a very famous set of parents, but she’s good about keeping her life as private as possible. She doesn’t share too much, but she shares enough to keep her fans interested in what she’s got going in her life. However, she’s not someone who makes it obvious that she’s living her life to the fullest by sharing every moment of it with everyone.

You don’t expect people to be normal when they grow up in a household with a famous actress for a mother and a Rockstar father, but she’s pretty normal. She went to school, she went to college, she’s continuing her education. She hangs out with her family and lives with her mom and hangs out with her friends drinking wine and celebrating the fun that is life. She is, surprisingly, just like the rest of us. We love that.