Home
Movies
Attack The Block 2 is Coming with John Boyega 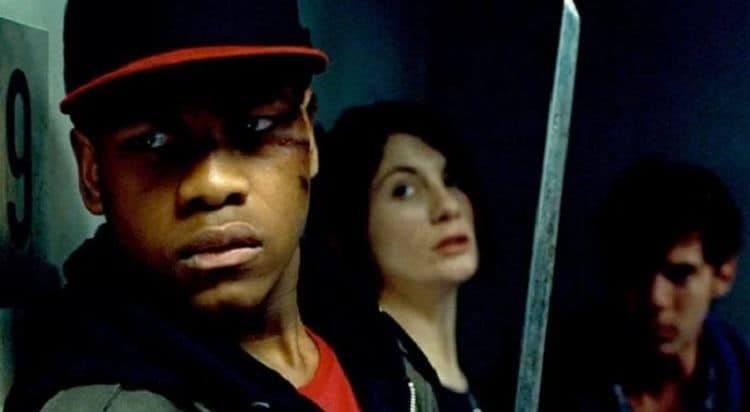 There are times when it’s amazing what people will find amusing and worth clamoring for, and Attack the Block 2 has apparently managed to get enough support that it’s been planned out and is going to happen with John Boyega returning to defend his neighborhood from the voracious aliens that sought to tear up the block in the first movie. It could be said, as a reminder, that Boyega and several of his costars were playing low-level thugs that were out to get respect and get paid and were worth very little to society as a whole in the first movie, meaning that the events of the first movie turned thugs into heroes. That would be kind of disingenuous however since there are plenty of movies out there that have turned criminals into heroes and been loved for it. In essence, Boyega’s character, Moses, was a young man looking to survive and to protect his home, kind of, and that helped to make the movie what it was.

But instead of dwelling on that, it feels better to simply state that the second movie is coming, even though there isn’t a set release date yet, or a whole lot of details since things haven’t gone that far ahead just yet. As a lot of people are bound to remember, the creatures that came to earth in the first movie were pretty vicious and insanely tough, but not so tough that a handful of individuals armed with a variety of weapons couldn’t take them out. The first movie did open up to mixed reviews, but people really started liking the movie after it was released to video, and had a great deal to say about afterward as folks have been trying to see the second movie come to fruition for a while now.

John Boyega is primed and ready to go with this project and appears as though he’s been waiting as well to see what could happen with this project. The skill and talent he’s displayed over the years have convinced people that he’s a far better actor than some might think him to be, but the issue with his Star Wars appearance has definitely put a lot of people into a tizzy since his remarks over what happened with his character have kind of soured some folks on his acting. There’s no denying that he’s a good actor, but the way he went about his complaints was less than wise when it came to gaining more screen time for Finn, the role he was given and essentially gave up on at some point in the Star Wars franchise. Attack the Block and other projects are where Boyega appears to shine without having to worry about fan backlash too much and it’s fair to say that this is where he’s going to excel at this time given that people want to see him back and there’s enough of an opening to bring the story back and do it again.

How it’s going to be brought back is kind of a good question at the moment but again, there’s plenty of material since as far as science fiction movies go, Attack the Block was fairly simple and didn’t really get into too many technical details that would create mass confusion. Continuity errors might be a bit of an issue depending on how the sequel is set up, but even that feels like less of a burden to think about than some might realize. Realistically this sequel shouldn’t be too tough since catching up with the main characters, whoever manages to come back alongside Boyega, sounds like it would make for a fairly easy story so long as nothing is made too complex or out of character.

Keeping Moses as a low-level thug might not be the desired course, but turning him into some leader that knows a bit about the aliens and is, therefore, the expert feels like it might be a stretch, plus there’s the idea that the government would step into the mix and make certain that people don’t know about the mess that happened in the first movie. There are a lot of possibilities for this sequel and it’s bound to happen that people are going to be pushing to see something that will rival, equal, or top the original movie even while in the back of their minds they might have the idea that sequels usually don’t outperform the original movies. It does happen, but not so often that it’s become a rule. Attack the Block 2 might be another exception if it can really push the boundaries of the first movie and take things in a direction that people aren’t expecting, but if that happens then it will be a surprise for certain since to be perfectly honest, the idea that the first movie was that good is debatable.