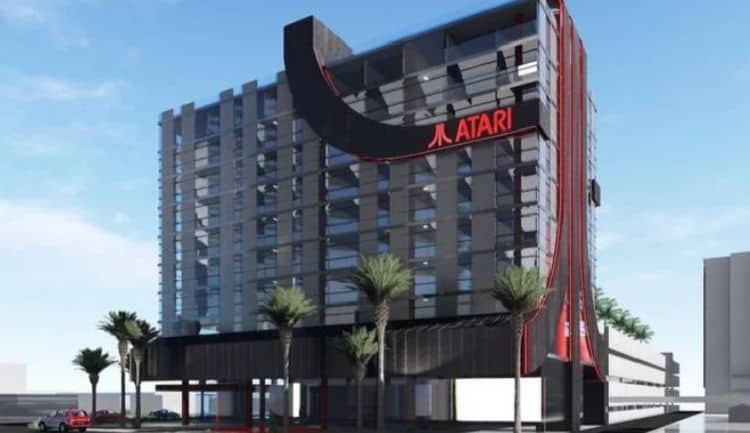 Some companies are excited enough to unveil a new gaming system, but Atari is going a step further by unveiling game-themed hotels in various cities across North America as well, taking the gaming experience to a new level as the idea is aimed at frequent travelers and families that might enjoy such an immersive experience. Some people might be wondering just what this will entail but so far the details are still vague enough that all can be really stated is that it will be unique and entirely gamer-friendly since there will be plenty of features that will lend themselves to the ideals of gaming fans and will likely be as state of the art as they can be. The very idea feels ambitious and possibly a little out there but in this new day and age it could be something that might be innovative enough and wild enough to really turn some heads and make a healthy profit, though we’re going to have to wait to find out given that the plans are still in development. It almost feels as though the new console that Atari has coming out might get dwarfed by this news but it’s also likely that each announcement will be taken as they come and will be used to heighten the public’s faith in Atari as the game console and then the hotels will be seen as giving the people what they want and then some. The press release, as per Kevin Burwick of MovieWeb, reads as follows:

“Atari, a trailblazer in the gaming industry, is pioneering an exciting new concept: a unique lodging experience combining the iconic brand with a one-of-a-kind video game-themed destination. Atari Hotels level up hotel entertainment with fully immersive experiences for every age and gaming ability, including the latest in VR and AR (Virtual and Augmented Reality). Select hotels will also feature state-of-the-art venues and studios to accommodate esports events.”

There’s also a plan to sign people up for memberships that will enable said members to obtain deals on hotel stays, merchandise, and other various benefits that can be obtained for a certain price. It does appear as though Atari is playing a long game with this one since in the short term it’s hard to say with any real faith that the idea would last that long if it was a spur of the moment kind of deal. But the inclusion of VR and AR and the possibility of esports being held within the hotel’s convention rooms is enough to think that this might be a sound idea and that it could last for a while. After all online gaming has gained a massive market and despite any misgivings from those that don’t understand it or still don’t believe that esports is anywhere near as taxing as real sports, the truth is that it’s an industry that has managed to gain a lot of attention and make a vast fortune at this point that’s only continuing to grow. Nicolas Vega of the New York Post has more to say on this matter.

For many people a hotel is a hotel is a hotel and so on. It’s a place to stay when you’re on the road and need a room, it’s a location you find when you have a need to book a place that might be near an attraction or a place of business. But in this case the hotel might actually become the attraction since the idea of creating a video game-themed hotel is something that might appear to be kind of juvenile in a way but is actually kind of a smart idea since it targets another demographic that might fully enjoy the prospect of finding a place to stay that will be entirely capable of seeing to their gaming needs. At this time the overhead for such a place sounds as though it will be incredibly high since the state of the art technology and the upkeep that might be required could possibly be wildly expensive. For that reason alone there’s a thought that the hotels might have an uphill battle to fight before they can really begin turning any serious profit. The only thing that I can think of at this point that would keep them afloat would be continuous conventions and esports events that might boost their popularity and keep people coming in and out of the door that don’t mind the constant commotion that such gatherings would likely create.

Obviously there’s a business plan in place or this idea wouldn’t even be close to being off the ground, but in terms of what people want and how their desires change so often it’s difficult to say with complete accuracy that these hotels will be profitable for a long time to come. I could be entirely wrong and off the mark, but only time will tell in this case.