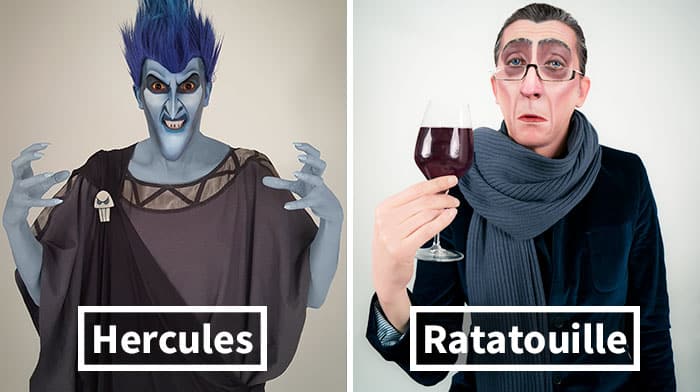 Audrey Logeais is one of the more talented artists in the business when it comes to makeup. She is a French makeup artist/cartoon designer that has gained a lot of notice within the last few years. In fact her designs are so great that just looking at them you’d think that the characters she paints had just stepped out of their movies into real life. Logeais however is not really all that interested in capturing the classic looks of princesses or heroes. When it comes to Disney she’s all about the villains. In truth she does them so well that they might pass for live action actors if they were so inclined, at least a caricature of them at least. Her work with makeup is so profound that each model comes out looking insanely similar to each iconic villain.

Here are just a few pictures of her work below. 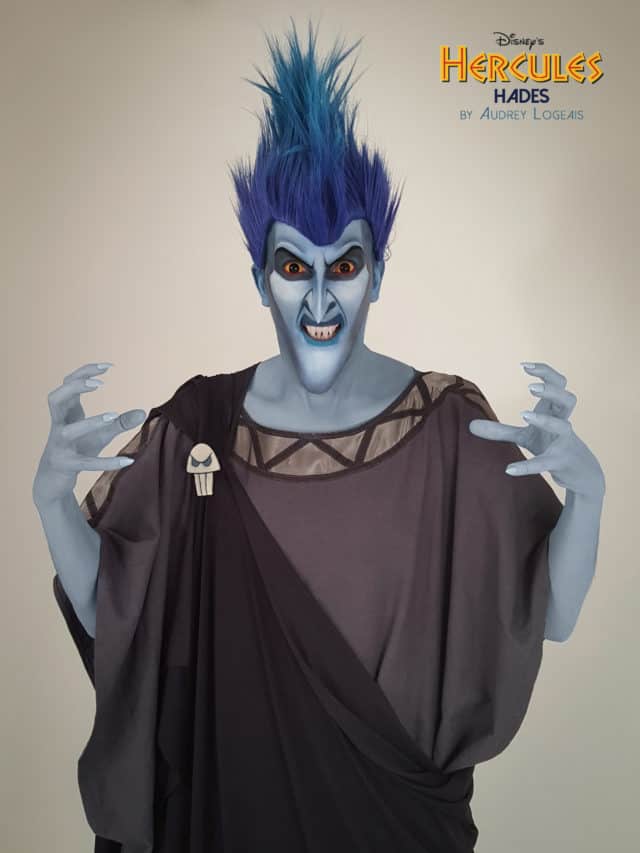 Hades in the cartoon looks almost lovable next to this character. The blue flames of his hair actually seem to leap up and look like they might start moving at any minute. Plus, his pale demeanor really comes through great thanks to Logeais’ work. 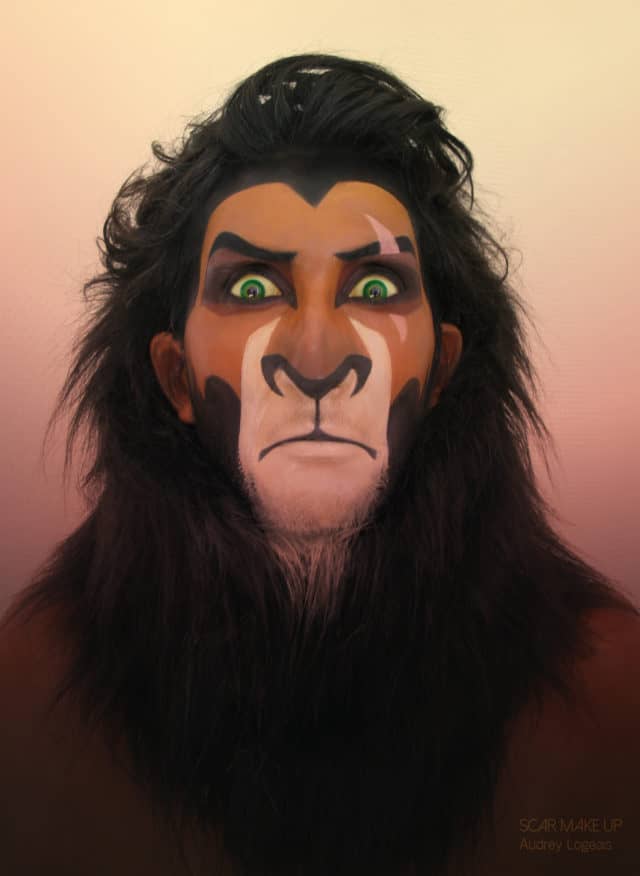 Ever watch the theatrical version of the Lion King? Somehow if they could incorporate this look I really think they wouldn’t need the added costume designs that seem to make it hard for the actors to move about sometimes. Seriously, the guy in this picture looks almost exactly like Scar, and if he were given a set of prosthetic teeth the look would be complete. 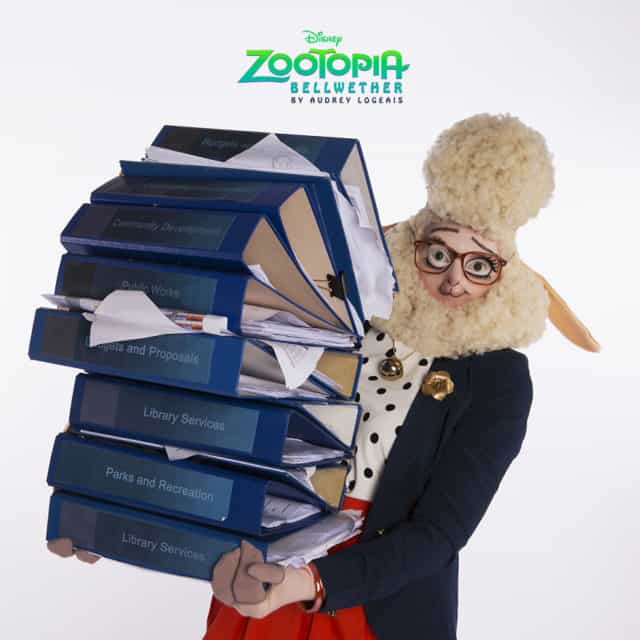 Now given the obvious size difference and the proportions of the figure this seems a little creepier than the original cartoon character, but no less comical. Bellweather was probably one of the least assuming villains in Disney history and was purposely made to look like an innocent character. This look emulates that perfectly save for the size difference, but that’s not such a huge issue. 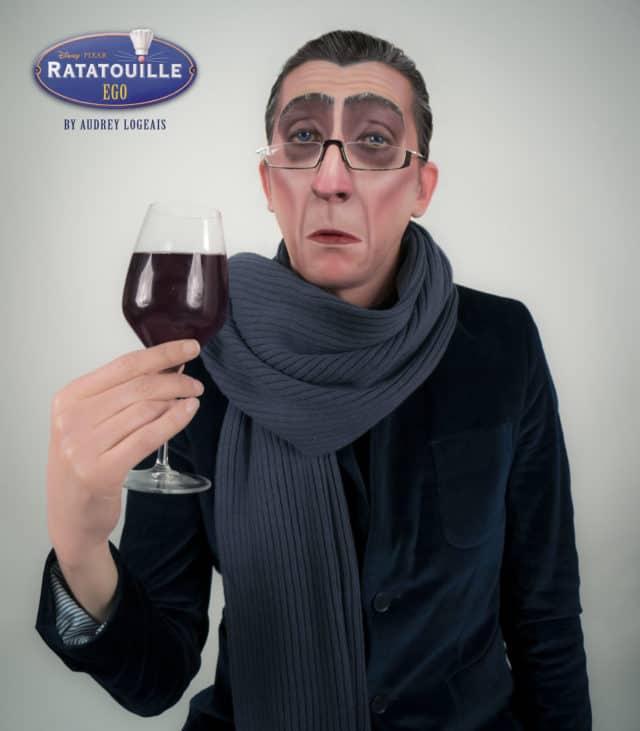 It might not seem fair to call Ego the villain of Ratatouille, but he was the main antagonist after all. Logeais captures his arrogance and self-assurance perfectly with this look. 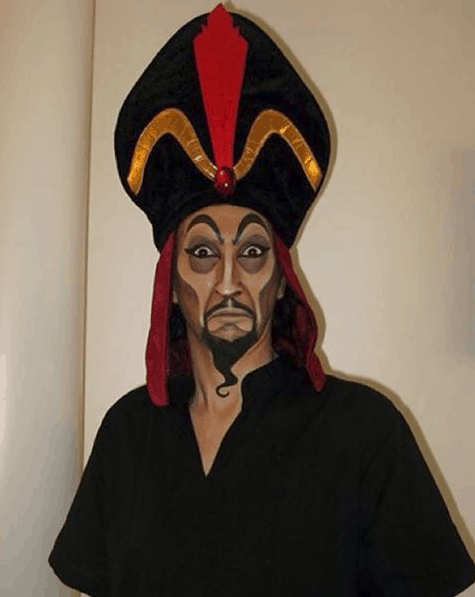 If it’s even possible Jafar looks even more annoyed and flat out disgusted than he ever did in the cartoon. The squiggly beard is a nice touch and the sallow cheeks and high, arching eyebrows are well done. Even the dark circles under his eyes add a very accurate sense of the character and bring him to life in the most disturbing of ways. 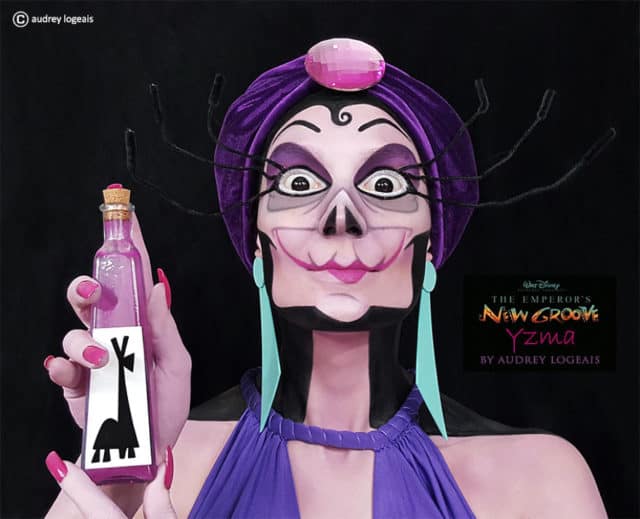 As if Yzma didn’t look creepy enough Audrey’s talents have brought her into the real world and up to a new level of creepy. This is not the person you would want to meet in a dark alley, or a lit one for that matter. Logeais’ talents are simply amazing but this one just borders on the absolutely frightening.

It’s easy to see why someone would choose to dress up their models as the villain over a princess. Most women could easily model as one princess or another and the artist could easily make the look work. But to don the guise of a villain takes an artist that’s truly devoted to the craft and doesn’t mind a challenge.