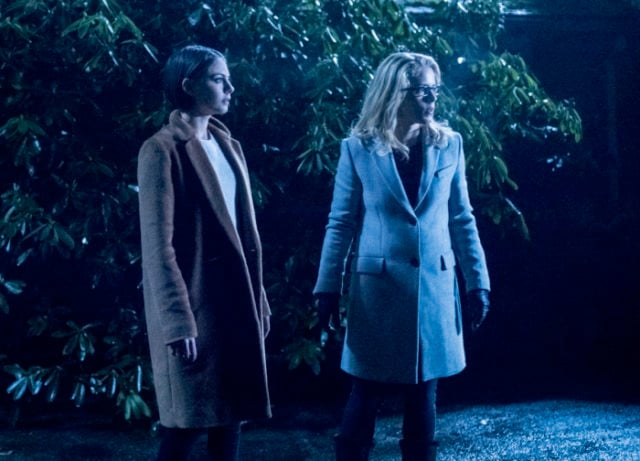 Let’s get this out of the way really quickly: “Collision Course” is the worst episode of Arrow Season 6 so far. By a long shot. It’s an hour of television that seeks to create drama by any means necessary, and that’s it. Consistent characterization? Forget it. Compelling storytelling? No thanks. Intriguing plot? Not this time around. Instead, all we receive is cheap, misguided, and manufactured drama, and the show’s characters and actors deserve better than that.

And this isn’t an Original Team Arrow versus the Newbies thing. It’s not about preference. I’ll be fully transparent here: Oliver, Diggle, and Felicity have always been my favorite characters on Arrow since the show’s first season. They are what brought me into the show when it first premiered in 2012, and they are what keep me around, even when they are dealt horrible storylines or horrendously out-of-character dialogue (like Felicity’s line about her company’s prototype being more important than Dig’s health in tonight’s episode).

However, anyone who has read my reviews from the past season and a half also knows that I have grown to really like and appreciate Dinah, Rene, and Curtis. I cheered for Dinah as she recovered from her loss of Vincent and regained purpose as Black Canary and as a police officer last season. I hoped the best for Rene as he fought to become Zoe’s guardian again. And I empathized with Curtis when his marriage fell apart because of his devotion and commitment to Team Arrow. I care about these characters. I root for these characters. I don’t need them to be perfect, but I need them to be relatable. I need their motivations to be understandable. I need them to feel like real people, people that I want to spend an hour with every week even when they are at their worst.

But those characters that I rooted for, those characters that I was growing to love, they’re gone. It’s as if the Arrow creative team has replaced them with soulless copies, androids that look and talk like Dinah, Rene, and Curtis but actually aren’t them. Because the Dinah, Rene, and Curtis I’ve known for the past couple of seasons would not be able to be as selfish, mean-spirited, and hypocritical as these three characters are in “Collision Course.” The Dinah who tells Curtis to hack into the chip in Diggle’s arm, even though she knows it will cause him incredible pain, is not my Dinah. The Rene who has the gall to call Oliver a “thug” and provoke him by using William’s name is not my Rene. The Curtis who has the nerve to give a speech to Dinah about how they are better than Oliver and to tell Felicity and Diggle that the Newbies are done with them because of Oliver hurting Rene (when Rene was swinging an ax at Oliver right before) is not my Curtis.

Characters make mistakes; they can be jealous and arrogant and naive. But if you remove the very nature of them, if you strip away their integrity, humility, and compassion, what’s left? You have nothing but the shells of these characters; they don’t feel like authentic people anymore–they’re pawns on a chess board, mouthpieces delivering dialogue and puppets performing actions to move the nonsensical plot forward. Nothing else. It’s sad but true, and that’s what the Arrow writers have done to Dinah, Rene, and Curtis.

And fortunately, they have only done that to them. They still allow Oliver, Diggle, Felicity, and even Quentin to show their humanity through their complicated and (especially in Quentin’s case) downright questionable actions. When Oliver tells Dinah to not kill Black Siren, he admits that he hasn’t set the best example in the past; he’s self-aware enough that he acknowledges the mistakes he’s made and the people he has killed, and he’s not trying to act above Dinah in anyway. In fact, Oliver’s history with killing informs his words to Dinah; it’s because he’s gone down this dark path of revenge before and understands the toll it takes that he’s trying to lead her away from it. Before OTA heads out to battle the Newbies, Diggle takes a moment to ask Oliver if they’re crossing a line. He’s not concerned about who’s right and who’s wrong in this scenario; he just wants to make sure that they don’t lose these bonds with people they care about forever. It’s what motivates him, along with Felicity, to go and visit Rene in the hospital at the end of the episode, even after Curtis hacked the chip in his arm, even after Rene (accidentally) shot Felicity. The two of them are able to be bigger people, to put aside their own feelings of anger and disappointment, because Rene’s life, and their connection to him, is more important. We never see that type of compassion from Dinah or Curtis; the two of them never take a moment to wonder how Diggle’s arm might be feeling after their battle. That’s where the difference between the two teams lies: one is mature and thoughtful enough to show legitimate care and concern for their “rivals,” while the other acts like an arrogant, self-centered child who’s run away from home and can’t stop complaining about how unfair their parents are.

As I mentioned above, even Quentin, who arguably behaves more selfishly than anyone else in “Collision Course,” is more self-aware than the Newbies. After Black Siren shows her true, villainous colors (yet again) at the end of the episode, fleeing the cabin and leaving Star City completely bankrupt, Quentin tells Thea that he “screwed up.” While she tries to assuage him of his guilt (because Thea is a good person and also because of the complicated father/daughter issues she’s had in the past), Quentin’s face says it all: guilt and doubt and regret are eating him alive. And frankly, they should be. He puts all of Star City at risk so that he can try to connect with Black Siren. It’s as irrational and stupid of a decision as we’ve ever seen Quentin make, but can we really be all that surprised? This whole half-baked redemption arc for Black Siren has been irrational and stupid from the start, a complete and total waste of Paul Blackthorne, Katie Cassidy, and Willa Holland’s talents. Can we just let Katie Cassidy play a full-on villain, Arrow writers? Given her performance on-screen, it seems like that’s what she wants to do, and that’s definitely what the majority of the Arrow viewers want as well.

Unfortunately, there are very few redeeming moments to be found in “Collision Course.” The Arrow creative team has chosen to go all-in on this Civil War-inspired storyline, but this battle between OTA and the Newbies lacks all of the weight, nuance, and heart that is found in the Captain America film. Hopefully, Arrow can bounce back with Roy returning next week and Thea suiting up again as Speedy. A fun, engaging story involving one of the show’s best duos might be enough to save what has been an uneven season for the CW superhero series. But saving and rehabilitating the characters of Dinah, Rene, and Curtis will be a much harder task for Arrow as it moves forward. To be honest, after tonight’s episode, it might be impossible.

What did everyone else think about this week’s episode of Arrow? Are you as frustrated as I am? Comment below and let me know. 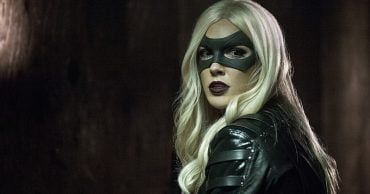 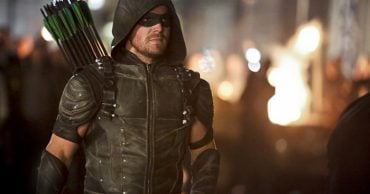 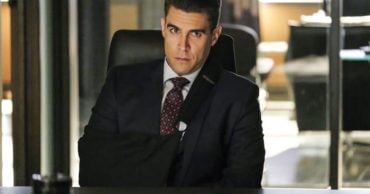 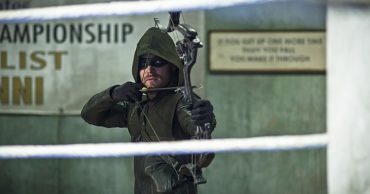 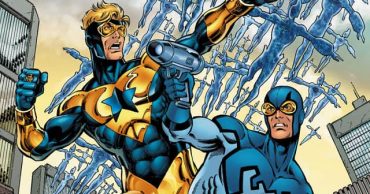 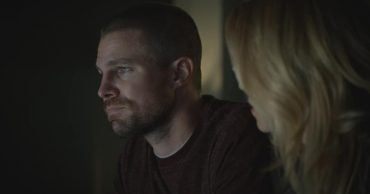