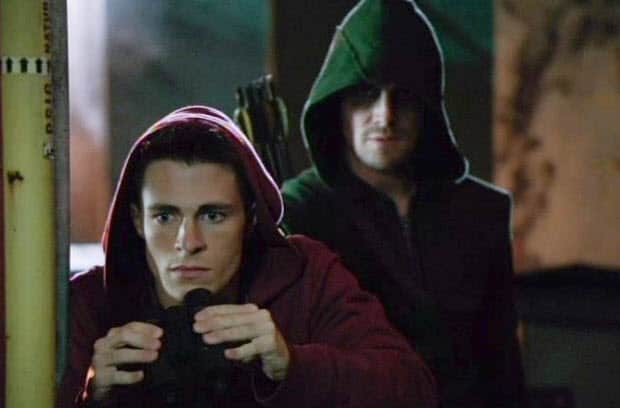 David Ramsey’s John Diggle has become an imperative character to the Arrow mythology and it’s always a fantastic opportunity when the audience can get a Diggle-centric episode. It’s safe to say that this episode was a lot better than “Trust but Verify” which was also centered about Diggle. There were some hints last season that there was a deeper connection between Lyla Michaels and Diggle.

It’s nice to see Diggle finally have a romantic relationship that isn’t with someone that was his brother’s wife. From a personal stand point, it was bothering while at some points, it did make somewhat sense. Hopefully Lyla will be a recurring character this season as Audrey Marie Anderson is very likable as her character.

Michael Rowe’s Deadshot has become a personal favorite among the Arrow’s rouge gallery and it was definitely nice to see him back again. He is, however, more of Diggle’s enemy than the Arrow’s. There are still a lot of things left that the writers can do with the Diggle and Deadshot situation. Hopefully he will be back soon this season, especially since there have been hints of the Suicide Squad coming to Arrow.

This episode also introduced Cynthia Addai-Robinson’s (Spartacus) Amanda Waller who is a major character from the DC Universe. She has always been a personal favorite since the Justice League animated shows where she was voiced by the talented C.C.H. Pounder. Was Arrow‘s interpretation of this big character successful? Yes, but it felt like she didn’t have enough screentime and hopefully this is a recurring character as well, which is most likely the case.

The executive producers would not bring in this important character for just one episode and with A.R.G.U.S. coming into play as well as the hinted Suicide Squad, viewers should be ready to see her again pretty soon. Robinson definitely pulled of being the force to be reckoned with which is one of Waller’s essential character elements.

Surprisingly, “Keep Your Enemies Closer” also revealed a lot more about Summer Glau’s Isabel Rochev. It was a nice backstory and while she has been a fun antagonist for Oliver this season, she became a bit more likable after this. The only part that was personally bothering was the one night stand, although there was a part when it was kind of funny. There was however a huge step in Oliver’s relationship with Felicity. Fans that have been hoping for “Olicity” to happen may be one step closer to getting there.

The flashbacks continues to several interesting turns and with Caity Lotz’s Canary in the present MIA for a while, it’s nice to see more of her role in the flashbacks from Oliver’s perspective.

There is still a lot that needs to be explained, but knowing that these writers are amazing in what they do, there will be more exposition as the season progresses. It can’t stress enough that Dylan Neal’s Dr. Anthony Ivo is so slick and fascinating. He is most likely now the main antagonist for the flashbacks in Season 2, similar to what Eddie Fyers was last season.

Personally, the best relationship on this show has so far been the Roy and Thea relationship so it was a big relief when they actually were able to get back together. It felt a bit odd that Jean Loring – played by the excellent Teryl Rothery— would believe that Moira’s case would be affected by her daughter’s relationship. This storyline was in the end very small and didn’t have much to do with the A-story.

There was a very interesting scene between Quentin and Roy at the beginning which could perhaps they will be teaming up together as they are both working for the Arrow. That could be a cool dynamic to explore.

Guy Bee who is a favorite director, personally, did an amazing job as always especially since this episode was set in Russia. James Bamford and his great team did once again another sensational job with the action scenes.

The writing for this episode was, as expected, strong as they are continuing to hit all the right arrows in what has been a strong season. They did drop a huge DC Easter Egg which was “H.I.V.E.,” an evil organization from the comics. While it’s uncertain what the writers are planning to do with this group, it would definitely be interesting to see how they would bring it to Arrow.

“Keep Your Enemies Closer” had very few flaws as another solid episode.