Home
Video Games
Are We Ever Going to See a Dead Space 4? 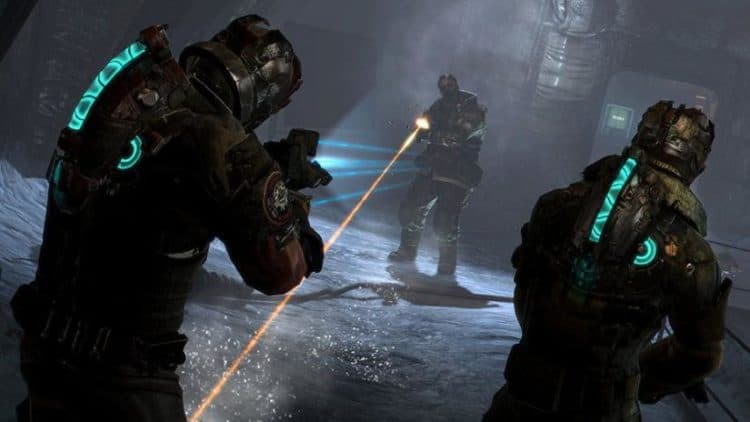 There’s certainly a desire to make a Dead Space 4 title as Matthew Byrd from Den of Geek! states, but then like you’d expect when it comes to new video game titles there’s always bound to be something in the way of that desire that’s not so easily moved. At the moment the thought seems to be that the creator would have to make a few concessions based on what COULD happen versus what he WANTS to happen. That being the case it could be that things could be stymied for a while to come and a few things in the canon might need to be ripped up and redone in order to really make it work. Video games being what they are however that could take a while to make possible since everything that goes into them seems to take a good deal of time, and then when the marketing aspect comes around it could take even longer.

Matt Joseph from We Got This Covered wrote a while back that EA confirmed that no one was working on Dead Space 4, but since that was six years ago it seems as though things might have changed just a bit and the possibility of it could be that there might be a game on the horizon. It’s also possible though that a decade will pass before we get to see anything come to fruition since the amount of work and effort that goes into these games is often enough to keep them from being dished out when the fans want them. It’s not so much that a Dead Space 4 can’t happen, it’s just that EA has had a lot of other priorities to contend with over the years and this game hasn’t really been at the top of the list. To be honest it’s not too surprising since it hasn’t been one of the top-selling games throughout the history of the company and if you know anything about profits and how these businesses work then you’d know that if something isn’t making money but is still loved by the fans then it’s bound to be pushed to the side for something that can increase the profits and make more money no matter if the fans like it or not. Of course if they don’t like it and the profits go down then the company has to evaluate the situation and act accordingly, meaning that they’ll need to go back to the drawing board and figure out something that might work that might conform to what the fans want and can still make a healthy profit.

Christopher Gates from Looper reminds us that the original Dead Space game sold quite well and was up into the millions as far as how many units were moved. But after that it kind of started going downhill as the initial idea tended to get a little winded after starting out so quick from the gate. By Dead Space 3 people were actually starting to drop off from the idea and any intention of making a Dead Space 4, which is still very much a reality, started to decline as well. That’s the business though, it’s all well and good to make these games to the liking of the designers and programmers so long as they’re going to sell, but otherwise that’s a lot of working hours that need to be paid out for something that’s not going to net a healthy profit for the company to feel secure. When that happens titles tend to go the way of the dodo and any and all interest in making more of them tends to go with it. The sad part about this is that the idea of the game is still very enticing and the idea that it could be reworked and somehow reviewed so as to make it seem a little more interesting is strong enough that it should be able to carry it through. But with so many other titles on the docket and so many other opportunities to make a buck out there it’s not likely that EA is going to be a whole lot of energy into bringing back something that they saw lose money by the third installment.

At this point a complete reboot might make a lot more sense than another sequel since not only has the horror aspect in video games changed, but the whole dynamic of the game needs to be updated as well. The studio that created the game doesn’t even exist anymore and the creators, despite their interest, have moved on to other things. It’s not to say that Dead Space is going to go away entirely, but if it has any plans of coming back then it’s time to change things up in a big way and remember what it was that got people interested in the first place.